Just when you thought phone plans couldn’t get any bigger, Optus has launched a new offer bringing 100GB of data and plenty of perks – costing $160 a month!

For $160, you will also get unlimited calls and texts, as well as data-free music and video streaming from services including Netflix, Stan, Spotify, Google Play Music and Pandora.

As with a lot of high-end Optus plans, you’ll also get access to Optus Sport, which includes exclusive coverage of the English Premier League.

The plan can be bundled with any mobile phone in Optus’ range, with many available at no extra cost. The iPhone 7 (32GB), for example, would ordinarily cost an extra $44 a month, but on the $160 plan it’s included in the price. This brings the total minimum cost over 24 months to $3,840.

“We were the first to launch plans that removed excess data fees… now we’re raising the stakes again by giving customers even more value – more data, more roaming and data-free entertainment,” he said.

100GB of 4G data on a phone plan is unprecedented in Australia. Previously, the most data available on a phone plan was through Jeenee Mobile, Exetel and SpinTel, which all offer 90GB for around the $70 a month range. The only caveat with this is that these plans use 3G data, whereas Optus’ new plan uses 4G data, which is markedly faster in metro areas.

Optus also gives you the opportunity to pool this data with up to five other eligible mobile broadband and mobile devices. This still potentially gives 20GB of data to each device, but as a data pool some users may use more than others.

Optus also entices customers with a new phone deal. By visiting one of Optus’ stores, customers can return their current phone in “good working order” and pay a fee of $99 to get a brand new phone on a 24 month plan.

As a further enticement, Optus also gives customers the chance to try out the plan and phone for 30 days. If unsatisfied, customers can return the phone (in “good working order”) without incurring a cancellation fee, and simply pay the first month’s $160 fee.

Along with the $160 plan, Optus has also introduced a $130 plan, which offers much the same type of deal but with 30GB of data, which is perhaps decidedly less exciting. Nevertheless, Optus has really pushed the boundaries with 100GB of 4G data. 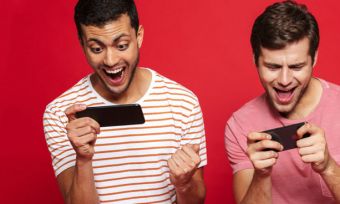 Vodafone phone deals: get 200GB for only $55 per month

Get $200 off Samsung Galaxy 5G and OPPO phones with Telstra

October prepaid offers: Get 55GB for $18 and more cheap deals