Calling all potato lovers – rather than counting calories and keeping to a strict diet, eating spuds might actually help you lose weight.

A new study, conducted by the University of Leeds in the UK, found that low-density energy foods such as potatoes, rice and pasta are more effective when it comes to reducing food cravings.

The study analysed two groups of women on separate diets. The first group was placed on a low energy density diet, while the second group was on a restricted diet of 1,400 calories a day.

The women on the low energy density diet lost around six kilograms after 14 weeks. In contrast, the second group lost just over three kilograms on average in the same time period.

Low energy density foods contain higher levels of water, protein and fibre, but with fewer calories, so participants were able to eat bigger portion sizes to fill them up.

It was also found that other fresh fruits, vegetables, lean meats, fish and eggs have the same effect due to containing fewer calories per bite.

Psychologist and lead author of the study, Dr Nicola Buckland, explained that “a lot of people give up on diets because they feel hungry between meals. Our research shows that eating low energy density foods can help overcome that problem.

“Gram for gram, low energy dense foods contain fewer calories than high energy density foods, so people are able to eat a larger volume of food for the same (or lower) calorie intake, leading them to feel much fuller,” she said.

“For example, someone would have to eat around 250g of carrots to consume 100 calories whereas it would take just 20g of chocolate to achieve a similar calorie intake, yet the greater volume of carrots is likely to make you much fuller.

“This study has produced the first evidence that low energy density meals reduce hunger for food among people who are following a weight loss plan,” Dr Buckland added.

Dr Jacquie Lavin, Slimming World’s Head of Nutrition and Research, said: “We might think we need to be overly strict with ourselves when we’re losing weight but this type of restrictive approach ultimately leaves us feeling more hungry and deprived.

“By filling up on low energy dense foods people can eat a larger amount of food and feel more satisfied while they lose weight so they feel better able to stay on track, and they never have to feel guilty about what they’re eating or how much is on their plate.”

People who followed a diet of low energy density food such as vegetables, lean meat and rice were more likely to feel full than those who tried to restrict their calorie intake, according to research. https://t.co/qOaSto6pQ8 via @UniversityLeeds pic.twitter.com/MEio2LTzkA

Ice cream might also not be all bad, with a new brand – Halo Top – offering a whole tub of low-sugar and low-fat ice cream that only contains between 280 and 360 calories. This is almost a third of the calories in other ice creams, like Ben & Jerry’s. 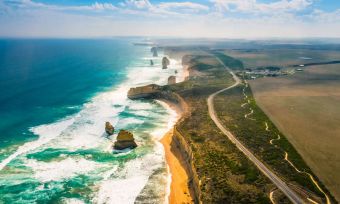