When it comes to picking a phone plan, it’s all about determining which offers you the best value for money. For many people, this will be a simple trade-off between data allowance and price – the more you get, the more it will cost. Data and price are directly related, with most plans topping out at around 15GBs per month. But what if you could get an almost unbelievable 30GBs of mobile data for the same amount? Is it too good to be true? Yes and no.

Three Aussie mobile carriers are currently offering 30GBs of data along with the now obligatory unlimited calls and texts, all for around $50 a month. That’s double the data you’d get with some SIM only plans at a similar price, plus there is the bonus of no lock-in contract. With the big telcos in particular, their best SIM deals are usually only available on 12 month terms. However, there is a catch.

These huge-data plans from Jeenee Mobile, Exetel and SpinTel are only available with 3G mobile coverage, as opposed to the 4G coverage you can expect with most other service providers. These three carriers also provide 4G mobile plans, but you won’t get anything like the same data allowance.

Jeenee Mobile, Exetel and SpinTel have certainly found a way to stand out from the crowd, but are these plans really worth a go? The answer is ‘maybe’. These huge-data plans have suddenly emerged at a time of transition for Australian mobile networks, with Telstra announcing the shutting down of its 2G mobile network, while Optus and Vodafone are both testing new 5G technology. When you also consider that Telstra’s 4GX network is still being rolled out across parts of the country, 3G is starting to look rather obsolete.

However, the reality is that many areas of Australia still rely purely on 3G coverage. If you live in an area where 3G is as good as it gets, these huge-data offers from Jeenee Mobile, Exetel and SpinTel, which all use the Optus 3G network, look very appealing. Likewise if you have an old mobile phone which can only connect to 3G networks, you won’t find a better offer.

What if you have 4G coverage?

What if you have access to 4G coverage in your area? Is there really such a big difference between 3G and 4G? While 3G should allow you to scroll through Facebook or Twitter on the bus home from work with no problems, you will notice the difference when you try to watch that funny cat video posted by a friend. 4G coverage can be up to 10 times faster than 3G – with download speeds of between 20 and 30 megabits per second – and mean the difference between browsing pleasure and pain. However, 4G is far from perfect, and you might find your internet performance dropping as you travel through different parts of your city on that bus ride home. Even some metro areas still rely on 3G.

Are these 3G plans as good as they look?

So, are these huge-data plans from Jeenee Mobile, Exetel and SpinTel worth your money? It depends. If you live in a metro area with reliable 4G network coverage, you will probably just find yourself frustrated if your mobile plan only allows you to connect to 3G. Videos will buffer for longer and anything multi-media will generally be slower. However, if your area is currently only covered by 3G networks, you simply won’t find better value anywhere else.

Even if you have superior 4G coverage where you live, the data on offer might still persuade you to give these 3G plans a try. The great thing is they are available on monthly terms, so you can simply walk away if it doesn’t work out. To put these mammoth plans into perspective, the following table shows what other telcos can offer if you want upwards of 10GBs per month.

The choice is yours. If you’ve become accustomed to 4G speeds on your bus ride home, then the plans in question from Jeenee Mobile, Exetel and SpinTel may not offer you the best value for money, despite their 30GBs of data. If you’re determined to get 4G coverage, Virgin Mobile, Optus and Vodafone are very competitive if you’re prepared to sign up for 12 months. For no lock-in contract terms, Yomojo offers great value, and Jeenee Mobile also has a 4G plan with 10GBs of data for just $45. 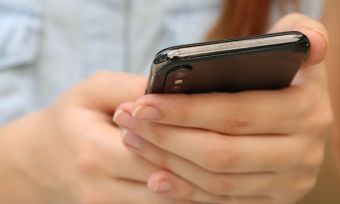 Vodafone offer: up to $120 off mobile plans