Claiming to have over 1 million customers in Australia, Virgin Mobile is one of Australia’s major telco companies, and its thousands of retail stores across Australia are a huge factor in the company’s success. Piggybacking on the Optus network doesn’t hurt either, with Virgin coverage reaching 98.5% of the population.

In 2013 Virgin withdrew all its products from third-party retailers such as Kmart and Dick Smith in order to direct more business to its retail stores; a strategy that has appeared to pay off in 2015 with the company announcing an improvement on their financial performance compared to the last quarter.

What our survey respondents say about Virgin Mobile

Canstar Blue’s most recent survey of consumers who had purchased a mobile phone handset and/or mobile phone plan from an Australian mobile phone retailer in the last 12 months (just over 1,100 people) garnered the following comments, among many others, from customers of Virgin Mobile:

Canstar Blue commissions Colmar Brunton to regularly survey Australian consumers across a range of categories to measure and track customer satisfaction. The outcomes reported are the results from customers within the survey group who have purchased a mobile phone handset and/or mobile phone plan from an Australian mobile phone retailer in the last 12 months – in this case, 1,108 people.

The other mobile phone retailer brands in this year’s survey are:

Texting temptation: to read or not read?

Messaging apps or SMS: which one to use? 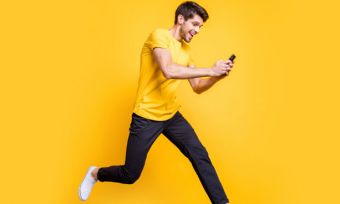