In case you’ve been in the market for a super cheap and reliable phone, Alcatel has put three new devices on the market here in Australia – the Alcatel 3L, the Alcatel 1V and the Alcatel 1B, with all three set to become available through Vodafone.

On top of this announcement, buying these units will also come with Vodafone SIM credit. If your phone has been dying recently, but you don’t want to break the bank on a new device, you should certainly consider the new phones detailed here. We’ll be going through the specs of each of these units.

The Alcatel 3L, 1V and 1B might be similar sounding phones, and being released on the same day it might be easy to confuse the bunch, but we can break it down for you. The common theme between these devices is that they’re all budget phones – they don’t have super-sophisticated technology under the hood, but they’re cheap and they’ll get the job done. Here’s some basic features:

The Alcatel 3L is Alcatel’s new high-end model, and comes strapped with an awesome range of great budget specifications.

The Alcatel 1V is Alcatel’s newest mid-range phone. It comes packed with a great set of standard phone tech specs, and is definitely worth considering for the price. 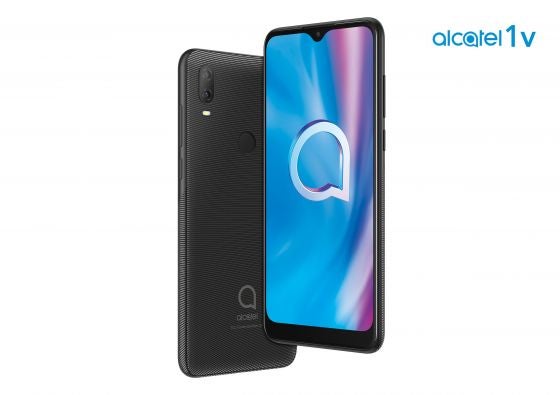 The Alcatel 1B is a no-nonsense budget phone, with tech catering to someone not looking to spend a lot on a phone. While you shouldn’t expect an outstanding performance with this phone, it will get the job done, and at a sub-$100 price it’s worth keeping an eye on.

If you like Vodafone, especially after trying out the included SIM, you should consider a Vodafone SIM-only phone plan.

The following table shows selected published Vodafone postpaid plans on Canstar Blue’s database, listed in order of cost, from the lowest to highest and then by data allowance, largest to smallest. Use our comparison tool to see plans from a range of other providers. This is a selection of products from a referral partner.

If you’re in the market for a new phone, you should also start thinking about your current plan. There’s plenty of great mobile plans on the market right now that you should consider, and these SIM only phone plans are worth looking at.

Here is a selection of postpaid plans from Canstar Blue’s database with a minimum of 10GB of data, listed in order of standard cost, lowest to highest, then by data allowance, largest to smallest. Use our comparison tool to see a range of plans from other providers. This table includes products with links to referral partners.