If you think phone plans are getting too expensive, you may want to feast your eyes on this latest deal from one of Australia’s biggest…grocery chains.

ALDI Mobile has reintroduced its one-year ‘Super Pack’, on sale as a Special Buy from Wednesday 22 August.

The Super Pack is a prepaid SIM card that lasts 365 days and comes with 12GB data. The plan also comes with unlimited national calls, SMS, and MMS. It costs $99 upfront.

The deal works out to be about 1GB data per month, costing the equivalent of $8.25. However, users receive this amount of data in a pool, which means all 12GB data can be used up as customers see fit.

Canstar Blue’s Telco Specialist, Harrison Astbury, warned that users will need to be mindful of rationing out their data over the year.

“This deal is great for light users, however if not careful, customers could easily burn through 12GB data in a month and have nothing left to play with for the rest of the year,” he said.

“The equivalent of 1GB data per month for $8.25 places this deal as one of the cheapest in the market, but you will need to pay nearly $100 upfront still, which could be a burden for some shoppers.”

ALDI states that the wholesale 4G network covers 96.5 per cent of the population, with a combined 4G and 3G coverage footprint of 98.8% covering 1.62 million square kilometres.

Customers will need to activate the Super Pack by the expiry date listed on the SIM card pack, otherwise risking credit forfeiture.

Models available include the Space Grey and Silver colours, with the packs including the Australian charging block and USB cable.

The 6S was released in September 2015, and features a 12-megapixel rear camera and a 5-megapixel front camera. It comes with 2GB RAM and a 4.7-inch display. 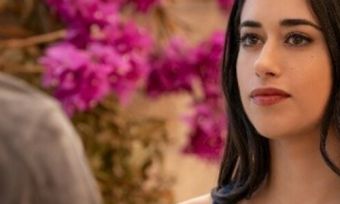