Apple’s September special event is done and dusted — and as predicted by industry insiders, the tech giant has pushed back the launch of its 2020 iPhone.

While some of us were hoping for a surprise preview of the much-anticipated iPhone 12, Apple instead stuck to announcing its all-new iPad and Watch models, plus its new bundled subscription and family and fitness services.

Despite the lack of new phones, Apple is still going ahead with its iOS 14 software upgrade, as well as the new iPad OS 14, Watch OS7 and tvOS for Apple TV. Apple’s users will be able to update their existing compatible hardware free from September 17.

We’ll cover some of these new releases and announcements in more detail in separate articles, but read on for a summary of all the shiny new toys unveiled in the latest Apple event.

Tablet fans now have the choice of two brand new iPads: the eighth-gen update to the standard iPad, and the higher-end iPad Air.

The new iPad will feature Apple’s powerful A12 Bionic chip, and is the first entry-level iPad to incorporate the tech company’s Neural Engine for powerful machine learning. This year’s iPad will include twice the graphics capability, and a 40% faster processing performance, making the device up to two times faster than Windows laptops and six times faster than the best-selling Chromebook.

If you’re looking for something that packs a little more punch, Apple’s new iPad Air offers its most powerful A14 Bionic chip for a smoother, fast and lag-free performance with increased power efficiency. The Air also includes a 7-megapixel front-facing FaceTime HD camera, plus the same 12-megapixel rear camera found in the premium iPad Pro.

With a 10.9-inch Liquid Retina display, smaller bezels and a new integrated Touch ID sensor, the Air seems like a great fit for anyone who wants an immersive screen that’s compatible with Apple Pencil and Magic Keyboard. The iPad Air will run iPad OS14, and includes a USB-C port for faster data transfer.

Apple is pricing the new iPad Air from $899 for WiFi-only, and $1,099 for WiFi and cellular. The new standard iPad is available from $499 for WiFi and $699 for WiFi with cellular, and both tablets can be ordered from Apple from September 16, with delivery commencing September 18.

Apple announced two new additions to its smartwatch lineup: the premium Apple Watch Series 6, and the more affordable Apple Watch SE. Both devices will run on the new WatchOS 7 operating system, and offer standard features such as an accelerator, gyroscope, and motion sensors for easy fitness and health tracking.

The Watch SE includes a Retina display, dual-core processor, and advanced features such as Emergency SOS and the new Family Setup. In comparison, Watch Series 6 includes all of the above, plus a next-generation always-on altimeter, new sleep tracking, and a ‘revolutionary’ Blood Oxygen sensor. Series 6 also features 18-hour battery life, a faster processor and faster charging.

The Apple Watch SE is priced from $429 for Aussie buyers, and the Watch Series 6 from $599. Both devices are available to pre-order from September 16.

Offering an alternative for parents who don’t want their kids using smartphones, Apple’s new Family Setup program allows users to connect children and family members to their own iPhone via the Apple Watch. Kids can stay connected to grown-ups through calls and messages, plus create personalised activity goals, and use Watch features such as Siri, Music, and Maps.

Parents can keep an eye on their children via location alerts, and manage and approve all contacts for safe communication. Family Setup is available as a free software update to compatible cellular models of Apple Watch Series 4 and up, and must be paired with an iPhone 6s or later running iOS 14.

Health nuts and fitness freaks can optimise their Apple Watch experience with Apple’s new Fitness+, a service that combines data and metrics from the Apple Watch with a range of personalised studio-style workouts.

If you’re not ready to return to the gym, or just prefer an at-home workout to hitting the pavement, Fitness+ has programs for all fitness levels and includes exercises such as HIIT, yoga, strength, dance, treadmill, and core.

If you love the variety of Apple services and software on offer, you can now roll multiple subscriptions onto a single plan with Apple One. The new feature allows users to combine Apple Music, Apple TV+, Apple Arcade, Apple News+, Apple Fitness+, and iCloud with one subscription, with Individual, Family, and Premier options available and a 30-day free trial for new customers.

While this latest product announcement didn’t include the newest iPhone — which is expected to be Apple’s first 5G-capable smartphone — reports suggest that the device will launch sometime next month.

If you can’t wait that long to upgrade your current smartphone, the excellent iPhone 11 series and more affordable iPhone SE are still available on plans from telcos including Telstra, Optus, and Vodafone.

The following table lists a selection of published 24-month plans for the 64GB iPhone 11 on Canstar Blue’s database, listed in order of cost from lowest to highest and then by data allowance, largest to smallest. Use our comparison tool to see plans from a range of providers. This table includes products with links to a referral partner.

The following table lists a selection of published 24-month plans for the 64GB iPhone 11 Pro on Canstar Blue’s database, listed in order of cost from lowest to highest and then by data allowance, largest to smallest. Use our comparison tool to see plans from a range of providers. This table includes products with links to a referral partner. 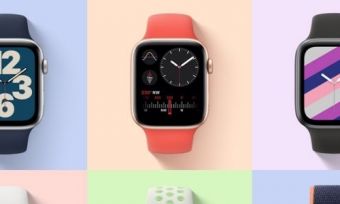