It seems we’re constantly glued to our smartphones, and battery life is suffering because of it. They’ve added so much to our lives that sometimes it’s hard to remember how we dealt with life before them. How did we order an Uber? How did we pass the time while waiting for an appointment? How did we let our friends know about the food we were eating?

In fact, smartphone internet use surpassed desktop internet use for the first time in 2015. And more astounding is that even developing nations have a decent smartphone presence. Smartphones are like a third arm, and they’re here to stay.

Of course, being that we’re so ingrained with our smartphones, battery life has taken a hit. Battery life is a major gripe when it comes to smartphones, and apps play a huge part in why you’re charging your phone at midday. Even when you think you’re done with the app, they still annoyingly run in the background. When will there be an end to this first world problem?! Some apps are worse than others, and many of the guilty are common apps we all love and use. Find out the three guiltiest apps draining our battery with Canstar Blue. 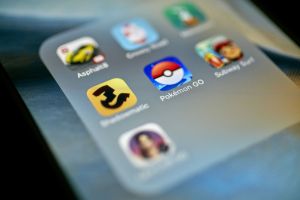 Pokemon Go exploded onto the scene in mid-2016 and while many thought it was just a fad, it seems popularity isn’t waning. People can now hunt for Pokemon in real surroundings (called augmented reality – AR) and battle the Pokemon in gyms. If you’ve seen someone mysteriously walking around at night flicking at their smartphone, don’t worry – they’re probably not trying to rob a house, they’re just on Pokemon Go and probably getting frustrated at how fast their battery life is waning.

Yes, Pokemon Go is a serious culprit of the dreaded battery drain. It’s no surprise really, when you think about it. It uses all well-known power-hungry features of your phone – data, GPS and tracking, screen brightness and screen time as well as augmented reality i.e. your phone’s camera. At worst expect to drain your phone’s battery 50 per cent in an hour or so. Though there are several tips to ensure you can catch ‘em all for longer. They are:

Pokemon Go is an immensely fun app, but it sure is a battery drainer. While you’re not totally saved from a dead smartphone using these tips, you might be able to eke an extra 10 minutes or so of Pokemon Go playing time. This could mean the difference between catching yet another Pidgey or the mythical Snorlax!

The world’s most popular social network is – perhaps unsurprisingly – a huge battery sucker as a smartphone app. Out of 1.57 billion monthly users, one billion of these used the Facebook app, and 967 million used Facebook on mobile exclusively. That’s one billion people probably groaning about Facebook draining their smartphone battery in some capacity.

There are several reasons why Facebook is a battery drainer. Being that Facebook is an immersive experience – you can catch up on news, watch videos, chat to friends, play in-app games among other things – it requires a lot of screen time to be on. Screen time – as we know from Pokemon Go – is a major battery killer. While you may not want to shorten your Facebook time, there are several ways to limit how much Facebook can hamper your battery life:

Facebook is a very well-developed app, but it is power hungry. Following these tips may be able to get a little more out of your smartphone’s battery. Though nothing is saving your battery from those endless cat videos and memes.

Snapchat might seem innocuous enough. Though, dig a little deeper and you’ll see why it can be a huge drain on the battery. Here’s why you might be left out of luck when trying to fire up that dog filter:

HOT TIP: In Snapchat’s settings, there is a ‘Travel Mode’ – this uses less data, and hence, lowers battery consumption. Use this when you’re in a pickle and need some extra battery life.

Snapchat is a very convenient app for taking photos on the fly, and taking funny selfies. But this fun can use up a lot of battery. Following these tips may be able to save your phone from imminent death.

How can I get more battery life out of my smartphone?

It’s the one million dollar question. While different operating systems are obviously vastly different, there are several, universal power-saving tips which apply to all platforms.

HOT TIP: Keep a phone charger at home, at work and in the car. If you can keep your phone’s battery topped off throughout the day, you’re less likely to run out of battery when you need it.

All in all, it seems like there are lots of things to consider when gaining some measly minutes extra from your battery. Though, it soon becomes second nature to quickly run through some practices to preserve your battery. While we become more media hungry, our taste for slimmer phones means that battery life is often compromised. Using these tips while using these three apps may be able to keep your charge for longer. 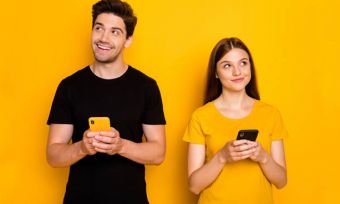