The ROG (Republic of Gamers) Phone 5 series is the latest in ASUS’ exploration of phone gaming. Last year’s ROG Phone 3 was well received, and it looks like the ROG Phone 5 is building off of its success by offering a choice of three new models.

Each phone has slightly different specifications, with the Pro only available in black and the Ultimate only available in white. These phones are also 5G-capable, and will likely have different price points (these are to be announced). You’ll find that the backs of these phones also have a colour-changing RGB light, in the shape of the Republic of Gamers logo. 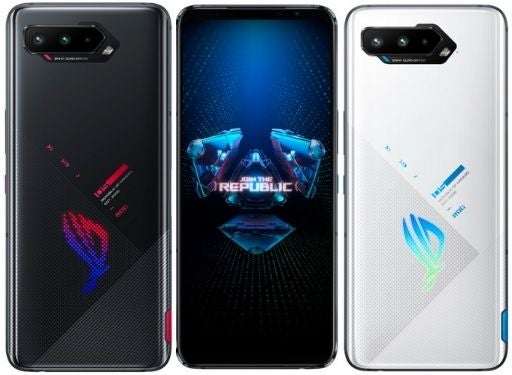 Each phone runs on Android, and includes a Snapdragon 888 5G CPU with an Adreno 660 GPU. The screen is 6.78 inches, with a 144 Hz display and a 1 ms refresh rate. The phone will weigh 239 grams, which is roughly 75 grams heavier than an iPhone 12. Fingerprint and facial recognition is also in-built.

The ROG 5 range all come with a massive 6,000mAh battery, and a USB-C port at the bottom for charging. There’s also an additional USB-C port on the left side of the phone, which is intended for a detachable fan that you can sit on the back of your device. This might seem irregular, but it’s to stop the phone overheating during high-performance gameplay. The external fan is a unique feature of ROG Phones, and is included in the box. The detachable fan also has a headphone jack.

The camera on the front of each ROG 5 device is 24MP, and the three cameras on the back are 64MP, 13MP and 5MP. Don’t expect camera performance to be amazing on these phones, as the main design focus is gaming – hence a high-definition display and powerful processor and battery. 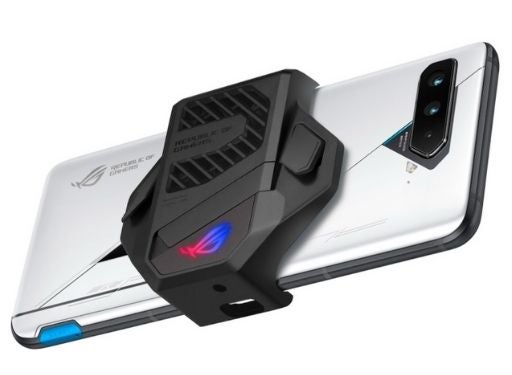 The ROG Phone 5: Pricing and availability

Pricing hasn’t been announced by ASUS either, although if it’s anything like the ROG Phone 3, it’ll start at around $1,500, which was the RRP of last year’s model.

If you’re interested in picking up a new handset, consider pairing your device with a new SIM-only phone plan. Phone gaming won’t chip away heavily at your monthly data allowances, but the last thing you want is not enough data when you need it most. You can find a selection of postpaid and prepaid plans below.