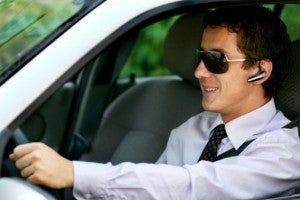 Almost two-thirds of small business owners believe their operation runs more efficiently when they are constantly on the move, according to a survey.

It found Australian bosses, with fewer than 20 employees, are collectively working on the road for more than 15 million hours every week in a bid to boost productivity and improve their work/life balance.

The Galaxy Research study, commissioned by Optus SMB, found that 60% of owners believe they can run their business more effectively when they are out on the road, instead of driving a desk.In addition, 68% of the 500 owners surveyed said that performing business tasks on the move enables them to more effectively juggle their work/life balance.

Almost two-thirds said being out of the office and working on the move improved their business efficiency, while a quarter said it allowed them to reach out to more customers and provided more time to grow their business.

Rob Parcell, Managing Director of Optus Wholesale, Satellite and SMB, said having the right technology and easy access to fast mobile data is the key to remaining productive on the move.

“This study shows that Australia’s small business owners want to innovate but also that they want mobile technology that works for them,” Mr Parcell said.

“SMB owners indicated new technology could increase their productivity on the move, with the top wish list items being the latest smartphone, a new tablet, a better laptop, mobile access to sales and accounting software and voice dictation.

“These tools could really help small business owners become more productive and save time, which they can choose to use to complete other work or spend with their families and friends.”

A Canstar Blue survey of small business owners found that 67% believe they could get a better deal than their current phone plan offered, but 89% have been with the same service provider for several years.

The survey found business owners are spending an average of $141 per month on their phone plans.