At the dawn of every new Galaxy Note release, the conversation is often split between those who take time to incorporate the S Pen into their smartphone routine versus those who forget about the pen and end up using it like any other phone. While the new Galaxy Note 20 Ultra doesn’t do much to change that narrative with incremental updates once again, it does address the missteps of the Galaxy S20 Ultra released earlier this year, making it the Samsung flagship to buy in 2020, writes Krishan Sharma.

From the curved display and squared off edges to the stunningly gorgeous ‘Mystic Bronze’ finish, the Galaxy Note 20 Ultra is hands down the best looking smartphone that Samsung has ever made. The enormous camera bump that was such an eyesore on the Galaxy S20 Ultra feels at home on the Note thanks to subtle design touches such as how the bronze colour scheme spills onto each of the camera lens ring and around the frame of the hump itself, complementing the overall design aesthetic.

The back of the phone is a frosted matte finish which feels nice to touch and doesn’t show any fingerprints though it’s worth noting that the other two colour variants, Mystic Black and Mystic White, use a glossy finish instead.  Despite the enormous camera bump, it’s not at all top-heavy and feels perfectly balanced in the hand for such a massive phone and I found it easier to hold than the similarly sized Galaxy S20 Ultra.

Keep in mind this is a big phone designed for people who love big screens so while one handed use is doable for things like checking notifications and answering calls, you will need to use two hands to do most things. 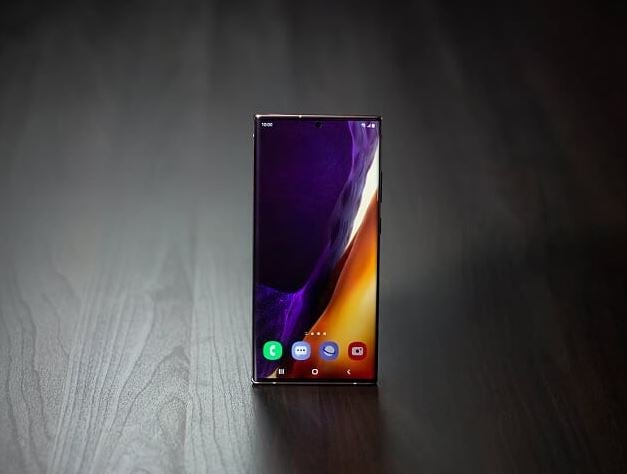 The Galaxy Note 20 Ultra is also one of the strongest handsets that Samsung has made thanks to a stainless steel frame that doesn’t get banged up as easily as the softer aluminum frame of its predecessors. This is something that iPhones have had for a few years now so it’s nice to see Android handsets coming to the party with more durable materials.

The Note 20 Ultra is also the first handset to use Gorilla Glass Victus that according to Corning, can withstand drops of up to 2 metres and is more scratch resistant than the Gorilla Glass 6 normally found on the other premium handsets. However, it’s worth noting that the glass protecting the camera hump is still made of Gorilla Glass 6 and since it juts out in such dramatic fashion, it will likely take the brunt of any fall upon impact, making a protective case a mandatory accessory. I also found that the camera bump has a tendency to catch onto the inside of my pocket which a decent case should remedy.

The significant camera hump also means that it doesn’t lay completely flat on a table, causing the handset to wobble from side to side when writing with the included S-Pen (more on that later). 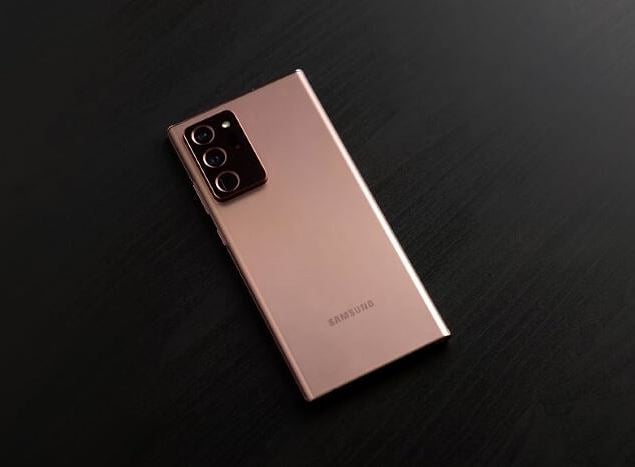 Performance: we’ve seen this before

The 6.9-inch OLED display has all the visual spectacle you would expect at this price point with a razor sharp 3K resolution, HDR10+ support, fast 120Hz refresh rate and excellent screen visibility outdoors under bright sunlight. The caveat is that unless you drop down the resolution to HD, you will be limited to 60Hz. It is a shame given that the Samsung supplied displays on both the OnePlus 8 Pro and Oppo Find X2 Pro allow you to run the display at 120Hz and 3K resolution with no issues.

Samsung’s ultrasonic in-screen fingerprint reader still isn’t as fast or as consistent as the optical based ones found on competing handsets either.

Samsung uses the same Exynos 990 chip found on the S20 Ultra and performance on the Note 20 Ultra unsurprisingly feels identical – fast, smooth and responsive. Software experience is mostly great but I did notice a few issues during my review period such as the on-screen keyboard not showing up in some apps or the playback controls not going away when playing back videos in full screen. 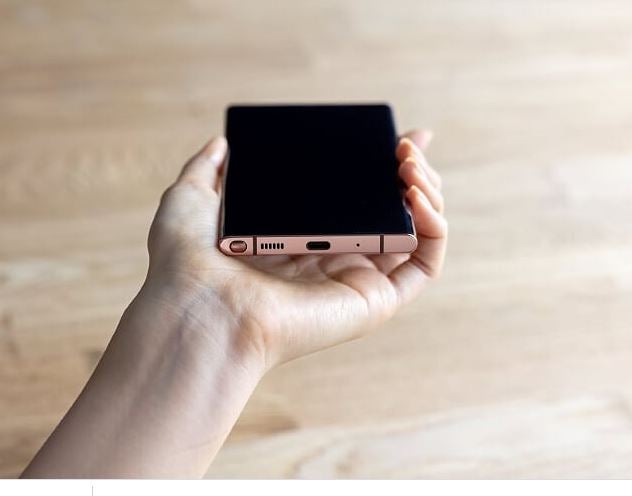 The battery life is disappointing for a flagship smartphone marketed as a workhorse, barely scratching five hours of screen on time with a mixture of web browsing, social media, music and video streaming and Google Maps for navigation. While it should get you through a normal day of use, don’t expect much left in the tank. In comparison, it’s well short of the two day endurance champs of Huawei flagships and the iPhone 11 Pro Max.

Samsung has also reduced fast charging support to a maximum of 25W instead of the 45W seen in last year’s models. With the bundled 25W fast charger, went from dead flat to 100 percent in around 70 minutes. While that pales in comparison to the 65W fast charging of the Oppo Find X2 Pro, the Galaxy Note 20 Ultra doesn’t use a proprietary charger so you can use any USB-C PD charger like the ones that come with the Google Pixel 4a, Apple’s iPad Pro or Macbooks and still get fast charging. 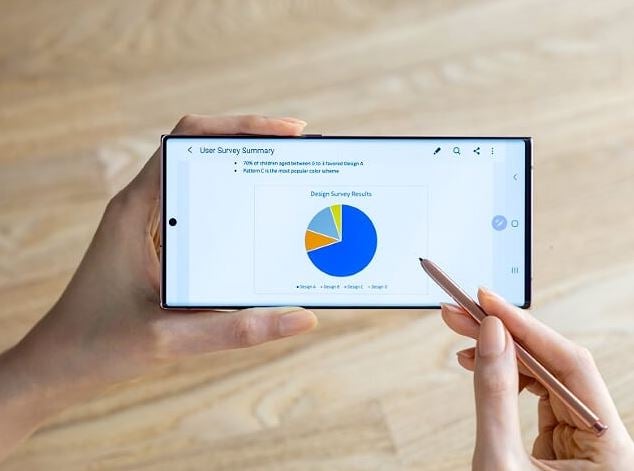 Camera: flexible as it is powerful

Samsung is using the same 108MP camera sensor for its primary shooter that it first debuted on the S20 Ultra but, crucially, the company has added a laser autofocus sensor so the camera no longer hunts for focus as it did on the S20 Ultra. This means that you get sharper looking stills and video all round.

Despite the digital zoom topping out 50x as opposed to the S20 Ultra’s 100x, the zoom on the Note 20 Ultra yields better clarity thanks to the inclusion of a new optical zoom system that works all the way up to 5x. I also found I was able to get more usable zoom shots in more lighting conditions which is probably due to the slightly wider aperture on the Note 20 Ultra than the one found on the S20 Ultra.

Night sight has been improved quite a bit as well, retaining more detail in low light situations than the Google Pixel 4 and the iPhone 11 Pro Max, sitting just below the best in class Huawei P40 Pro.

Although you can shoot at the full fat 108MP if you want to, it isn’t recommended as you lose all the extra image processing features and it is much more susceptible to image noise. I also noticed that images have a tendency to distort in this mode and shutter lag is noticeably higher. Stick to the default camera mode where all those extra megapixels are put to better use and combined into one 12MP image for better looking shots in almost any scenario.

The other benefit of having such an enormous sensor is that you get a very shallow depth of field, which better isolates your subject from the background, making for more visually impressive shots. The tradeoff is that the window for keeping everything in focus is smaller, so you will notice some blur bleeding into the edges when shooting subjects up close.

Though the depth of options may be overwhelming for newcomers, I really enjoyed shooting with the Note 20 Ultra as there’s a number of interesting and powerful features thrown into the mix that make it a much more flexible smartphone camera.  For instance, diving into the ‘Pro mode’, I can elect to have the phone record video while recording audio with the front mic only, omnidirectionally, USB mic or even just the mic built-in to Bluetooth headphones.

The Note 20 Ultra does offer 8K recording but it isn’t as crisp as you might expect and you lose things like stabilisation so unless you have a gimbal or have the phone mounted on a tripod, it isn’t particularly useful. It’s also a shame that super steady stabilisation still isn’t available in any of the 4K recording modes (limited to 1080p only). 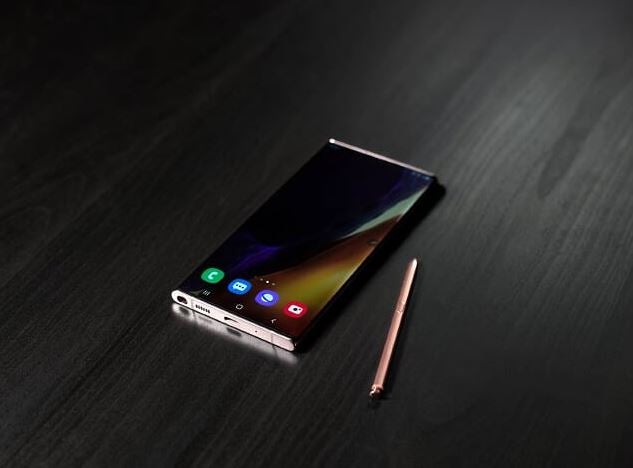 S-Pen: improved but still not essential

Most of the advancements have been made to the S-Pen experience starting with latency being cut down to just 9ms, which matches the Apple Pencil on iPads and it feels great. The difference is immediately apparent over last year’s Note 10 with the S-Pen feeling closer to writing on paper than on glass.

The default Samsung Notes app is much more capable now as well so you can do more with the S-Pen such as annotate PDFs (finally) and even sync voice recordings with your scribbled-down notes – a feature that many students and journalists will love. It also has excellent handwriting recognition so it can do things like realign your handwriting to make it look nicer straight down the page and extract your scribbles into plain text for pasting in another application. You can also now directly export your notes out to other third party apps such as Microsoft PowerPowerPoint, Google Docs and later this year, OneNote. Reminders and tasks will also sync both ways to Outlook making it more useful for those who live in a Microsoft ecosystem on PC.

That said, basic S-Pen features such as hovering to scroll still don’t work in popular apps and the new air gestures where you wave the S-Pen around to perform shortcuts don’t work consistently enough for it to be useful.

DeX which basically converts your Samsung smartphone into a desktop mobile computer experience when connected to an external monitor, now works wirelessly to any Miracast enabled television on the Note 20 Ultra. I tested DeX on my 2020 LG CX 77-inch OLED television and it worked flawlessly with no visible signs of lag though your mileage may vary depending on the age of the television you’re using.

The phone’s screen turns into a touchpad in DeX so you can guide the on-screen mouse around, tap on icons and move things around just like a traditional desktop environment and it feels more precise to use with the S-Pen. While not for everyone, I could see it being a decent solution for presentations or for remotely running streaming apps.

While it doesn’t come cheap, the Galaxy Note 20 Ultra mostly delivers on what a premium flagship should in 2020 – beautiful hardware, excellent camera, sharp display and fast performance. At the same time, there are competing handsets like the Find X2 Pro from Oppo that offer the majority of what the Note 20 Ultra offers for hundreds of dollars less, making it a good alternative for those who don’t see utility in the S-Pen.

The Samsung Galaxy Note 20 Ultra is also available on contract through Telstra, Optus and Vodafone.

Here is a selection of prepaid plans from Canstar Blue’s database for $40 or less, listed in order of standard cost, lowest to highest, then by standard data allowance, largest to smallest. If you want to see a wider range of plans from other providers our phone plan comparison tool can help. This table includes products with links to referral partners.

Here is a selection of postpaid plans from Canstar Blue’s database for $40 or less, listed in order of standard cost, lowest to highest, then by standard data allowance, largest to smallest. If you want to see a wider range of plans from other providers our phone plan comparison tool can help. This table includes products with links to referral partners.