After knocking it out of the park at the budget end with the $599 Pixel 4a, Google is looking to repeat the formula in the mid-range market with the $999 Pixel 5. However, it enters a hypercompetitive segment with strong offerings from Samsung (Galaxy S20 FE), OnePlus (8T) and Oppo (Find X2 Neo) all vying for consumer attention at similar price points, writes Krishan Sharma.

It also faces stiff competition from the 5G variant of Google’s own Pixel 4a which confusingly offers a lot of the same features as the Pixel 5 for $200 less. So, how does the Pixel 5 stack up against the competition and, more importantly, should you buy one?

Design: Less hardware for the money

One of the key differences between the Pixel 5 and the budget orientated 4a is that it uses a sturdier metal back and frame. While that sounds nice on paper, in the hand it doesn’t look or feel much different to the polycarbonate/plastic build of the 4a. There’s a textured finish which gives the Pixel 5 slightly better grip and there’s also a mint green colour option that Google calls ‘Sorta Sage’ but beyond that, you’d be hard pressed to tell the difference. That’s disappointing when you consider what the competition has been able to pull off at similar price points.

For instance, you could easily mistake the Galaxy S20 FE, Oppo Find X2 Neo and OnePlus 8T for their more expensive counterparts but you won’t be fooling anyone with the Pixel 5.

The minimum effort exterior extends to the rear fingerprint sensor which again is something you would expect to find on budget tier smartphones and not on phones costing $1,000. It’s at least a bit more consistent than a lot of the in-display fingerprint readers I’ve used.

On the plus side there’s an IP68 rating for water and dust resistance which most phones at this price point don’t have though the USB-C port seems to be overly sensitive to even the slightest sign of moisture.

The 6-inch FullHD+ (1080 x 2340) OLED display is nice and vibrant, supports HDR and runs at 90Hz, making animations and scrolling feel smooth.  That said, the OnePlus 8T and Galaxy S20 FE boast larger displays and a 120Hz refresh rate for even smoother performance.

Sadly, the stereo speakers aren’t particularly loud and lack any sort of definition in the mids and bass department so you’ll want to stick to headphones for anything other than speaker calls and listening to podcasts. Also both the Pixel 4a and 4a with 5G models boast a headphone jack while the Pixel 5 is limited to audio over USB-C only which, again, feels like a downgrade.

Under the hood you get the same Snapdragon 765 found in the 5G variant of the Pixel 4a along with a bit more RAM. It’s worth noting that the Pixel 5 isn’t as powerful as the top of the line Snapdragon 865 found in similarly priced rivals such as the OnePlus 8T and the S20 FE which deliver almost twice the performance.

To be fair, the Pixel 5 kept up nicely in actual day to day use with things like jumping between apps and moving through home screens feeling fluid but I do feel the phone would have benefited from a faster chip in other areas such as speeding up the processing time for shots taken with the camera as well as appeasing mobile gamers who value every last frame. 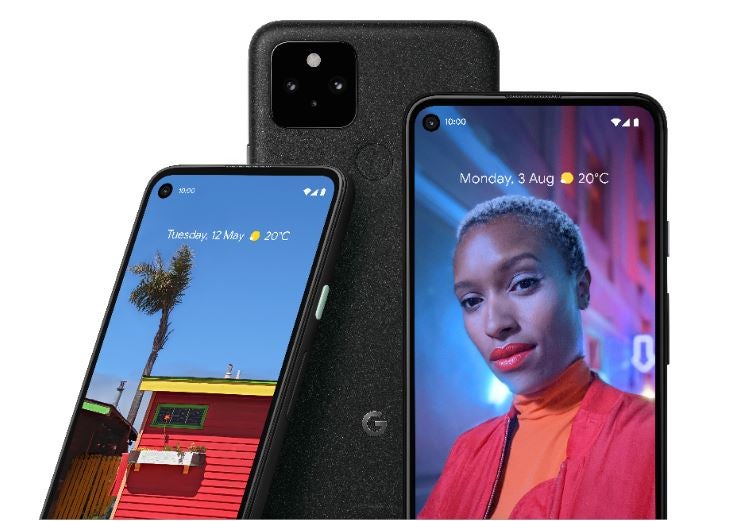 The primary 12.2MP shooter with f/1.7 aperture is virtually identical to the one found on the Pixel 4a but it does come with a few additional features exclusive to the Pixel 5 and the 5G variant of the 4a that make it a more capable photo and video shooter.

By and large, the primary shooter does a great job especially when it comes to capturing accurate colour of subjects whether they be of people or landscapes. However, I did find it to be a little less consistent than the Pixel 4a shooter particularly when it came to shooting outdoors in low light where the Pixel 5 has a tendency to blow out highlights in night mode, giving shots a somewhat washed out appearance.

For the first time in Pixel’s history we get an ultrawide lens though at just a 107-degree field of view, it can’t capture as much into the frame as the ultrawides found on competing handsets can. Notably, the Pixel 5’s ultrawide also lacks optical and electronic image stabilisation (OIS/EIS). In my testing, I found the ultrawide isn’t as well tuned as the primary camera with dynamic range and colour reproduction in particular falling short of the competition, leading to images that are either overexposed or underexposed.

There’s no dedicated telephoto lens but Google does allow for up to 7x digital zoom that I found retained good levels of detail at up to 2x, however, the Pixel 5 is still outpaced by rivals like the S20 FE which boast clearer zoom shots at up to 3x.

Portrait mode, whether shooting with the front facing or rear facing camera, is outstanding and is further enhanced by the ability to adjust the lighting in the scene after the shot is taken in what Google calls ‘Portrait Light’ mode. In fact you can adjust the lighting of shots to any old portraits in your Photos library which is impressive with the results, more often than not, looking natural rather than artificial. Google allows you to save a copy by default so you can easily compare and contrast with the original shot to see if you like the effect.

Video recording quality has been improved across the board with stabilisation in particular receiving a significant boost to the point that it feels like you’re shooting with a gimbal rather than a handheld. I enjoyed using ‘cinematic pan’ in particular, which as the name suggests, adds a Hollywood inspired slow motion pan to your video.  The only downside is that shooting with any stabilisation mode enabled, drops the recording quality down to 1080p.  Similarly, the front facing camera is capped at 1080p which is disappointing for vloggers.

The Pixel still struggles with noise when capturing video though this is more likely to do with the age of the sensor which has remained the same since the three year old Pixel 2. Hopefully Google finally makes the switch to new sensors for future Pixel phones. 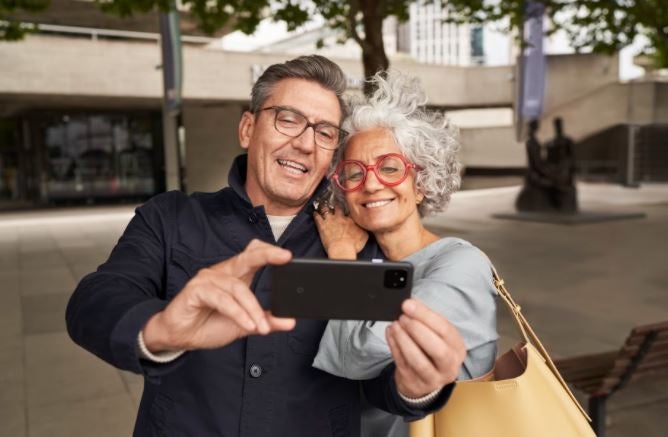 The Pixel 5 features a 4,080mAh which is impressive considering the phone’s relatively small size and it comfortably got me through a full day of use, regularly hitting 6 hours of screen on time. There’s an 18W fast charger included in the box, which can charge the phone to full capacity in around 90 minutes, as well as support for both wireless and reverse charging both of which are missing from the Pixel 4a.

The Pixel 5 ships with Android 11 as the Pixel 4a did before it and so, other than a few new camera specific features, the software is the same across the board, which is essentially a stock version of Google’s mobile OS.

If you’ve never used a Pixel phone before then you may feel that it’s missing a few quality of life features that have become standard on other flavours of Android such as the ones found on Samsung or Oppo phones. For example, the inability to uninstall apps from the home screen which instead requires a few extra couple of steps on Pixel phones or just the overall lack of customisation options to tune the OS to your liking.

I also noticed that the software isn’t as polished to the level you would expect from Google with quirks like YouTube sometimes not going into picture-in-picture mode, Google Maps not responding to prompts from the notification shade or the status bar cutting off the top of some apps.

One interesting new addition is the ‘Hold for Me’ which lets Google Assistant wait on hold when you call a toll-free number. Once you’re waiting, simply tap ‘Hold for Me’ and the Pixel will ring when the other party picks up. Right now the feature is in preview and doesn’t work if your phone is muted or there is any other media playing. It works as advertised but I do wonder how useful it’s going to be given that most businesses have the option of calling you back when you’ve reached the top of the queue. 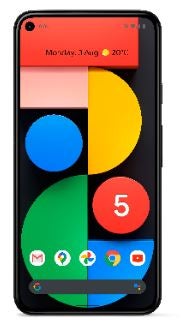 The main appeal of buying a Pixel phone has always been the clean version of Android and a killer camera but the reality is that in 2020, Google has been surpassed on both fronts by the likes of OnePlus, Oppo and Samsung. What’s more, those aforementioned rivals simply offer more capable hardware for the money than the Pixel 5.

The Pixel 4a still reigns supreme as the budget king since the competition for a sub-$600 handset with a good camera and good software simply doesn’t exist at that price point. If you can afford to spend a little more, then take a look at the $799 Pixel 4a 5G which offers almost all the features of the Pixel 5 with the added benefit of a larger screen.

Pixel 5 is available now and comes in two colours, Just Black and Sorta Sage (select retailers). It retails for $999 and can be purchased from the Google Store, Telstra, Optus, Vodafone, JB Hi-Fi, Officeworks and Harvey Norman.

Pixel 4a with 5G retails for $799 from JB Hi-Fi, Officeworks and Harvey Norman, and will be available from these retailers in addition to Google Store and Telstra in November, coming in Just Black.