Google has introduced its new upcoming smartphone – the Pixel 5a, a mid-range device set for release in a little over a week from now in the US and Japan. The Pixel 5a is a mid-range follow-up to last year’s Pixel 5, and the next model in Google’s cheaper Pixel series (characterised by the ‘a’ after the model number).

Google’s mid-range phones often receive high praise in terms of price and performance, so it’ll be interesting to see how well-received the Pixel 5a will be. Notable features of the Pixel 5a include its IP67 rating (indicating water and dust resistance), its 2400×1080 OLED display, and its price tag ($499 USD, so about $614 in Australia). The Pixel 5a will likely be announced for sale in Australia sometime in the near future.

Let’s jump into the full specs of the Google Pixel 5a. 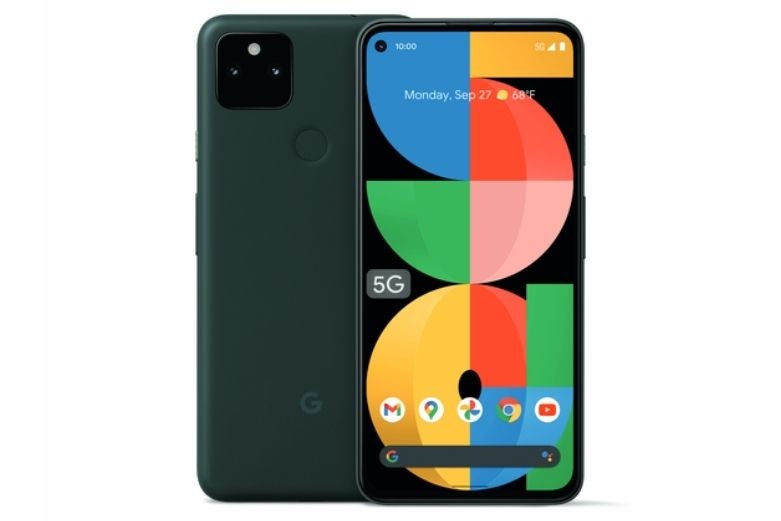 Google Pixel 5a: Specs and features

Google’s Pixel 5a smartphone is coming soon, and will likely be widely available in Australia sometime down the track (like the Pixel 5 and the Pixel 4a before it). The Pixel 5a is a budget-oriented smartphone, including some impressive specs internally, and sitting at a firm mid-range price point.

Keep in mind though that the Pixel 5a certainly is a mid-range smartphone, and that if you’re used to the screen quality and features of high-end smartphones like the iPhone 12 or the Galaxy S21, you might be disappointed by what the 5a lacks; in particular, processing capability, a faster refresh rate and fast charging.

That being said, the Pixel 5a will likely be a more than capable smartphone, and despite its price tag, is also carrying an IP67 rating, meaning it is somewhat water and dust resistant – a feature commonly avoided by budget and mid-range smartphones.

Should I get the Google Pixel 5a?

Although the Google Pixel 5a is officially releasing on August 26, we don’t know when it’ll be coming to Australia. It’s difficult to say if it’s worth waiting for or not, so instead of putting all your hopes on the Pixel 5a, why not consider another cheap smartphone for now instead?

Plenty of smartphones around the Pixel 5a price point exist that are definitely worth your consideration – in particular, the Samsung Galaxy A42 5G ($599), the Nokia X20 5G ($599) and the Realme 7 Pro ($599). There are already so many different cheap phones out there from manufacturers like OPPO, Vivo and TCL, so don’t feel like you have to get the next Pixel 5a.

While you’re shopping around for a new smartphone, consider picking up a new postpaid or prepaid plan too. If saving money is your priority, it’s worth having a browse through phone plans from time to time to make sure you’re saving as much money as possible. Data inclusions and extras are always changing, so you could end up with a bargain. You can find plans in the table below.