While they aren’t the newest batch of smartphones from Apple, the iPhone X, iPhone 8 and 8 Plus are still exciting phones, especially if you’re unsure about more expensive devices. So what are your options? You can buy your preferred new iPhone 8, or 8 Plus, outright and find a good SIM-only plan. Prices for the iPhone 8 start at $1,079. Or, you can sign up to a handset phone plan and gradually pay off your new phone in monthly instalments, alongside your plan inclusions.

Both can be good options, but in this review we’ll focus on the handset plans offered with the iPhone 8 and 8 Plus. All of the plans featured below come with unlimited talk and text, plus varying amounts of data and other extra incentives.

It’s worth noting that as these devices are now several years old, you might have trouble finding these devices and storage sizes from your telco of choice.

What are the best phone plans for the iPhone 8?

Vodafone provides the cheapest iPhone 8 plans in terms of ongoing monthly repayments. They start at around $62 each month, but for this you’ll be on a 36-month contract. If you’d like to pay off your device sooner, plans quickly escalate: the $40 Red Plan with an iPhone 8 on a 12-month contract will set you back $104.91 per month.

Starting prices with Optus and Telstra are a little higher, but these two telco giants are likely the best pick if you want bags full of entertainment features included in your bundle. Optus plans start from $61 each month on a standard 36-month payment period with $39 plan included, while Telstra charges a minimum of $71.63 if you want to own the handset on a 36-month payment plan with the base $50 plan.

The following table lists a selection of published 24-month plans for the 64GB iPhone 8 on Canstar Blue’s database, listed in order of cost from lowest to highest and then by data allowance, largest to smallest. Use our comparison tool to see plans from a range of providers. This table includes products with links to a referral partner.

Vodafone’s iPhone 8 plans are pretty interesting, as the telco is the originator of separating the plan and phone repayments. By doing this, you just have to pay for the phone repayment and can chop and change your plan as you like. However cancelling altogether will require you to pay off the remainder of your handset. Different contract lengths are available – 12, 24 or 36 months, with no total price difference between the three, only a difference in the month-to-month cost.

For example, if you choose a payment period of 12 months, you’ll be paying $79.08 per month for the 64GB iPhone 8 Plus. If you opt for the 24-month option, you’ll pay $39.54 per month, while over 36 months your device repayments will be $26.36 per month. No matter which option you choose, you’ll be paying a minimum cost of $949 in device repayments. These prices do not include the plan cost, as whichever plan you choose will be additional to your device payments.

Generally, the priciest phone plan also comes with the most data. The most data you can expect is ‘unlimited’ with 150GB full-speed data (and unlimited data at a capped speed of 1.5Mbps), for which you’ll be paying $80 per month (plus any device repayments). Overall, Vodafone benefits from having flexibility, with separation between plan and phone.

The following table lists a selection of published Vodafone 24-month plans for the 64GB iPhone 8 Plus on Canstar Blue’s database, listed in order of cost from lowest to highest and then by data allowance, largest to smallest. Use our comparison tool to see plans from a range of providers. This table includes products with links to a referral partner.

Telstra has taken a leaf from Vodafone’s book by separating device payments to the plan. This means that iPhone 8 device payments start from $41 per month over 24 months or $27.33 per month over 36 months. You can then choose from four postpaid month-to-month plans with the Small plan including 15GB data and going up to the Extra Large plan for $100 with 150GB of data. Like with Optus, you can only pick up the iPhone 8 from Telstra with stocks of the 8 Plus no longer available.

Telstra clearly has the most costly iPhone 8 plans, but you can get some good value for your money. Data-free sports and music streaming is a big plus, along with access to the Telstra Air WiFi network. Plus, the telco has taken away excess data charges from all postpaid plans, so once you go over your inclusion, you’ll still be able to use data but at a capped speed of 1.5Mbps.

The following table lists a all published Telstra 24-month plans for the 64GB iPhone 8 on Canstar Blue’s database, listed in order of cost from lowest to highest and then by data allowance, largest to smallest. Use our comparison tool to see plans from a range of providers. This table includes products with links to a referral partner.

Overall, there are some things to really consider. As now all of these telcos separate phone payments and the plans, you’ll have more flexibility to customise your phone plan.

Perhaps one of the biggest things to consider is the data inclusions. Not only can you get small and large data inclusions from all three telcos, but both Vodafone and Telstra offer essentially ‘unlimited’ data even if it’s capped to speeds of 1.5Mbps. Optus however, doesn’t include this option on any plan. Entertainment extras is another thing to consider with both Telstra and Optus offering something different. Even Vodafone has the option to add entertainment extras for an additional monthly cost.

There are lots of plans to pick from, but try not to rush in without giving it serious thought. Phone contracts are serious financial commitments and should not be taken lightly, no matter how exciting the prospect of getting your hands on the best new phones. 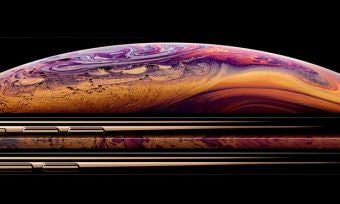