Available for download at 3am on September 21 (AEST), Apple’s new iPhone operating system, iOS 15, is bringing a range of new features and updates to your smartphone. Highlights of iOS 15 include major FaceTime updates, new focus modes, notification overhauls and more.

We’ll be going through the top five new features coming with iOS 15 in the article below. iOS 15 will be available to all iPhones including and released after the iPhone 6S, but if you’re confused, scroll down to see if your model is eligible for the update.

iOS 15 is adding lots of new features, but we’ve put together a list of some of our favourites in the points below. If you’d like a more detailed list of iOS 15 features, we prepared a guide earlier this year, when it was revealed at WWDC 2021.

iOS 15 is bringing about some systemic changes for FaceTime, Apple’s own video calling software. A huge change that is coming for FaceTime is that you can now invite other people to your FaceTime calls with a link, even if they don’t own an Apple device. This lets you join calls from the comfort of a web browser (such as Google Chrome, Mozilla Firefox, or Microsoft Edge), be it from an Android or Windows device.

That’s not where the FaceTime updates end with iOS 15. SharePlay is a new feature being added to iOS 15, which lets you watch content, listen to music, or share your device screen over FaceTime with the other people in your call. It’s a lot like Teleparty (formerly Netflix Party), and lets you enjoy your favourite shows and songs while seeing your friends and family in the corner of your device screen. Keep in mind that only some apps will offer SharePlay support – apps at the time of writing currently include Apple’s own apps (such as Apple Music and Apple TV), along with Disney+, Paramount+, TikTok and Twitch. 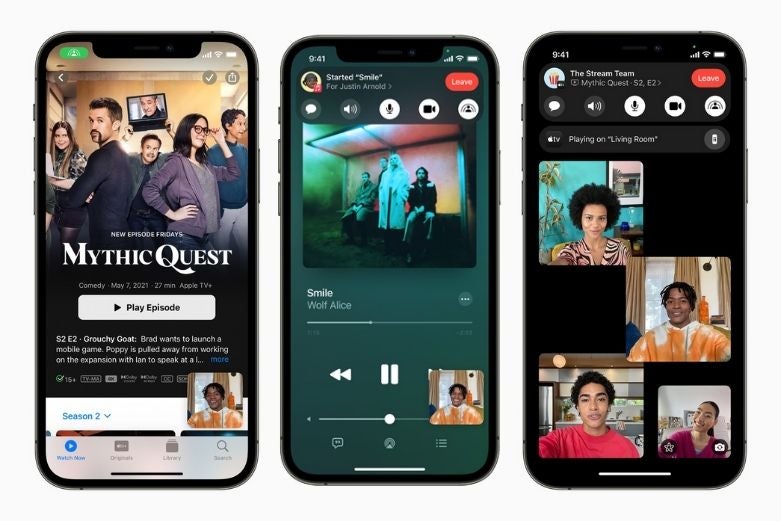 Another big feature coming to FaceTime is spatial audio, which adds direction and depth to audio coming from another person you’re FaceTiming with, taking advantage of stereo technology integrated into the device you’re using. Microphone modes are being added to FaceTime too, letting you isolate your voice and block out background sounds, along with Wide Spectrum mode, which absorbs ambient sounds in detail.

Portrait mode is also being added to FaceTime in iOS 15, sharpening your images to blur out the background, and grid view is also being added, letting you tile the other people in your call together, and keep them on the screen, while the speaker is constantly highlighted. 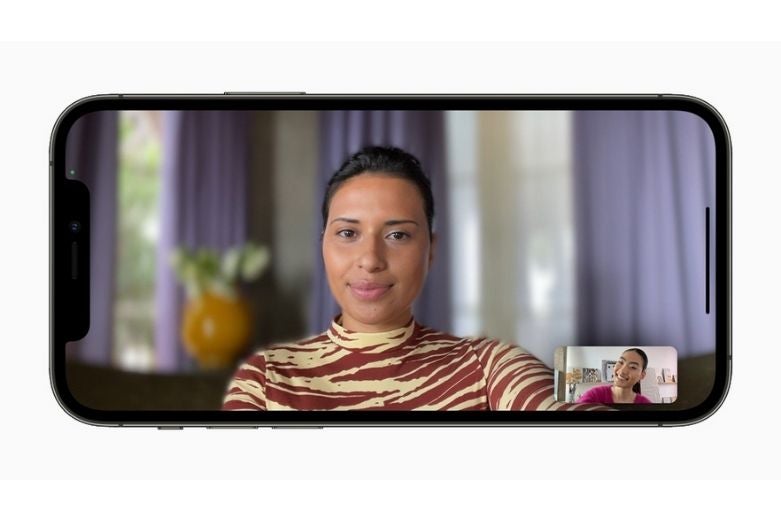 A completely new feature being added with iOS 15, Focus is a new iPhone mode that allows you can filter out apps you don’t want to distract you. This includes being able to block notifications from various apps with simple toggles, and is good to have when you’re driving or want to stay focused while working.

Pre-configured Focus modes include ‘Personal’, ‘Work’ and ‘Sleep’, although you’ll be able to configure your own custom Focus mode. Your status can even be signalled in Messages to other iOS 15 devices (including if your notifications are silenced), and despite if you’re in Focus mode or not, urgent messages can still get through to you. 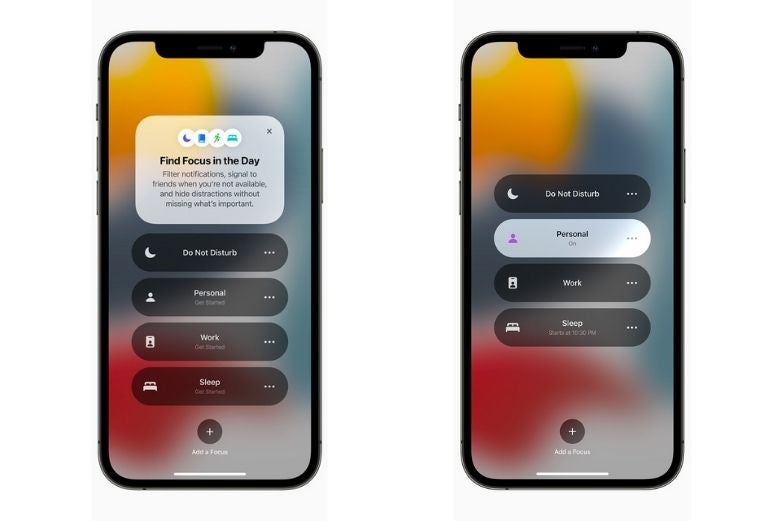 Phone notifications are getting quite the redesign in iOS 15, ultimately looking better aesthetically, while also getting some deeper features. Contact photos will now be included in individual messages, and app icons for notifications from specific apps will also be displayed.

‘Notification summary’ is also a new feature being added in iOS 15, giving you a collection of your recent notifications, delivered in an easy-to-read widget. This includes notifications from third-party apps, such as Optus Sport, cueing you in on the content you may have missed. 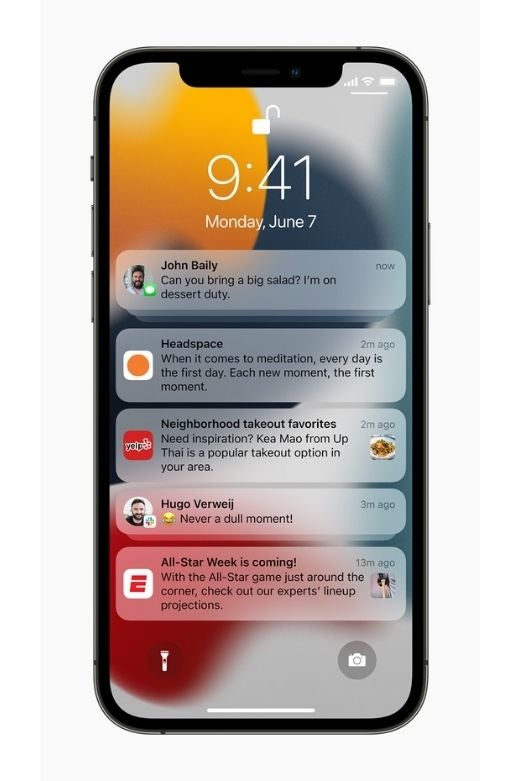 Live Text is a new feature being added with iOS 15, and it’s pretty cool. Just like with Google’s Google Lens image-to-text feature, Live Text will allow you to copy text from an image and paste the text into a note, send it to somebody, call a number on a placard, or jot down an email address. It’s a neat feature to have, and allows you to quickly transfer notes through an image from a device to your phone.

A handy trick Live Text can do is translate words from other languages into your preferred language. Currently, only English, Chinese, French, Italian, German, Portuguese and Spanish languages are supported, although more languages will likely be added in the future. Live Text works through the Camera and Photos apps, and can be enabled or disabled. 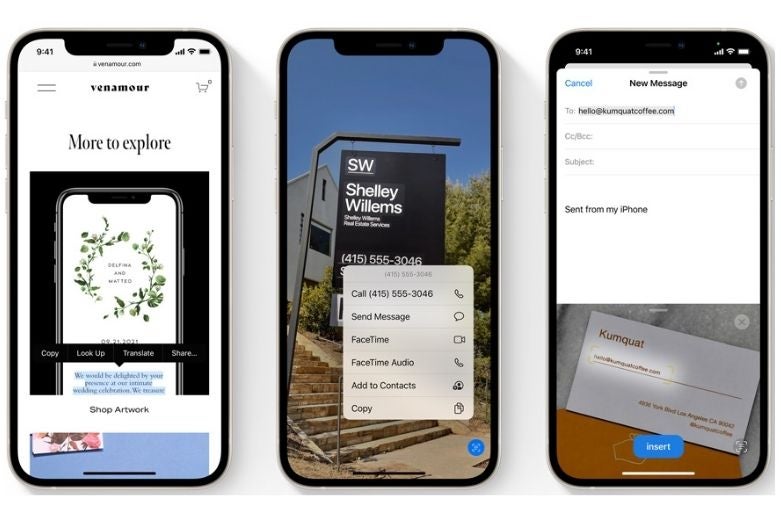 A core focus of Apple is privacy, so it’s only right that iOS 15 would come with a range of privacy updates. iOS 15 will give you greater detail and visibility into what’s looking at your data; a new feature called App Privacy Report allows you to see how apps are using the permissions you’ve allowed for them, what domains those apps connect to, and how recently they communicated with those domains.

In App Privacy Report, Safari can now detail how many trackers it prevented from accessing your data, and how many websites you’ve accessed contained trackers. 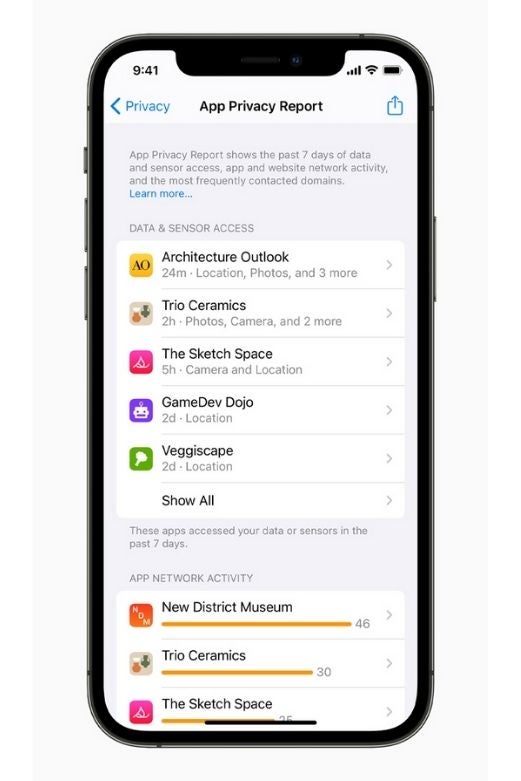 Siri is also getting a privacy update. On-device speech recognition is being added, so that Siri won’t have to communicate with a server to answer some queries. Your voice will be processed on the device as a standard, and many tasks can now be performed with Siri without an internet connection. This is an awesome update on its own, but it’s also great for privacy-minded people.

The inbuilt Mail app will be getting a privacy update too – your IP address will be hidden with Mail Privacy Protection, so senders can’t access your location or online activity. Senders will also now be unable to see if you’ve opened an email from them.

On top of these privacy updates, Apple is adding iCloud+, which adds premium new features on a subscription. One of the iCloud+ privacy features being added is iCloud Private Relay, which encrypts your online actions so that the data leaving your device isn’t recognisable, making your IP address unidentifiable to most trackers (this is currently in Beta).

Additionally, Hide My Email is another feature being added, which creates random email addresses when you sign up for online forms so that you never have to say what your actual email address is. This service is built into Mail, Safari and iCloud. iCloud+ costs start at $1.49 per month in Australia (with 50GB of cloud storage data included), although more expensive plans include more cloud data. iCloud+ can be used across all of your Apple devices, including your phone, iPad and MacBook. 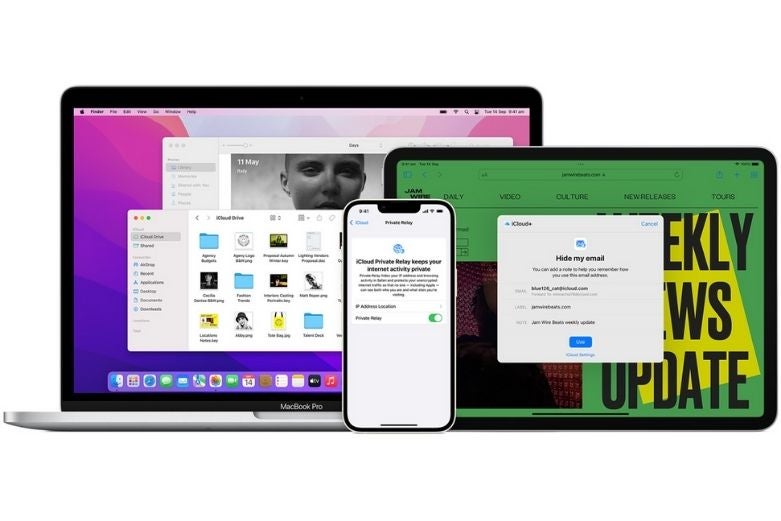 Although iOS 15 will be available to a wide range of iPhones dating back to 2015, you might want to consider an iPhone 13. Available for pre-order now and purchase on September 24, the iPhone 13 is available from Telstra, Optus and Vodafone, with the option to purchase your selected handset outright or on a plan.

The following table shows a range of 24-month plans for the 128GB iPhone 13 as published on Canstar Blue’s database, listed in order of standard monthly cost, from the lowest to highest and then by data allowance, largest to smallest. Use our phone plan comparison tool to compare plans from a range of providers. This is a selection of products with links to a referral partner.

The following table shows a range of 24-month plans for the 128GB iPhone 13 Pro as published on Canstar Blue’s database, listed in order of standard monthly cost, from the lowest to highest and then by data allowance, largest to smallest. Use our phone plan comparison tool to compare plans from a range of providers. This is a selection of products with links to a referral partner.