Making international calls used to be an expensive addition to your phone bill. But with all the advancements in video, voice call and messaging apps, it’s never been easier to keep in touch with all your friends and family overseas – you can even make video and voice calls via social media platforms.

However, although you can call friends and family overseas via a range of mobile apps – for example, WeChat or QQ  – if you’re making calls using your mobile plan’s included data, you might find your usage going up if you’re a big talker. Or perhaps your friends and family have limited internet or mobile data access, or they only have a landline number. Whatever the reason, many Australians still want an international call allowance included on their mobile plan.

Fortunately, Aussie telcos have really picked up their act with international call inclusions on mobile phone plans. Not only do the big three (Telstra, Vodafone and Optus) include international call value in some shape or form, many of the smaller mobile virtual network operators (MVNOs) also include overseas calls in plans.

When it comes to making international calls from Australia, options differ from provider to provider. Some telcos include calls to a select number or countries, while others include a call value that can be used for any country. But if you want to make calls to friends and family in China, the good news is it’s one of the easiest and most affordable countries to call.

How can I get unlimited calls to China?

Often telcos will provide unlimited calls on prepaid or postpaid plans to only a select number of countries. Because China is one of the most popular destinations for international calls, it’s almost always included as a unlimited calling option. However, one thing to double-check is if these calls are to Chinese landlines, Chinese mobiles, or to both.

Most of these providers will include the unlimited call value on select plans, usually on the more expensive options. One thing to note is that Belong, TPG and TeleChoice don’t feature unlimited international calls as a standard plan inclusion: instead, unlimited calls to China can be added to your plan for an additional monthly cost. This means that if you only really need unlimited international calls to China – rather than a large monthly data allowance – you could easily opt for the cheapest Belong, TPG or TeleChoice plan, and add on the telco’s respective international call pack.

Here is a selection of postpaid plans with unlimited calls to China. This table may include products from referral partners.

For those who prefer prepaid, these are the cheapest prepaid plans with unlimited calls to China. This table may include products from referral partners.

For phone plans that don’t include unlimited international calls, some telcos include international calls capped by minutes. The advantage to measuring calls in minutes is that you don’t have to worry about international call rates. Usually these included international minutes are restricted to certain countries as decided by the individual company, but the good news is that most telcos will include China (sometimes listed as ‘mainland China’) in the list. Whether you prefer postpaid or prepaid (or even pay-as-you-go), there are several different phone plan options available, with some included minutes more generous than others.

These are the postpaid phone plans that include international minutes to China, ranked in price order. This table may include products from referral partners.

If you’d prefer prepaid, these plans include international minutes to China and are ranked in price order. This table may include products from referral partners.

Rather than capping international calls to minutes, some telcos will instead include call value. The advantage to selecting a plan with included call value is that you’re usually not restricted by which country you can use it for – great news if you have friends and family scattered around the world. It’s also useful if you want to call a country that is often excluded from unlimited international call inclusions, or limited international minutes.

The disadvantage to included call value is that the number of minutes you get depends on the call rates on your plan. While $500 of international calls might seem like a lot, you’ll need to check the call rates and work out how many minutes you’ll be able to call each billing cycle, and whether you’ll be charged flag fall.

Here’s an example of how call rates could affect the number of minutes you can use each month:

You would need to think about how long your calls are likely to be, and factor in any flagfall charges that could cut your estimated minutes even shorter. Included call value also tends to be on postpaid phone plans, so if you’d prefer prepaid, you might need to look at the other options.

How do I know which plan is right for me?

As always, you should compare phone plans before making a decision. There are many factors to consider: even if a few plans look very similar on the surface,  other inclusions on the plan – such as data – might help you in your decision.

While the big three telcos, Testra, Optus and Vodafone, each have their own networks, smaller providers will operate as a MVNO on one of those networks. So you’ll also need to consider which network your service will be running on. As Telstra is the largest mobile network in Australia, covering 99% of the population, most parts of the country will have access to the network. Likewise with Optus as second largest network, it covers 98.5% of the population. Vodafone has slightly less coverage than Optus, but still reaches over 22 million Aussies.

Beyond the basics like prepaid vs postpaid, and unlimited vs limited call inclusions, you might find other other incentives to sign up to one telco over another. This could include access to other products that might be available from the provider, such as internet, and whether you can bundle services or receive discounts for bundling services. There might also be other discounts or bonus data offers that give you more value for your money.

Overall, if you’re  looking to make calls to China, it’s never been easier: the majority of Aussie telcos have calls to China included in mobile plans in some shape or form, so you certainly have a lot to choose from. 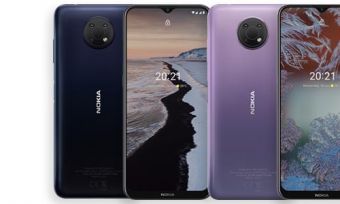 Uber and Optus team up for phone delivery trial