The OnePlus story has long been about balancing high performance with low prices that oftentimes gave more expensive rivals a run for their money. But with the OnePlus 8, and in particular the OnePlus 8 Pro, the plucky Chinese smartphone maker is outright looking to beat companies like Samsung and Apple at their own premium game, writes Krishan Sharma.

The OnePlus 8 Pro starts at $US899 ($1,430) which pits it squarely against the Samsung Galaxy S20+. For reference, that’s $US300 more expensive than last year’s OnePlus 7T. It’s a risky business strategy particularly in the current economic climate but the good news is that the OnePlus 8 Pro surpasses expectations, making it my favourite Android smartphone released to date.

Firstly, the OnePlus 8 Pro comes with 5G out of the box so you won’t be slugged with a premium for the privilege of accessing super fast network speeds. Although not officially sold in Australia, I was able to connect to Telstra’s 5G network just fine as the phone is equipped with the requisite network bands.

Secondly, the OnePlus 8 Pro is able to charge wirelessly faster than rival handsets can over a wired charger. This is a big deal as wireless charging has been notoriously slow since its inception with the majority of handsets topping out at 10w. For example, the likes of the Samsung Galaxy S20 Ultra and iPhone 11 Pro Max take close to two hours to get to full charge.  Meanwhile the OnePlus 8 Pro charges wirelessly at a whopping 30w, enabling my review unit to go from dead flat to 56% charge in just 30 minutes. The only downside is that docking it in any Qi wireless charger will only charge the handset at 5w so you will need to invest in OnePlus’ $69 wireless charging pad (sold seperately) to get the faster wireless charging speeds.

The 4510mAh battery seems well optimised as well as I was able to get all day battery life with both QHD+ and 120Hz enabled.

Thirdly, the 6.78-inch QHD+ resolution OLED display is a class above every other smartphone. It’s noticeably brighter and the native 10-bit panel means it can display more colours which is immediately apparent when viewing HDR content on services like Netflix, YouTube or Amazon Prime Video. But the star of the show is the 120Hz refresh rate which makes the phone feel incredibly smooth and responsive especially when scrolling through long social media feeds or webpages. Games that support a high refresh rate such as Alto’s Odyssey feel remarkably fluid to play.  Unlike competing handsets, the OnePlus 8 Pro doesn’t force you to drop down the display’s resolution to enjoy the higher refresh rate either. My one qualm with the curved display is that it does pickup accidental touches on the edges more often so hopefully OnePlus can fix the palm rejection in a future software update.

There’s also a MEMC chip on board that essentially inserts additional frames to decrease motion blur in videos. It’s comparable to motion smoothing on televisions, giving films a soap opera effect. While I found it useful when viewing fast moving content like sport, it doesn’t look great for any other types of content including movies and TV shows which are natively shot at a much lower frame rate. I also noticed it does drain more battery when enabled. Thankfully, OnePlus keeps this feature off by default.

The hardware design is similar to last year’s OnePlus 7T with the same glass sandwich design and hole-punch selfie camera cutout, however, the back now has a matte finish making it less of a fingerprint magnet. There’s also a new green colour option which looks especially nice. For the first time in OnePlus history, there is an official IP68 rating for water and dust resistance as well.

About the only thing missing from the hardware is a 3D-based face unlock system which is becoming increasingly common on other Android handsets and something that I personally prefer over a fingerprint scanner. That said, there is a less secure 2D-based face unlock onboard which is ridiculously fast. 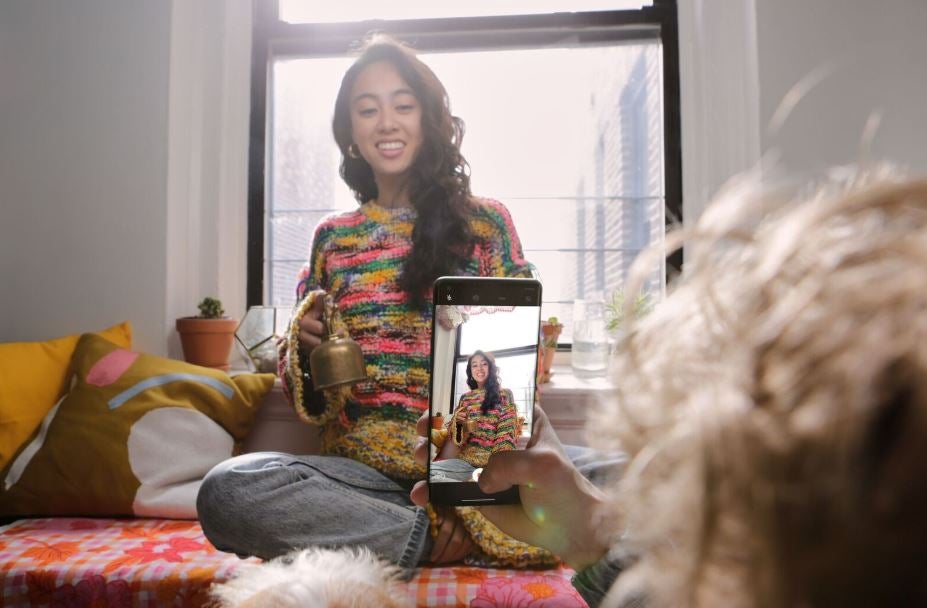 OnePlus’ phones have always been a bit behind the competition in the camera department though it made good ground with 2019’s OnePlus 7 Pro and 7T. The company has put out all the stops with the OnePlus 8 Pro boasting not one but two 48MP Sony sensors. The primary shooter has a f/1.78 aperture with OIS (optical image stabilisation), EIS (electronic image stabilisation) and 4K video recording at up to 60fps while the second is an ultrawide with an 120 degree field of view and f/2.2 aperture. Rounding out the quad camera array is an 8MP 3x telephoto with up to 30x digital zoom and a 5MP ‘colour filter’ lens with the sole purpose of bringing Instagram-like filters directly into the camera app.

That all sounds good on paper but how does it perform in the real world and, more importantly, how does it compare to the big name rivals? In most scenarios, the photos taken from the OnePlus 8 Pro matched or exceeded the results achieved from the Galaxy S20+ and traded blows with the $2,000 Galaxy S20 Ultra.

All smartphone cameras struggle to capture the faces of subjects clearly with sunlight blaring from behind but the 8 Pro’s camera is adept at exposing the face properly without the unsightly shadows. It meant that I could just point and shoot without really worrying about where my subject was standing relative to the light. Autofocus is also noticeably snappier than the S20 Ultra, resulting in less blurry shots overall.

OnePlus’ night mode is much improved over previous models, managing to pull in quite a bit of light revealing good levels of detail while also keeping noise to a minimum. OnePlus does, however, tend to over smoothen faces in dimly lit environments and, in general, lightens skin tones to an unnatural degree. 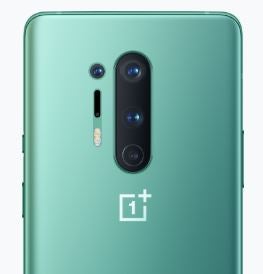 The Ultrawide mode is excellent with plenty of punchy contrast and there isn’t a noticeable colour shift between the primary shooter and the wide-angle like there was in last year’s models. The boosted sharpness and contrast meant that I could capture really impressive looking landscape shots of things like city skylines where the architectural details were brought to life with added vibrancy.

The wide-angle serves double duty for the macro on the 8 Pro and it does a stellar job in accurately capturing fine details up close.

The 3x telephoto isn’t really a true optical zoom but more of a hybrid zoom. Still the results were good for close to medium distance zoom shots. However, as soon as you step outside of 3x zoom, the detail and colour reproduction really starts to fall apart. It would’ve been nice to have a longer range but honestly, telephoto is something I rarely use in actual photography as I just prefer to physically move closer if I have to, so I didn’t really miss it here.

A bizarre addition is the inclusion of a dedicated colour filter sensor – I’m not sure why OnePlus thinks we need a hardware solution for what essentially could’ve been addressed with software-based filter overlays. But hey if you fancy taking pictures in black and white or photocrom then the option is at least available in the native camera app.

Video is another area that has been a bit of an Achilles heel for OnePlus handsets in the past, but the 8 Pro has turned things around significantly with good colour reproduction, great autofocus and some of the best stabilisation I’ve seen on any smartphone. 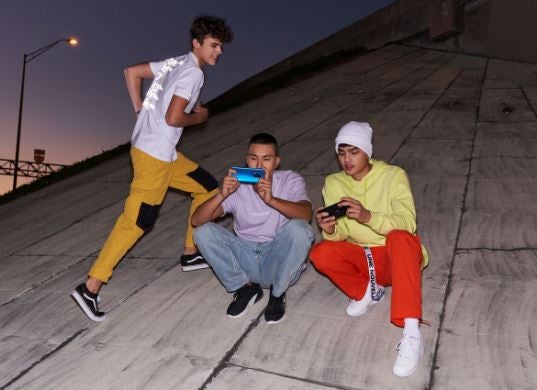 A key selling point for OnePlus has always been the speed of its software and the fact that it refrains from following the industry trend of filling up its handset with non-removable apps and services that are there to serve the interests of the phone manufacturer and not the end user (cough, Bixby). The same rings true of the OnePlus 8 Pro with the latest version of the company’s Oxygen OS running on Android 10. Outside of a handful of OnePlus-made apps that cover the essentials such as a gallery to view your photos and a file manager, you’re getting a clean experience devoid of any real bloatware. With OnePlus, you also get Android software updates much faster than competing handsets.

Pair the close-to-stock Android experience with the top tier internal specifications and 120Hz refresh rate and you have easily the fastest handset on the market with the OnePlus 8 Pro. That said, I did come across a couple of minor issues during my review period namely the lack of support at the software level for Dual-SIM functionality but the company says this will be remedied with a future firmware update.

While I would’ve liked to have seen a more sophisticated biometric authentication system and a camera that delivered more accurate skin tones, these are fairly minor quibbles when you consider what you’re getting as a total package. The OnePlus 8 Pro outclasses every other smartphone in the sub $1,500 price bracket and in some respects rivals the performance of more expensive handsets such as Samsung’s Galaxy S20 Ultra.

Just be aware that you will need to go through the hassle of importing one since the OnePlus 8 Pro isn’t officially sold in Australia.