The OnePlus 8T brings bleeding edge performance, 5G and a lower price tag than the mightily impressive OnePlus 8 Pro. This time around, however, the company is up against some serious competition – namely Samsung’s Galaxy S20 FE and the Google Pixel 5.

Given the extra hoops Australians will need to jump through to import one, is the OnePlus 8T worth the punt?

Normally stepping down from a top tier flagship device to a mid-range handset would normally mean lesser build quality but not so with the 8T with OnePlus sticking to a sturdy metal and glass body. The frosted glass back feels smooth to the touch and does a great job at keeping fingerprints at bay while the new ‘Aquamarine Green’ colourway gives the handset some added pop. There’s also a clear case included in the box for extra grip and protection.

The rectangular quad camera array has been shifted to the top left instead of the centre, bringing it more in line with Huawei and Samsung handsets.

The display doesn’t wrap around the edges like it did on the 8 Pro with the 8T adopting a flat display instead which may please those who have issues with accidental touches. OnePlus didn’t skimp on the quality of the display either, with a bright and vibrant 6.55-inch OLED display that is easily viewable outdoors in the sun. It runs at a blazingly fast 120Hz and also packs HDR which means you can view supported content on Netflix, YouTube and Amazon Prime in the best quality possible. Content consumption is further enhanced with the included stereo speakers which pack a decent punch.

Biometrics include support for an in-display fingerprint reader and a 2D-based face unlock system both of which perform just as fast as on the 8 Pro.

One notable omission is the lack of IP rating for water and dust resistance which is a shame given that competitors such as the Galaxy S20 FE and Pixel 5 do. OnePlus says that the handset can still cope with splashes so if you’re ever caught out in the rain, the 8T should still survive.

Under the hood, you get a powerful Snapdragon 865 with 8GB of RAM and 128GB of internal storage (configurable up to 256GB/12GB) as well as support for 5G. Australian buyers should note that the European model of the OnePlus 8T is the only version that supports the B28 band which is needed to get 5G access in Australia. The American and Chinese models lack the bands necessary to access 5G from Australian networks so keep this in mind if you decide to import. 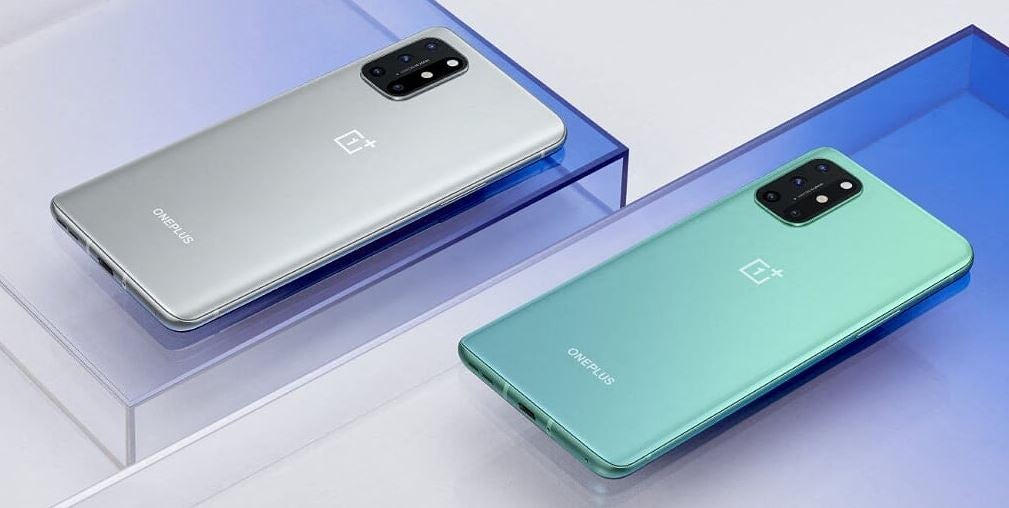 Camera: Cuts in all the wrong places

The OnePlus 8T boasts a quad camera array and while that might sound impressive on paper, half of the lenses are gimmicky at best. The third camera is a macro shooter but at just 5MP, it isn’t particularly useful and I found I got better results by just cropping into a photo taken with the main camera from further away. The fourth one is a 2MP monochrom sensor for black and white captures that can easily be replicated with a software-based photo filter. It’s a shame that OnePlus didn’t see fit to include a telephoto lens instead especially when rivals such as the S20 FE offer up to 3x Optical Zoom.

The OnePlus 8T camera system is otherwise almost identical to last year’s OnePlus 7T (not the sublime 8 Pro) with a 48MP primary shooter as well as a 16MP ultrawide that can fit more into the frame thanks to a wider 123 degree field of view (FOV). 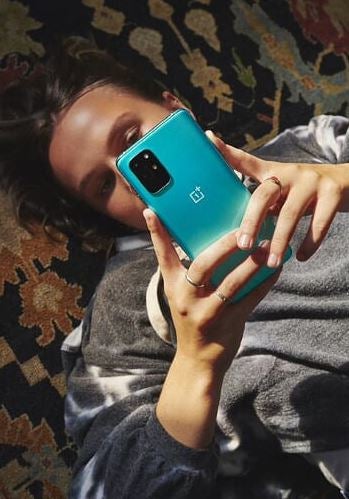 The ultrawide does a good job at keeping distortion to a minimum, supports night mode and is generally well tuned for most lighting conditions. Similarly, the primary camera produces pleasing results in most scenarios though the portrait mode isn’t the sharpest. The 8T’s cameras are more aggressive with contrast which might look striking in some shots but the tradeoff is that you lose some detail in scenes where the sun is casting a shadow. Colours aren’t as accurate and the dynamic range isn’t as wide as they were on the 8 Pro but that’s to be expected given that the 8T is using an older image sensor from the 7T.

The 8T favours cooler tones outdoors and warmer tones indoors which can cause pictures to look less true to life depending on the lighting conditions.

OnePlus has made some advancements in picture processing since the 7T which is especially evident in night mode shots where it manages to retain good levels of detail.

On the video side, there’s great stabilisation and the ability to record in 4K at up to 60fps. The only downside though is the dynamic range isn’t as wide which can hurt the video recording quality when compared to other capable shooters in its price range such as Samsung’s Galaxy S20 FE and the iPhone.

Overall, the camera system is a step up from the regular OnePlus 8 and a noticeable step down from the stellar 8 Pro. 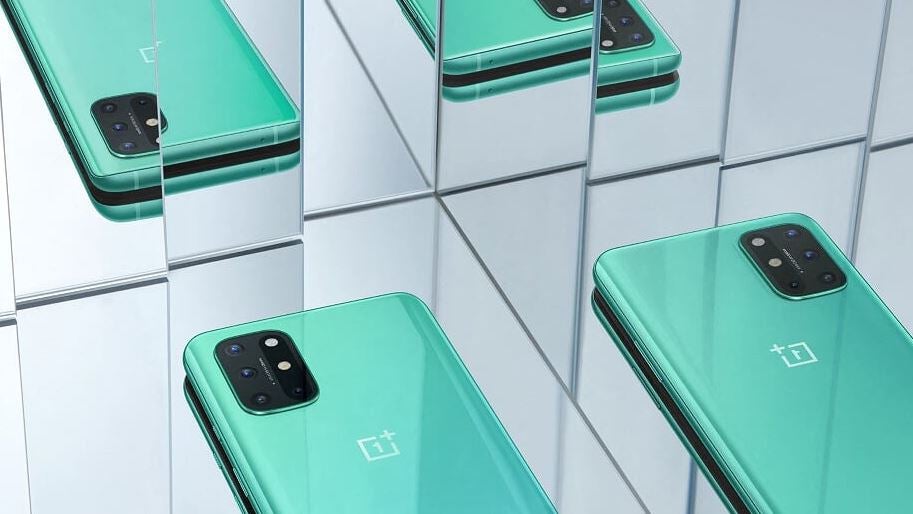 OnePlus packs a massive 4,500mAh battery inside the 8T. Even after a heavy day of use of over six hours of screen on time, I would end up on at least 30 per cent charge, which is impressive.

Better still is the ability to charge the phone from dead flat to full charge in 37 minutes with the included 65W charger in the box. Oppo’s Find X2 Pro is the only other handset on the market that can charge that fast. My charging habits changed as a result where I found myself skipping overnight charges in favour of morning top ups over breakfast.

What’s nice about OnePlus’ implementation on the 8T is that the included charger will also fast charge your other USB-C devices such as laptops and tablets at up to 45W. You can also still get fast charging at a rate of up to 27W with a regular USB-C charger which is very handy.

The OnePlus 8T is one of few handsets on the market to rock Android 11 which means you get upgraded media controls, faster access to smart home devices and Google Pay via a power-button and enhanced notification controls.

OnePlus’ custom Android skin, OxygenOS, has also received a substantial facelift with a new slick look and one-hand optimisations to accommodate smaller hands by putting parts of apps you interact with closer to the bottom of the screen. Useful tweaks include moving the notification shade and settings menus further down the screen for easier reach and a greatly enhanced Always On Display (AOD) that will now show you a funky graph to illustrate how many times you’ve unlocked your phone throughout the day. Another feature I found useful is that the alarm app can wake the phone from completely off as long as it still has a bit of juice in the morning.

OnePlus has clearly taken some design inspiration from Samsung’s OneUI, which isn’t a bad thing, and overall is a joy to use. Most importantly, OnePlus hasn’t lost the fluidity and simplicity that its OxygenOS is renowned for.

OnePlus offers software support for at least three years from release, including two years of Android version updates and then a further year of security updates on a bi-monthly schedule. OnePlus is one of the quickest phone manufacturers around to deploy Android OS updates to its handsets from the moment they are released from Google.

The OnePlus 8T is a solid effort from the Chinese company, bringing premium tier design and specifications to a mid-range price tag. While it’s great value when compared to many of the pricier flagships on the market, the 8T doesn’t do enough to set itself apart from its main competitor – Samsung’s Galaxy S20 FE. The lack of IP rating, wireless charging and telephoto also make the 8T less capable than its big name rival.

The OnePlus 8T is available in Aquamarine Green and Lunar Silver and is out now with a starting price tag of US$700 (AU$990) for the 128GB model. The phone is not officially sold in Australia, but it can be imported from third party e-tailers.