OPPO is a company that historically hasn’t shied away from experimenting with smartphone hardware, whether it be the rotating camera of the N3 or the mechanised pop-up camera and all-screen design of the OPPO Find X. For the sequel, the Find X2 Pro eschews gimmicks in favour of nailing the fundamentals of what makes a great flagship smartphone. The result is one of the best smartphones you can buy right now that should make Apple and Samsung take notice, writes Krishan Sharma. 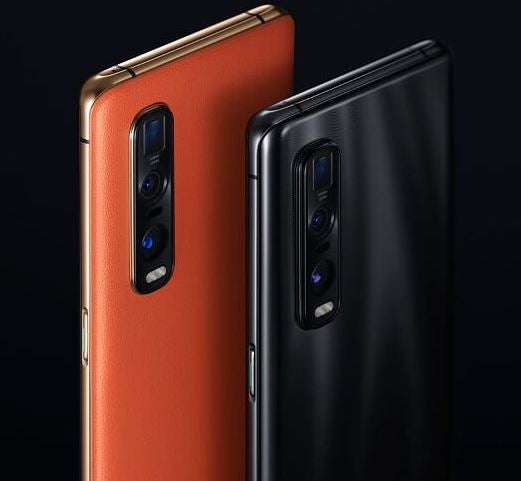 OPPO might have taken a more restrained approach to aesthetics with the Find X2 Pro when compared to its predecessors but it still manages to turn heads thanks to a striking looking gold and orange ‘vegan leather’ option being sold alongside a more traditional glass back model. The faux leather material not only looks great, it adds much needed grip and keeps fingerprints at bay while also negating the need for a case. OPPO isn’t charging extra for it either, making the orange leather-like finish the one to go for over the rather dull looking-by-comparison black glass model.

The 6.7-inch curved OLED display boasts a pixel dense resolution of 3168 x 1440 (QHD+) running at a blisstering 120Hz refresh rate and is identical to the one found on the OnePlus 8 Pro which shouldn’t come as a surprise as both companies share the same parent company and supply chain. It’s vibrant and colour accurate, supports HDR10+ and can get extremely bright, making it very easy to see the screen in direct sunlight.

The Find X2 Pro dynamically adjusts the refresh rate based on the content on the screen, which helps with power consumption, or you can elect to run the display at its native resolution and refresh rate at all times.

There’s some useful video enhancement features such as motion smoothing for better clarity when viewing fast moving content such as sports. Unique to the Find X2 Pro is the ability to turn regular SDR content into HDR and it does a surprisingly good job at revealing more detail in dark scenes and increasing the brightness of highlights without overdoing it. In short, you won’t find a better looking display on any other smartphone.

A notable omission from the original Find X is the lack of a 3D-based face unlock system and instead we get a 2D-based one on the Find X2 Pro which isn’t as secure. For added security, it can be used in combination with the in-screen fingerprint scanner which I found to be faster and more consistent than the one on Samsung’s S20 Ultra. Sadly, there’s no support for dual SIM cards. 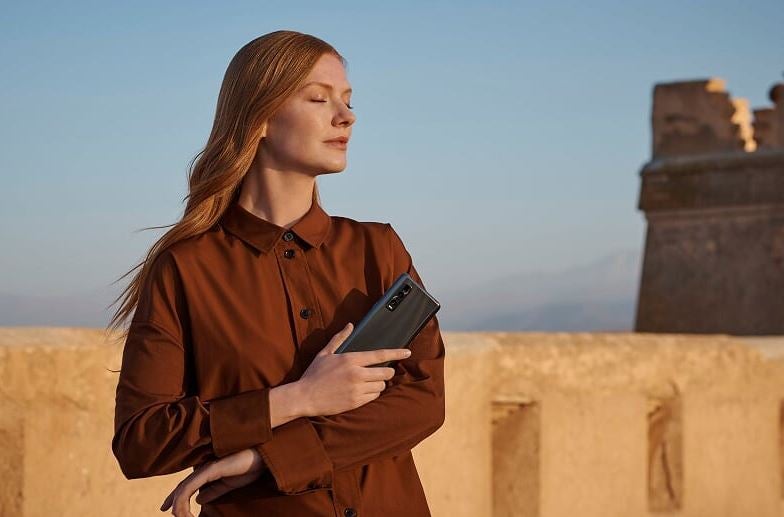 As you would expect from an Android flagship in 2020, the Find X2 Pro comes with the latest and greatest SoC (system-on-a-chip) from Qualcomm in the Snapdragon 865 and a 5G modem. But unlike competing flagships, the Find X2 Pro comes with 512GB of storage and 12GB of RAM out of the gate, meaning you won’t need to spend more than the base price to get the maximum storage and performance.

But where the Find X2 Pro truly sets itself apart from the competition is in its charging speeds, with the 65W wired charger included in the box filling up the 4,260mAh battery from dead flat to 100 percent in just 38 minutes. For context that’s half the charging time of the S20 Ultra and the OnePlus 8 Pro. However, the Find X2 Pro lacks wireless charging which might be a deal breaker for some.

For the longest time OPPO’s custom software skin called ColorOS, which runs on top of Google’s Android 10 operating system, was criticised for being an iOS clone but the company really turned things around with the introduction of ColorOS 7 late last year. The Find X2 Pro comes with version 7.1 and in many ways feels very similar to OnePlus’ stellar Oxygen OS with a clean and customisable interface that feels both intuitive and snappy to use.

ColorOS carves out an identity of its own with a slick looking design language and a few extra nifty features such as the ability to turn chat apps like WhatsApp into a floating chat head making it easier to respond to conversations quickly without interfering with what you’re doing in the background. My favourite is the ability to do split-screen with a three finger swipe gesture which normally takes a few taps in other Android handsets but it’s effortless here and I found myself using the feature far more often as a result. Of course, if you don’t like any of these extra features you can always turn them off in the settings to get a more stock Android 10 experience.

ColorOS 7.1 also has the most complete implementation of dark mode I’ve seen on any Android handset with the option to enable dark mode on apps that don’t officially support it such as LinkedIn. There are a few extra sponsored apps pre-installed such as Trip.com littered about but these were easy enough to uninstall.

Overall ColorOS has quickly become my preferred version of Android alongside OxygenOS. 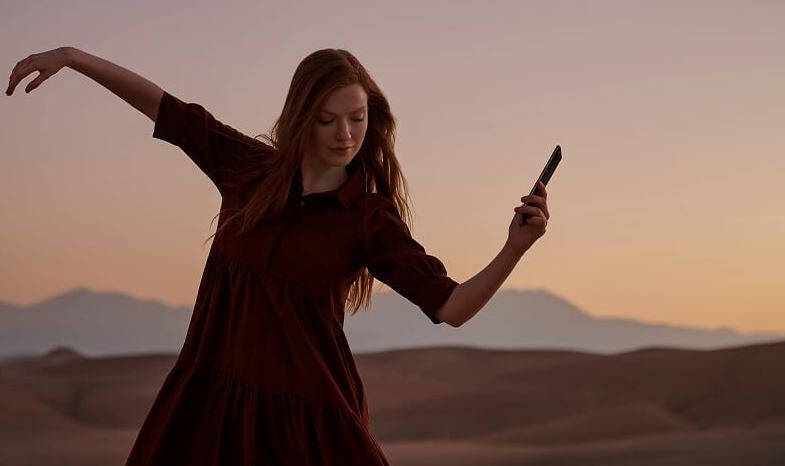 Camera: up there with the best

The primary camera on the Find X2 Pro again shares a lot of similarities with the OnePlus 8 Pro using the same 48MP f/1.78 image sensor from Sony (IMX689), but the OPPO is also equipped with a more capable ultrawide and telephoto.

The triple camera array on the Find X2 Pro benefits from a faster autofocus with an omnidirectional PDAF (phase detect auto-focus) that automatically locks onto things like faces in group shots, ensuring you get a clear shot more often than not. However, like all smartphone cameras it can struggle with motion blur on moving subjects.

One feature that I really appreciate is how accurate the real-time preview on the viewfinder is regardless of whether I’m shooting in HDR or not, making it easier to see what the final image will look like before taking the picture or recording the video. This is not something that most phones get right so it’s nice to see OPPO paying attention to it with the Find X2 Pro.

Dynamic range is wide, allowing the camera to deal efficiently with challenging high-contrast scenes, capturing good detail in both the highlight and shadow regions of the frame.

The nice thing about having such a large image sensor on a smartphone means you get a natural background blur when taking photos of things at a close distance, negating the need to use the dedicated portrait mode most of the time. The Find X2 Pro will automatically switch to macro mode for you when a subject is less than 10cm away irrespective of the camera mode you’re in which is a nice touch.

The ultrawide impressively retains the low light chops of the primary camera with an aperture of f/1.7, which meant that I could use it in more scenarios. At a 120 degree field of view, it’s able to capture a little more in the frame than the ultrawide on the OnePlus 8 Pro while matching the S20 Ultra with very little distortion and great detail.

The Find X2 Pro is one of the few handsets on the market that can do 5x optical zoom in addition to 10x hybrid zoom and up to 60x digital zoom. Much like the S20 Ultra’s 100x digital zoom, the 60x is unusable and the telephoto system isn’t great in low light. However, during the day, sticking to the 5x optical zoom and 10x hybrid zoom yielded fantastic results and can easily hold its own against the best of them.

The Find X2 Pro is also a very capable video shooter with fantastic stabilisation that works across all of the three rear cameras so regardless of whether you’re recording with the primary, ultrawide or telephoto, it completely eliminates any sense of hand shake from the shot.

Night mode doesn’t hit the dizzying heights of Huawei’s P40 Pro but it does a decent job of capturing a good amount of detail while keeping image noise low. There’s also a nifty ‘tripod’ mode which takes a 20-second exposure to capture more detail in a dark setting.

With the absence of Google apps and services effectively putting Huawei out of contention in the west, the OPPO Find X2 Pro fills a much needed gap, providing a strong alternative to the very best from Samsung and Apple.

The OPPO Find X2 Pro comes in ‘Ceramic Black or ‘Vegan Leather Orange’ and goes on sale May 9 for $1,599 (available on contract through Telstra and Optus).