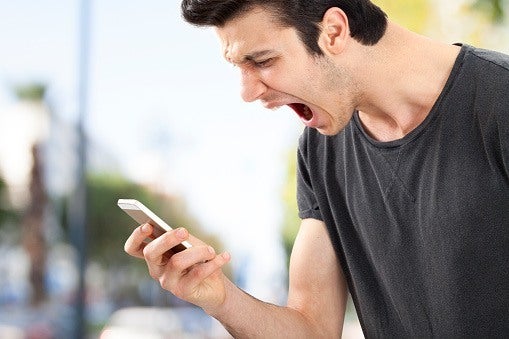 How to avoid excess data
There are still plenty of things that we complain about though, from excess charges to connection problems.

Some of the most common complaints received by the Ombudsman concern charges for so-called ‘premium services’ – information and entertainment services that are delivered to a mobile phone.  These can include ringtones, wallpapers, quizzes, competitions and horoscopes.  These services can be very costly, contributing significantly to your phone bill.  Fortunately, you can contact you service provider to ask them to bar these sorts of services from your account.

Messaging apps or SMS: Which to use?

Another common complaint is excess usage charges, including charges for using a phone overseas.  However, these complaints have fallen drastically since previous years thanks to changes to billing practices from the major telcos.

Complaints about connection delays for internet and landline services as well as problems with using these services are also commonly received by the Ombudsman.

Thankfully the telcos seem to be listening, as year on year the number of complaints is dropping.

Do you binge-watch TV?

A guide to global roaming

What is a shared data plan?

Woolworths Mobile Samsung sale: save up to $468 on select phones

iOS 14 is out now: Here’s everything you need to know