Telstra has just shaken up its phone plan range – and the telco giant is going hard in an effort to attract new customers with an extensive list of End of Financial Year sales opportunities for customers to bag a bargain.

From smartphones to SIM packs, to earphones and smartwatches, Telstra has plenty on offer for a limited time only.

Between now and next Friday (July 5), the following special offers will be available, before a new set of discounts and clearance items are released again the following week. Keep in mind some items are only available online.

Get up to 80% off at Telstra this End of Financial Year. Here is a list of some of the products and services now at reduced prices: 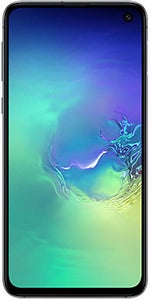 Desperate to ring in the start of the new Financial Year with a brand-new phone? This week’s Telstra sales include the Samsung Galaxy S10e, which comes with free JBL headphones that usually retail for $349. However, this special is only available online.

This 128GB Samsung phone is said to include a bunch of features, such as a multi-lens camera with an Ultra-Wide Panorama lens. From creating videos to viewing, the Samsung Infinity-O Display supposedly removes distractions caused by the build of the phone. The design is said to create a “bezel-less” screen to ensure you get an “uninterrupted, cinematic viewing experience”.

Compared to other models from the brand, the Samsung Galaxy S10e can apparently return the battery to a full charge much faster due to the Fast Wireless Charging feature. The phone also includes Wireless Powershare to allow users to recharge other compatible devices. The S10e is available in Prism White, Prism Green and Prism Black.

Picking up the Samsung Galaxy S10e through Telstra will cost $1,200 in total, which is $50 per month over the 24-months or $33.33 per month over the 36-month payment period. Once you’ve made your selection, you can bundle your device payment with any of the four postpaid plans listed in the below table. This table includes links to a referral partner.

Bargain hunters can head to the Telstra sales to find discounts on already wallet-friendly devices, such as the Oppo AX5. The product also comes with a Pre-Paid SIM Kit which includes $10 credit for calls and texts.

If you like to show off on social media, the rear camera contains a 13MP + 2MP dual lens module which is said to create a natural and soft depth-of-field effect. This is said to blur the background while keeping you in focus. The front camera is similarly boasted to improve your selfie game when using Vivid Mode. The function is apparently designed to bring out your face and intensify the colour saturation of outfits as well as backdrops.

The Oppo AX5 can also supposedly last up to 17 hours thanks to its 42300mAh battery and apparent smart battery management system. Plus, the smartphone contains 4GB of RAM and 64GB of ROM.

For those who want to get on the smartwatch bandwagon, the Telstra sales include the popular Apple Watch Series 3 GPS + Cellular. Fitness junkies may find themselves running to take up the offer on this hot item, with the Apple Watch described as the “ultimate” sports watch featuring an intelligent tracker.

The watch is supposedly swim-proof, although the brand warns user that it’s only water resistant up to 50 metres, meaning it’s safe for shallow-water activities like swimming in a pool, but not recommended for scuba diving, water skiing, or other activities involving high-velocity water. 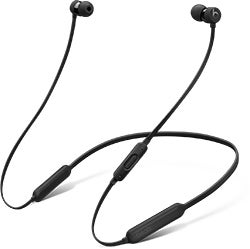 If there’s anything worse for music lovers than getting tangled in earphone cables, it’s probably getting caught out of a sale for wireless headphones. As part of this week’s Telstra sales, customers can snap up an exclusive online offer on BeatsX Earphones that can save you 50% off the recommended retail price.

Commuters may find the eight hours of battery life pretty useful, especially as the earphones include the Fast Fuel 5-minute charging feature designed to give you an extra two hours of playback when battery is low. The item also comes with a Flex-Form cable, which apparently ensures all-day comfort.

When it comes to sound quality, the BeatsX earphones are stated to provide an authentic, clear sound with optimised noise isolation. And similarly to a number of other audio devices on the market, these earphones allow you take calls, control music and activate Siri with RemoteTalk. 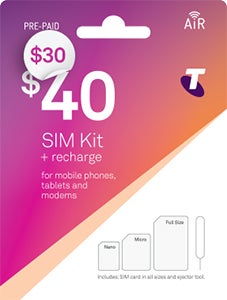 Are the Samsung or Oppo phones in the Telstra sales calling your name? Or perhaps you’ve got your eye on another smartphone? Either way, the telco’s $40 Pre-Paid SIM Kit is currently available at a few bucks cheaper.

For $30, the Telstra package comes with the usual $40 recharge on Telstra Pre-Paid Max and 20GB of data, plus an extra 15GB also included. The plan expires within 35 days, but can be recharged to any amount in the future. There is no need to change your existing mobile number, although there is an option to get a new set of digits.

Telstra has several other Pre-Paid plans, although the $40 SIM Kit is the only option included in this week’s Telstra sale. If 35GB data isn’t enough, Telstra is offering a 50GB bonus on its $300 SIM Kit. This plan already comes with 200GB worth of data which is valid for 12 months. The offer is available until 8 July, 2019. 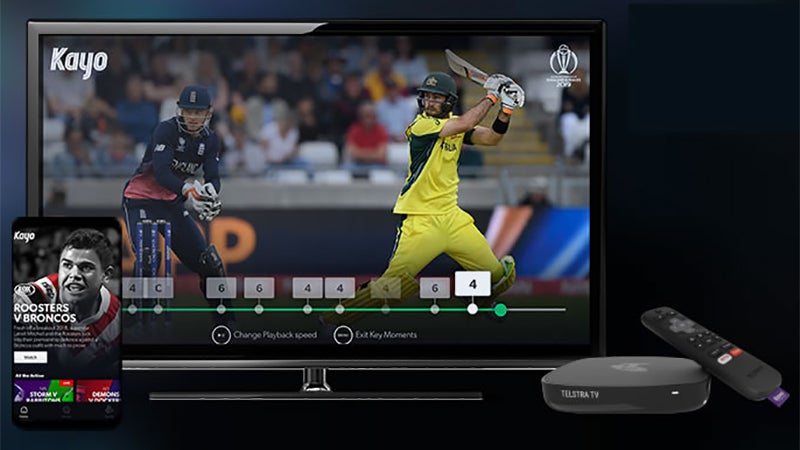 Customers who purchase the telco’s unlimited internet and Telstra TV package in this week’s Telstra sales can get the bundle for $99 per month, and also receive a $125 Telstra Box Office Credit as part of the special. Each plan comes with the Telstra Smart Modem, which includes a 4G mobile network backup, as well as a phone line and unlimited calls.

If you don’t want the entertainment package, you can stick to paying $90 per month for unlimited data. Alternatively, there is an option to get 200GB data for $75 per month. Keep in mind that each package has a minimum cost of either $1,899 or $2,259 over 24 months. 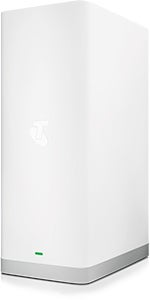 The telco also has an online exclusive that can save you the $99 connection fee if you choose a Telstra broadband plan, but it has a minimum cost of $1,896 over the 24 month contract period. The Telstra Smart Modem uses its 4G mobile network and is included in the plan price for new customers who stay connected for 24 months. While there is no lock-in contract, you will still need to pay out your modem if you’re planning on leaving before this period ends.

One option provides unlimited data for $90 per month, with a minimum cost of $2,259 for new customers who stay connected for 24 months. The telco claims customers on the NBN 50 tier can access an average minimum speed of 40Mbps, although Fixed Wireless speeds will be slower. The plan will also include a phone line and unlimited calls to Australian mobiles and standard lines.

Another option is the 200GB data for $75 per month, with a minimum cost of $1,899 for customers who stay connected for 24 months. Those on the NBN 25 tier can get 20Mbps evening speeds, plus a phone line and unlimited calls to Australian mobiles and standard lines. 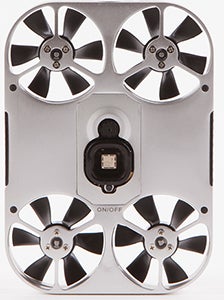 If you’re feeling fly, consider levelling up your selfie skills sky high with the AirSelfie Drone equipped with a 5MP camera. The pocket-sized device is claimed to help you achieve wide-angle photos, with everything packaged in a lightweight case.

Some of its main features include the Turbo Fan Propellers, said to lift the drone up to 20 metres in the air. The drone also contains an anti-vibration shock absorber to ensure you get what the brand claims to be high quality images. 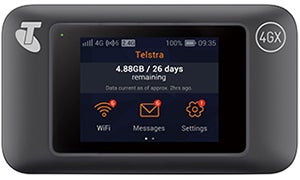 One of the biggest discounts in this Telstra sale is the Telstra Pre-Paid 4GX Wi-Fi Pro, which is only available online. The product is said to connect up to 10 Wi-Fi enabled devices at the same and can apparently provide up to 11 hours’ worth of battery life.

The Telstra sale also includes an activation bonus for any customers who activate the included SIM on Telstra Pre-Paid Mobile Broadband Go by 8 July. The pre-paid Wi-Fi can be used across Australia within 30 days.

With Apple iPhones and Samsung smartphones being sold on every street corner, it seems the humble phone is no longer getting as much love. But if you still prefer a separate device to handle your calls at home, the telco is selling the Telstra Easy Control 102 Twin Cordless phone for almost 70% off its retail price.

It offers a number of features to entice you, including EasyCall Control, Call Transfer and Intercom. To ignore annoying calls, each phone also includes a one touch Do Not Disturb button and can block up to 50 numbers.

These deals are only available for a limited time, so be sure to check them out before time runs out.