Telstra has scored first place in benchmarking expert P3’s annual Australian mobile network test, stealing the crown back from last year’s winner Optus. And although Telstra being ranked ‘best in test’ may not be very surprising to the telco’s long-term customers, P3’s 2018 report shows an increasingly strong performance from all three major Aussie networks.

P3’s independent testing, which took place over October and November of this year, saw Telstra achieve a total of 884 points out of a possible 1000. In second place was Optus, scoring 872 points, with Vodafone securing its third-place rank with a total score of 753. Results are calculated by testing the quality of voice calls and data performance, both by P3’s own extensive testing and through crowd-sourced analysis.

Tests were conducted in major cities and towns, with P3’s testers tallying results for both drive tests (in vehicles) and walk tests (on foot) in the voice and data categories. While Telstra was the overall winner, results show a neck-and-neck race between Telstra and Optus (and Optus frequently out-performing its number-one competitor in smaller towns, and in on-foot tests).

Generally, all three major networks delivered a near-identical performance in drive tests conducted in major cities, with Vodafone lagging slightly behind on walk tests and in smaller towns. Optus delivered the best result for town drive testing in both voice and data, as well as walk tests conducted in cities – indicating that, overall, city dwellers probably won’t experience a huge difference in coverage when switching between Telstra and Optus.

Where the real distinction lies in in P3’s road testing, which took place on connecting roads between towns and cities. Voice and data quality dropped considerably for all three networks, but especially for Vodafone: the telco achieved just 30% for voice testing on roads and highways, and 35% for data. Compare this to Telstra (with scores of 57% and 67% for voice and data respectively) or Optus (which achieved 59% and 70%), and you’ll see there’s a clear gap in coverage when you step outside of populated areas, but most noticeably on the Vodafone network.

Overall, all three providers achieved final scores of either ‘very good’ (Telstra and Optus), or ‘good’ (Vodafone). Telstra leads the way in voice call quality (both in P3’s own testing, and in crowd-sourced results), while Optus is the clear winner in terms of data speed and reliability; Vodafone, meanwhile, continues to play catch-up.

P3 also analysed which network performed best in Australia’s six largest cities, with the results below.

Should I switch to Telstra?

Wondering if you should factor this test in when picking a mobile plan? P3’s independent benchmarking tests are a great way to get an objective idea of the Australia-wide coverage and strength of each network (at least on the mainland), but ultimately you’ll need to go with the provider that can deliver in your local area. City dwellers will probably do okay with any of the big three networks, but if you’re living or working regionally – or frequently travel outside of the big cities – you may prefer the extra coverage you’ll find on Telstra or Optus.

You’ll also want to consider how you use your phone, and how much money you’re willing to spend each month, when deciding on a mobile plan. If you’re concerned about price, keep in mind that all three major telcos sell network access to smaller, more affordable providers – more information on each network can be found in the links below. 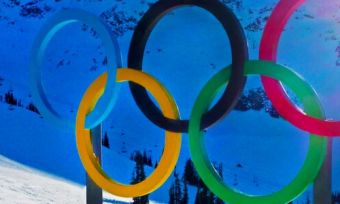