There has never been a better time to be a mobile phone user, with more than 30 different carriers all fighting for your attention in Australia. However, with the aim of providing the best-value plans as possible, it seems that some service providers are prepared to shed auxiliary benefits – with customer service and localised call centres on the cut list. One such provider to do this on at least one level is Telstra.

Telstra is known as being the biggest telco in Australia, with customer support just a quick phone call away when you need it – for some people that is. Telstra’s new ‘MX’ phone plan is targeted at customers who would rather connect online than by phone if they have a problem. The idea is that, by saving Telstra some money in customer support costs, you get some extra plan value.

What is Telstra’s MX phone plan?

Telstra’s MX plan is a stripped-down version of the telco’s ‘Middle’ value postpaid SIM-only plan. The MX plan costs $40 per month, and comes with 5GB of 4G data, along with $1,000 worth of calls and unlimited texts. It’s available on a 12 month contract and is an improvement on the Middle plan, which has 5GB data, $1,000 calls and unlimited texts for $10 more, bringing it to $50 a month. So, what’s the catch with the MX plan, and why does it offer the same for cheaper?

The MX plan is cheaper due to stripping most access to support networks. Telstra insists that MX customers save their pennies by cutting out the telephone support and other forms of support (except for an online chat function that is). Instead of picking up the phone, Telstra encourages customers to reach out on social media if they have an issue. Is this the shape of things to come?

The $10 less per month also means you are required to pay your bill via direct debit, and manage your own plan through the Telstra app. A certain amount of self-sufficiency is required here, but many users are probably already doing this, so why not hop on this plan and save a buck? Let’s just recap what you do and don’t get:

How does the Telstra MX plan compare to others?

While the MX plan is one of the better value plans in Telstra’s line-up, compared against other contracted plans it falls behind against the likes of Vodafone, Optus, Dodo and Telechoice which generally offer more data for similar money. Though, you’ll have to keep an eye out for limited-time bonus offers, which tend to make some plans seem better than they really are. However, even without the bonuses, many of Telstra’s competitors still come out ahead on basic cost versus features.

No-frills mobile plans: Are they right for me?

The interesting thing about Telstra’s MX plan is that it seems to be the shape of things to come. A lack of customer support will be a viable choice for some, but others may feel left out. While a lot of elderly people likely aren’t downloading Candy Crush Saga and using lots of data, what many do like is a hands-on service with support on-call when they need it. Without call-centre support, MX plan users are required to go online, or sort the problem out by themselves. This is great for people who are self-sufficient and who are savvier with computers and social media, but we suspect a lot of people could feel left behind without this support.

Don’t abandon Telstra though. They do still have their $50 plan, which is exactly the same and offers the full suite of support. Apart from the $50 M plan, take a look at some other similar plans from Telstra that feature full support – though the $40 MX plan is the cheapest Telstra plan with over 5GB data. The following are on month-to-month contracts, which give you the most flexibility.

If these plans don’t take your fancy, have you considered other operators on the Telstra network? Telstra has the most expansive network, so it’s understandable if you want to continue that great coverage.

Overall, the MX plan is an enticing offer from Australia’s largest mobile network provider. At $40, you get a healthy dose of data, calls and texts, and it has proven to be solid value. Though, the compromise is that there is no call centre on-hand for any problems that you may need sorted. For many people, it is not a big issue, however for others it’s a deal breaker. It is worthwhile comparing other plans on the Telstra network, and indeed all the plans out there; chances are there’s one that’s right for you. 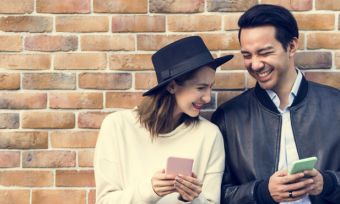 How can I save money on my phone bill?

Are you in a mobile reception blackspot?