Apple’s first foray into the market, in the form of the Apple Watch, predictably brought smartwatches a new level of attention, and provided a good deal of momentum in moving the technology from the province of early adopters to the mainstream.

Among a number of other releases, Samsung added to its growing smartwatch line-up with its Gear S2, while Motorola introduced its second generation Moto 360 and smartwatch pioneer Pebble released the Pebble Time Round. It may well be that 2015 is looked back upon as something of a turning point for the smartwatch market, and further growth is forecast in the year ahead as wearable technology becomes more integrated into the connected ecosystem.

Out with the old, in with the new?

With the arrival of smartwatches, perhaps it’s a case of out with the old and in with the new as far as timepieces are concerned? Market intelligence firm Strategy Analytics recently estimated that global smartwatch shipments reached 8.1 million units in the 2015 fourth quarter, compared with 7.9 million Swiss watch shipments – the first time ever that smartwatches had outshipped Swiss watches on a global basis, and pointing to a significant shift in consumer preferences.

The Strategy figures show smartwatch shipments grew 316 per cent from 1.9 million units in the 2014 fourth quarter, additionally demonstrating the dominance of the Apple Watch, which captured a 63 per cent share of the smartwatch market in the quarter, followed by Samsung with 16 per cent.

Meanwhile, information technology and research company Gartner has forecast that smartwatch shipments will grow from 30.32 million units last year to 50.4 million units this year, climbing to 66.71 million in 2017. With fashion and watch brands associated with the traditional timepiece market now gravitating to smartwatches, the market is currently undergoing a significant shift.

The prevalence of smartwatches has created increasing competition for traditional timepiece manufacturers, which in turn has seen further evolution of the market, with manufacturers releasing smartwatches blending technology and fashion.

Watchmaker Tag Heuer has, for instance, joined the technology rush, branching out from its traditional market and partnering with technology players Google and Intel in last year releasing the TAG Heuer Connected smartwatch. Fossil, a designer and manufacturer of accessories, is another company from outside the technology sector that has ventured into the smartwatch market, last year unveiling its Q wearables line, which includes, among a variety of offerings, its Q Founder smartwatch, also utilising Google and Intel technology.

Technology manufacturers are ever-conscious of the importance of design and aesthetics in generating consumer appeal, and the smartwatch market has created an interesting dynamic in which the two have come together in seeking to offer consumers appealing designs combined with modern functionality.

As has been the case with smartphone operating systems, both Apple and Google have staked their claim in the emerging smartwatch market, with the Apple Watch running watchOS, and a host of devices from manufacturers, from LG to Huawei to Motorola, running Android Wear. Meanwhile, Samsung, having also released earlier Android Wear smartwatch models, went with the Tizen operating system for its latest Gear S2 smartwatch.

The International Data Corporation (IDC) had last year ranked watchOS as the 2015 market leader, commanding 61.3 per cent of shipments, followed by Android Wear with 15.2 per cent, Pebble OS with 8.6 per cent and Tizen with 8.2 per cent, and the stage is now set for the various operating systems to stage claim for market share in the coming years.

For consumers, the choice of operating system is important as it will determine the range of apps and other features they can access via their smartwatch, while also determining the extent of their smartwatch’s compatibility with other devices in the connected ecosystem.

So, aside from the obvious role of timepiece, what other sorts of functions do smartwatches offer?

Health and fitness is a dominant area for wearable technology in general, and manufacturers have been incorporating a variety of different functions into smartwatches, designed to aid users in monitoring their health and fitness.

The Apple Watch, for instance, combines an accelerometer, a built-in heart rate sensor, GPS and Wi-Fi from the user’s iPhone, with Apple stating that it “smartly uses the best sensors for different types of motion and provides a comprehensive picture of your all-day activity and workouts”.

Health and fitness is also a focus for Samsung’s Gear S2, which incorporates accelerometer, gyroscope, heart rate, ambient light and barometer sensors, with Samsung stating the Gear S2’s functions are designed to encourage users to stay healthy and active.

Both the Apple Watch and Gear S2 monitor and consolidate users’ health and fitness data. For instance, the Apple Watch helps users set goals and track their progress, providing alerts when milestones are reached, while the Gear S2’s 24-hour activity log allows users to view daily activity progress and patterns.

Communication functions have also become a big selling point for smartwatches, providing users the convenience of being able to monitor messages from their wrist. Pairing with smartphones, smartwatches can relay messages, allowing users to bypass using their smartphone. For instance, once a message is received, Apple Watch users, and Android Wear users with compatible smartwatches, can use voice dictation to compose a reply.

Part of the connected ecosystem

Smartwatches are quickly becoming part of the connected ecosystem as manufacturers develop new applications providing for enhanced interaction with other devices, ranging from connected homes to the connected car.

Much like smartphones have become a hub for interacting with connected appliances and devices in connected homes, smartwatches, too, are being developed to take on similar roles as new apps and functionalities are brought to market. For instance, the Wink app for Android Wear allows users to monitor and manage connected home devices.

Meanwhile, among car manufacturers, Ford last year released smartwatch apps allowing users driving Ford battery electric or plug-in hybrid vehicles to locate where their vehicle is parked and lock/unlock doors, among other functions, while Volvo’s Volvo On Call app similarly allows users access to functions such as lock/unlock and locating their vehicle using their smartwatch.

Smartwatches are also set to make a mark in the growing digital wallet market, again following in the path of smartphones, in being utilised to make mobile payments. Apple has been a forerunner in this category, with the Apple Watch decked out with its Apple Pay mobile payments service.

Pricing for smartwatches varies significantly from budget through to premium models, and before making a purchase consumers should consider what exactly they want from a smartwatch and what sort of value it is likely to deliver.

Among the issues consumers should consider before purchase is battery life, which can vary markedly from smartwatch to smartwatch. For instance, if longer battery life is a priority, it may well be worth looking at models with less intensive hardware requirements. Of course, consumers should also consider how any potential smartwatch will fit in with their current ecosystem of devices, and what sort of software support they are likely to receive.

Usage cases for smartwatches are evolving, and there are likely to be a number of developments in the market this year, encompassing software updates and new releases. Doubtless, by the end of the year there will be plenty more models for consumers to choose from.

Excess data charges: What you need to know 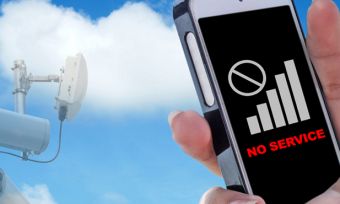 Are you in a mobile reception blackspot?

Good deal: save $648 on the iPhone XS with Telstra