When was the last time you had a really good night’s sleep?

If you can’t remember, you might want to try leaving your smartphone and tablet computer in another room, rather than within an arm’s length of your bed, or under your pillow.

Research from the United States, the UK and right here in Australia suggests that the use of electronic gadgets before going to bed is having a detrimental effect on the quality of your sleep. 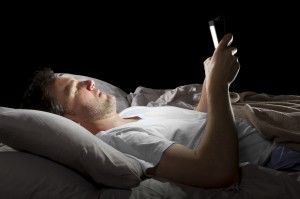 Could it be that the use of smartphones and tablets before hitting the hay is helping to create a generation of sleep-deprived zombies? Generation Y we could call them – the Y standing for yawn!

In a Canstar Blue survey of tablet owners, half of respondents admitted to using their device before going to sleep, and there are no prizes for guessing that the younger you are, the more likely you are to do so, with 64% of Gen Y counting Tweets rather than sheep before nodding off.

Gen X (54%) and Baby Boomers (37%) aren’t too far behind, although they might try to convince you they’re doing something important for work, rather than looking at pictures of a Facebook friend’s holiday to Thailand.

Of survey respondents with children, half even said they let their son or daughter use a tablet computer before bedtime, while two in five let them have unrestricted access to it.

A recent study by the University of Adelaide showed that two in 10 high school students delayed sleep every night because of their use of electronic devices, with one in 10 suffering from not being able to get to sleep, while one in 20 was affected by interrupted sleep.

Not only will missing out on a good night’s sleep leave you feeling lethargic and unable to concentrate, it could also make you more aggressive, emotional and, ironically, anti-social. It could also have an impact on your overall health, including making you more likely to pile on weight.

As well as restricting vigorous exercise, food and caffeine in the hours before going to bed, the Australian Centre for Education in Sleep recommends cutting out all television and computer games a good 60 minutes before you plan on getting your head down.

Of course, managing to do all that would be pretty impressive, but you might be better off telling your friends about it in the morning. 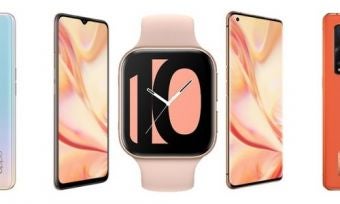 Woolworths Mobile: Get a free OPPO smartwatch with every Find X2 plan