Since the tail end of the 20th century onward, technology has become more and more prevalent to the point where it’s integrated in everything we do to some degree. It’s responsible for the rapid acceleration of globalization, and for changing more or less every aspect of communication and interaction. For some people, technology is an option rather than a constant medium, but for a huge portion of people alive today, digital technology is an indispensable resource. 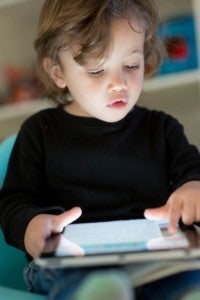 But how do you tell whether you’re a digital native or not? We talked to Lifehacker Australia editor, Angus Kidman, about ways to figure out your digital native status:

4 ways to know if you ARE a digital native

1. You’re frustrated by sites that aren’t optimized for mobile

A vast majority of digital natives will own a smartphone, and will use their smartphone for a plethora of purposes. As Mr Kidman puts it, “if you’re a digital native, you’ll always assume that a web site will work on your mobile”. A website not having a perfectly tailored mobile interface is a heinous crime in a world that has had iPhones for nearly a decade now. There’s really no excuse for it.

The digital native knows that 99% of everything that appears on their television screen is available on demand online. Subsequently, they’re rather confused by people who still play puppet for the television networks by sitting down at 7:30 every night for their favourite show. “If you’re a digital native, you’ll be able to name a dozen YouTube stars,” observes Mr Kidman. “If you’re not, you’ll wonder why everyone isn’t watching Gallipoli.”

Facebooked, Snapchatted, Instagrammed; digital natives have no problem with merging the names of phone apps and the English language. App names become verbs, and these verbs become stand-ins for the actions carried out for the app in question. Mr Kidman agrees, saying that “If you’re a digital native, you’ll happily talk about Tindring someone. If you’re not, you’ll be deeply confused.”

4. You’re constantly on the search for free wifi

If you’re a digital native, you’ve almost always got a phone or a laptop/tablet at hand; if so, free wifi is a godsend for you, and you’ll always be checking for any in the area.

4 ways to know that you’re NOT a digital native 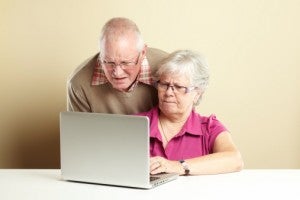 1. Swiping doesn’t seem intuitive to you

Almost 100% of phone apps make use of swiping in some form and with the increasing prevalence of touch screens in laptops, swiping is becoming a big part of computer use as well. So if you don’t like swiping, or don’t see it as an intuitive feature of mobiles and computers by now, you’re probably not a digital native.

2. You’re worried about stamp prices going up to $1

Poor Australia post, its letter delivery arm is losing money hand over fist – because it’s a hand over fist sort of business model in a digital world. We live in an age where the ways you can communicate with someone via free technological services are endless, so if you’re worried about how much it’ll cost you to send a letter to someone – if you’ve even sent a letter to someone other than your grandmother in the recent past – your status as a digital native is doubtful.

3. You don’t feel the need to have your phone on you always

By nature, the digital native requires, or at least desires, constant (if only partial) immersion in technology. One way of achieving this is constantly having your phone on hand. If you can go a day or two without so much as looking at your phone, there’s no question about it; you’re no digital native.

4. You don’t enjoy or aren’t adept at using digital technology