In recent times, there has been a lot of fanfare and promises made regarding battery storage, in particular surrounding the Tesla Powerwall. So, is battery storage finally the answer for those homeowners who wish to go completely off the grid by generating and storing their own electricity?

Firstly, let’s look at how solar battery storage works. The obvious solution for homeowners is to combine solar PV with battery storage – this means using solar panels to convert sunlight into electricity, and then storing the excess in a battery for future use. In order to use this stored electricity, it has to be converted into the alternating current used by a home’s lights, appliances and devices, which is done via an inverter. Sure, this sounds logical, but why aren’t we all rushing out to install solar PV and battery storage?

Recent advances in battery storage technology, including those by Tesla, are making the prospect of supplying all of your own electricity a reality. One of the biggest issues associated with solar power is intermittency – it will only produce electricity as long as the sun is shining, so what do you do on cloudy days? This is where battery storage comes in and claims to solve this issue. Charge up the battery on sunny days and use the electricity at a later date. But much like solar PV, the payback period for battery storage is significantly long, even longer than solar PV, which in most cases is seven plus years, even with the generous subsidies or incentives.

As it currently stands, there are no subsidies or rebates being offered for homes that could make the payback period for battery storage seem reasonable to the masses. Sustainable Incentives do, however, exist for industrial programs. If battery technology continues to evolve at the current rate then the affordability hurdle might just be overcome. So how realistic is the prospect of going completely ‘off grid’?

Can you really go off-grid?

In most instances, solar PV with battery storage will not take a home completely off-grid. For example, how will you charge your battery when the sun doesn’t shine, such as the middle of winter? What happens if you run out of battery power at night? You may have left your pool pump running, for example.

The current convention would see a home use excess solar generation first to top up the storage battery, before moving to off-peak power to top up the rest. As a consumer, it’s important to ensure you have moved to a peak/off-peak tariff or a ‘time of use’ tariff. Currently in Victoria, more than 65% of households are on a flat tariff. In this instance, topping up your battery storage from the grid at any time would be futile.

So, is battery storage finally the answer? Even if we assume that the cost of battery storage and solar PV eventually come down to a point where the pay-back period is reasonable, the answer is a resounding NO. 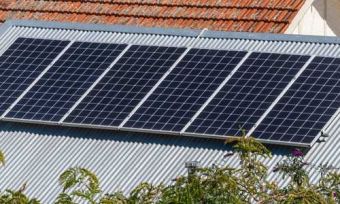