More and more Australians are installing solar panels, but they come with an obvious flaw – they only generate power when the sun is shining. However, Chinese researchers believe they have found a way for solar panels to produce energy no matter the weather – even when it’s raining!

The researches have created a solar panel cell that harvests electricity from raindrops. This is achieved using the triboelectric effect, which converts the force of raindrops landing on the panel into electricity. 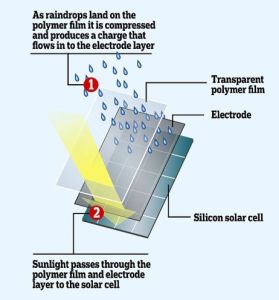 A prototype device, created by the researchers at Soochow University in China, is made up of three layers – a transparent polymer film with an integrated triboelectric nanogenerator (Teng), an electrode layer and a standard silicon solar cell layer. When raindrops hit the solar panel, they compress the Teng layer, creating a current of electrons that flows onto the electrode layer below.

Because the top layer is transparent, the solar cell will still receive sunlight and operate as normal.

Another advantage to this new technology is that the polymer film acts as a protective layer. Researchers also found that by etching grooves into the polymer layer, they can even improve raindrop interactions and increase the amount of sunlight absorbed, boosting the overall effectiveness of the solar cell.

This isn’t technically the first rain-powered solar panel. Researchers are also experimenting whether the minerals in rain water can be used to trigger an electro-chemical reaction with solar panels and generate charge.

When will the rain-powered solar panels be available?

These rain-powered solar panels won’t be available any time soon unfortunately. The technology is in its very early stage and it currently has an insubstantial electrical output. The Soochow University research team simulated rain drops at a rate of one per second from five centimetres up and were only able to produce 2.14 volts of electricity, which is too low to really utilise.

Another challenge faced by researchers is that their hybrid solar cells cannot generate energy at the same time, making them ineffective in light rain and sun-showers.

The good news is that solar experts predict this technology will exponentially improve in the coming years and a version capable of producing hundreds of volts could be available in just 3-5 years. This could be a game-changer for solar technology and help households truly achieve energy independence. 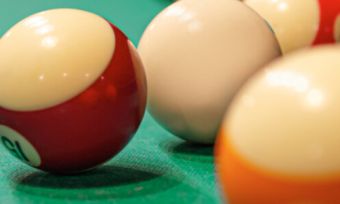