The energy market is rapidly changing, and solar storage units, also known as ‘solar batteries’, are a large part of this. More and more Australians are installing solar batteries to complement their rooftop solar systems, allowing them to store the electricity generated by their panels for use at a later time, or to export back to the grid in exchange for a rebate.

If you’re considering installing a solar battery, then this is your starting point. In this article, we take you through the basics, including what a solar battery is, how it works, where to buy one, how much they cost, and how to get the best bang for your buck.

What is a Solar Battery? 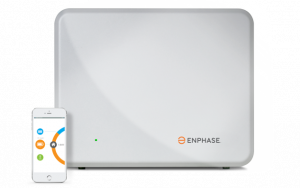 A solar battery acts as an energy storage unit, storing electricity generated by solar panels to use after sunset. Ordinarily when electricity is produced by solar panels that isn’t used immediately by a household, it is diverted to the energy grid, where the customer receives what’s known as a ‘feed-in tariff’ – a small rebate on their energy bill.

Having a solar battery can help customers save money by using power generated from their own solar system, rather than relying on the grid. This is made possible because the price of electricity from the grid (20-35c/kWh) usually exceeds the standard feed-in tariff rate they would receive for exporting power instead of consuming it (5-20c/kWh). Solar batteries also allow customers to take advantage of time of use feed-in tariffs and save even more on power. This way, households can export power in peak demand periods to receive the highest feed-in tariff.

How does a solar battery work?

Otherwise known as an ‘energy storage unit’, a solar battery works by storing the excess electricity generated from a household’s solar system during the day. The surplus of energy that is stored by the battery can then be used later at night during peak usage periods when electricity rates tend to be more expensive.

Using a solar storage unit can help reduce your power bills, and can be connected to an existing photovoltaic (PV) system or installed with a new solar panel system. Most solar batteries will vary in size from 1kWh to 15kWh, depending on the house or small business’s energy usage needs.

Types of solar batteries in Australia

You’ve probably heard of the Tesla Powerwall, but there are loads of other options on the market, including the likes of Redflow and Aquion, who have developed unique technologies to deliver what they consider to be a superior battery. Keep in mind solar batteries are still developing to this day, so you can expect more options to choose from in the future.

Plus, not all batteries are the same. In fact, there are several types, each with their own pros and cons. The most common types of solar battery are Lithium-ion, Flow, Nickel-Iron and Lead Acid, however these may change as technology advances.

Flow Batteries using flowing electrolytes such as bromide or zinc to store and release electricity. The Redflow ZCell and the Imergy Energy Storage Platform (ESP) are two examples of this technology.

Lead Acid batteries are somewhat of a dinosaur in the solar battery space. They are relatively cheap, however they don’t last nearly as long, nor as they as efficient as lithium or flow batteries. 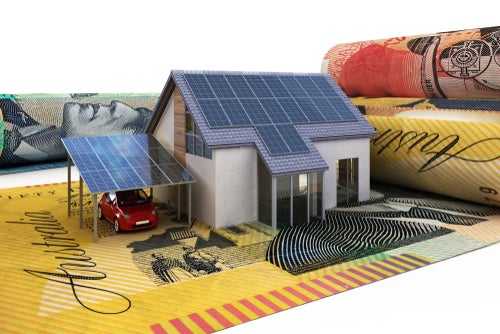 The below list provides the expected price of certain residential solar storage systems, though bear in mind prices may vary in some areas.

*Prices are estimates only and exclude installations costs.

As you can see, solar home storage isn’t cheap – and it’s unclear if the long-term savings a battery can produce will justify its upfront costs. That said, the price of home solar storage has tumbled in recent years and it’s expected this trend will continue. If a solar battery looks a little out of your budget right now, be sure to check prices every six months or so.

Can you go ‘off-grid’ with a solar battery? 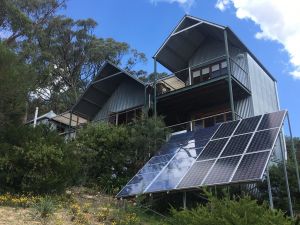 While it is true that solar batteries help homes become more energy self-sufficient, the technology is still some way off allowing most suburban households to affordably exit the grid entirely. This is because most storage batteries only have capacity to meet half a home’s daily energy needs.

If your heart if set on going off grid, then you would require a large solar array and at least 20kWh of battery storage capacity. You will also need a backup diesel generator for those rainy days when your solar isn’t generating and storing energy from the sun.

Depth of Discharge: Most solar batteries are unable to entirely discharge without being damaged. The ‘depth of discharge’ is a metric that describes how much of the battery’s power (in percentage) can be discharged (i.e 80%).

Power (kW): Power is measured in kilowatts (kW) and refers to the maximum amount of electricity that a battery can discharge in any one moment. The more power, the faster the battery will discharge. This is an important specification if your home uses a lot of electricity.

Cycle: A ‘cycle’ refers to a discharge and recharge of a battery. It is often used as a measurement of battery life. Most batteries have a lifespan of several thousand cycles.

Lifespan:  The ‘lifespan’ is an indicator of the time the battery is expected to last before it severely degrades. The lifespan is usually measured in years or number of cycles. The battery is still usable at the end of its lifespan, however it will only be able to hold about 60% of its original capacity.

How to get the most out of your solar battery 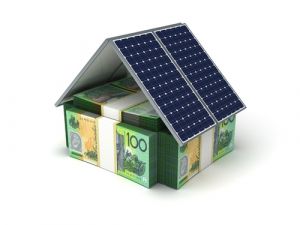 To maximise the potential savings of a solar storage battery, it’s important to ensure you have a suitable electricity tariff. Households with a controlled load or time of use tariff stand to save the most, while customers on a single rate tariff may be unable to get the same value.

Time of use and other flexible rate tariffs charge different rates at different times, meaning electricity is usually the cheapest during normal working hours and very late at night. Electricity is more expensive during peak demand periods – generally between 4pm and 8pm. Flexible rate or time of use customers with a solar battery can benefit from lower rates for most of the day, and use their stored solar power to cover peak period energy usage, rather than relying on the grid and paying higher peak rates. Most solar storage units can be set to automatically kick in between these hours, while some systems are compatible with apps that let you monitor and control when or how your stored solar power is used.

A controlled load tariff can also speed-up your solar battery savings as household appliances connected to this tariff only require electricity for a few hours a day, usually late at night. Customers can even connect their solar battery to a controlled load and charge their battery overnight with grid electricity that’s at a cheaper rate. By morning, they can use their charged battery, rather than pay the full price for electricity.

How to find a great deal on solar

Investing in a solar battery is a huge financial decision, and one that needs to be carefully thought out to ensure there is a return on investment. It’s also important to make sure you are with an electricity retailer that helps you get the best value on solar, otherwise you could be missing out on higher feed-in tariff rates.

While higher feed-in tariffs can influence your decision, you may want to see which solar energy companies are exceeding customer expectations, as well as offering other incentives. Click the link below to review some of Australia’s best solar energy providers. 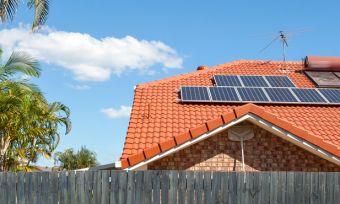