Home solar battery storage is in the early stages of development, and as the next frontier in distributed energy, there are many questions surrounding this movement. While it is still in its infancy stages as a mainstream form of energy consumption, an increase in units installed across the US and Europe is whetting the appetites of Australians who are now stroking their chins in curiosity.

It is a minefield out there of truths and tales, so to help get you up to speed on what solar battery storage is all about, here are five of the biggest myths debunked.

Residential energy storage systems are essentially a collection of lithium ion chemistries, but that doesn’t reduce this system to simply a set of batteries in a box. There’s a lot more to it. It’s a highly integrated system that incorporates an inverter, battery management system, complex software and power electronics.

This advanced technology allows this system to communicate to home automation platforms as well as the local utility. It works together with a rooftop solar PV system making it much more than just a collection of batteries but an entire management system.

This myth has been perpetuated as a direct result of the fact that not all storage systems are integrated, as well as storage often being referred to as ‘simply batteries’ as they don’t come with a built in inverter, software or any other key features.

When storage systems are discussed in articles and reports they too often focus on the cost of the battery without taking into account the price of installation, inverters, cost of design as well as many other components.

All lithium ion technologies are the same

Today, most batteries are a variety of lithium ion. This is where things become a little more complicated, but simply speaking, batteries with cobalt as part of their chemistry – like those designed for electric cars and laptops – have a very different level of risk than those with Lithium Ferrous Phosphate (LFP) chemistry.

The potential for thermal runaway is the main issue here, which refers to a battery’s tendency to burn at high temperatures if damaged. Solar storage systems have entire control systems devoted to avoiding death by discharge for individual batteries. Not all batteries are created equally.

When thinking about power storage it’s common to then consider backup power. With a highly intelligent system, owners often imagine keeping their homes powered through any blackouts or going off the grid completely. None of this is true.

You won’t be left high and dry during a power outage, as your solar storage system will keep your refrigerator running, but the batteries will need recharging as soon as the next day. Sometimes this isn’t possible and can leave system owners without any electricity. Storage systems and generators have very different operations.

The prices of current or developing home energy storage systems are a little steep for the average customer. People paying a relatively low price for electricity may not see the benefit in an expensive system overhaul when considering technology prices will drop in years to come as well as the technology improving significantly over time.

In Australia, where net metering has been greatly reduced, utility rates are already high and with talks of federal government incentives for home solar battery storage, it’s looking to be more financially viable.

Solar energy is already a cost competitive source of energy. Cheap and efficient batteries will of course strengthen its attractiveness, but the fact that solar energy is produced when it is demanded the most, which is in the middle of the day, makes solar energy less dependent on storage solutions than many other energy sources. 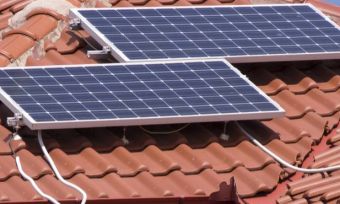