The majority of Aussie parents are happy with their childcare provider, but almost one in three failed to get their first choice. 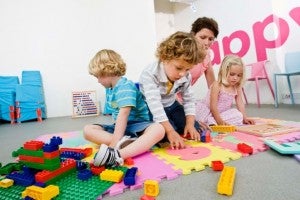 Head of Canstar Blue, Megan Doyle, said convenience was the most important factor for many parents when they were deciding where to send their child.

“There are lots of things to consider when you look for a childcare centre, but for many parents a short drive home is the deal-breaker,” she said. “Parents will naturally want a centre with a good reputation, and great facilities and activities for their child. But more than anything else, they want the convenience of being close to their home or workplace. That is obviously going to limit their options.”

The cost of childcare

The survey, of 934 parents, found the average out-of-pocket expense to $300 a fortnight. 34% of respondents said they often struggle to pay bills on time and 25% have fallen more than two weeks behind with payments.

“$600 a month is going to take a big bite out of most household budgets,” said Mrs Doyle. “Many families are simply struggling to find the money – 52% say the cost of childcare is their greatest cause of financial concern and 54% spend more on childcare than they do on food.”

Despite some families struggling with costs, the majority (76%) of parents believe childcare workers should be paid more.

The majority of parents (87%) said they are happy with the care their child receives at childcare and 89% think their centre has a good reputation.

While convenience, facilities and reputation were important factors when choosing a centre, once a place was secured, quality care was found to be the biggest driver of satisfaction for parents.

“There are hundreds of small, independent childcare providers across the country, but these ratings offer an insight into how parents rate some of the biggest operators,” said Mrs Doyle. “Mums and dads who send their children to Mission Australia Early Learning centres are clearly very happy with the service provided.”