Aged in your 30s? Not feeling particularly important or wanted anymore? Think again.

You may have passed the glory days of your early 20s and find yourself on a career path that hasn’t quite worked out as planned, but there is at least one area in which you are hugely valued and in demand. What are we talking about? Grocery shopping.

Canstar Blue research shows that adults in their 30s represent the key battleground in Australia’s unfolding supermarket price war. Why? Well, consumers in that age group are not only the most likely to pay attention to special offers and promotions, but they are also the most inclined to pack up and take their money to another supermarket chain if they’re not convinced they’re getting a good deal. They are the floating voters of grocery shopping. Their current supermarkets are desperate to keep them, and the others are determined to attract them. What does this mean for shoppers? Lower prices.

Australia’s supermarket price war is well-documented, with ALDI’s growing presence forcing Coles and Woolworths to up their game – and lower their prices. The good news for those supermarket giants, and the likes of IGA, is that most consumers are interested in special promotional offers that feature in television advertising or those huge piles of leaflets that are dropped in our mail boxes, for example. Canstar Blue’s survey of 3,000 shoppers found that 71% pay attention to such advertising, with adults in their 30s (75%) the most intrigued. Interestingly the youngest age group involved in the survey, 18-29 year-old (63%), are least bothered about promotions, we found.

Everyone loves the occasional bargain, but is the odd half price discount or buy-one-get-one-free deal going to keep you loyal to a particular supermarket? For almost one in four shoppers (23%), the answer appears to be no. That’s how many people told us they have taken the bulk of their grocery shopping to a new chain in the last 12 months, with those in their 30s (30%) leading the charge. Those in their 60s (18%) and 70s or over (10%) are least likely to switch.

Everyone wants to feel like their custom is appreciated – no matter what you spend – but how crucial are loyalty programs in keeping customers, or attracting new ones? We’re talking, of course, about the likes of Coles’ Flybuys and Woolworths’ Rewards programs.

Of those consumers who have switched supermarkets, half said it was because they wanted to save money at the checkout, while 15% were looking for better quality products and 12% simply moved house or found another store that was more convenient for them. Just 11% cited rewards programs as their main motivation for switching supermarkets, but that number increased to 18% of adults in their 30s. It also dropped significantly for those aged in their 50s (4%) and 60s (5%).

So what about keeping customers? Our findings show rewards programs are better at keeping existing customers than attracting new ones. Of the survey respondents who haven’t switched in the last year, 15% said it was because they enjoyed collecting loyalty points at their current supermarket. This time adults in their 40s (18%) were found to be the most swayed by the power of rewards, but overall convenience (37%) is easily the biggest reason people continue to spend their money at a particular store, Just 12% of those who are loyal said it was because their chain was the cheapest.

So what makes consumers in their 30s different and important? Well, our findings suggest that adults in this age group are the most savvy about their grocery shopping. They are the most likely to pick where they shop based on the prices of basic products such as milk and bread, and are also most likely to buy private label products over big name brands. With an average weekly grocery spend of $134, they spend just below the overall average of $138 and less than shoppers in their 40s ($167) or 50s ($148). They are the supermarket floating voters – and they know a bargain when they see one.

Adults in their 30s are the most fickle when it comes to where they buy their groceries. But as the supermarkets battle it out for every single customer, it’s that characteristic that makes them so sought after. 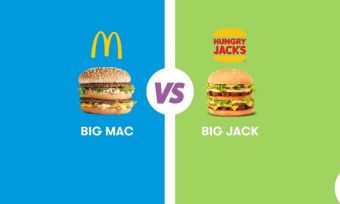 Get the car! Here’s how you can score a McDonald’s McFlurry for half price