A trip to the supermarket should be a fairly straightforward exercise – you park up, head through the door, find the groceries you need (plus a few extra items you probably don’t), pay for them, and head back to your car.

Sometimes it can be that simple… but other times a trip to the supermarket is fraught with blood-boiling frustrations at every turn. Some of them will be the fault of the supermarket itself (such as your favourite cheese, chips or toilet paper being out of stock), while other times you might point the finger at other shoppers – for standing around talking in the aisles or failing to control their screaming kids, for example. It could even be the case that YOU (the sweet, innocent shopper who never does anything to annoy anyone else, ever) are the problem. Is the self-service checkout machine really not working properly, or are you just in too much of a rush?

Whatever the case, a Canstar Blue survey has revealed the biggest supermarket gripes of them all. It even found some subtle differences when it comes to frustrations at different supermarket chains.

Not including complaints about prices (because we’d all like to pay less for our groceries), we asked almost 3,000 Australian adults to name their greatest supermarket grievance, and the results were as follows:

Other areas of complaint included coin-operated trolleys, the height of shelves, and promotional offers taking up aisle space.

The survey identified a few differences between men and women when it comes to the things that get us worked up in supermarket aisles:

When it comes to age groups, the survey found that shoppers get gradually more frustrated about queues at the checkout as they get older. Just 15% of 18-29 year-old named this as their biggest annoyance, compared with 28% of those aged 60 and over. Younger shoppers are more likely to raise concerns over store layout or self-service machines not working properly.

Checkout queues are the top cause of supermarket frustration in every state and territory with the exception of New South Wales, where checkout queues and sold out items both received 23% of the vote. Consumers in Western Australia are most likely to complain about checkout queues (30%).

Checkout queues are the main cause of complaint at Woolworths (27%), ALDI (26%) and IGA (26%), the survey found. The exception is Coles where just 22% of shoppers get frustrated by queues to pay, while 23% say their number one grievance is items being sold out. At Woolworths the number is 21%, while at ALDI and IGA it’s 22%.

ALDI shoppers are the most likely to complain about other customers (15%). That compares to just 10% at IGA, 13% at Woolworths and 14% at Coles. Shoppers at Coles and IGA are most likely to raise concerns about parking (10%), while not being able to find a store assistant is more of a complaint at ALDI (7%) than anywhere else, although there isn’t much in it.

Head of Canstar Blue, Megan Doyle, said: “Ultimately we’d all love to have a supermarket all to ourselves, but it’s never going to happen. The best thing you can do to try and avoid the stress is to pick a quiet time to shop. But again, life is not that simple. That’s why we all seem to end up there at the same time!

“I’m sure most shoppers can tolerate the occasional problem with items being sold out, or having to queue at the checkouts, but it’s when these issues become the norm rather than the exception that people will really get fed-up.

“It seems we’ve been complaining about having to queue up at the checkouts forever, yet it’s an issue the supermarkets have never managed to address to everyone’s satisfaction. The introduction of self-service checkouts has clearly helped get customers in and out faster, but they are not immune to long queues and frustrations. In fact, queuing to use a self-service checkout is arguably more annoying than queuing at a normal checkout because you expect the process to be quicker.

“Most shoppers can probably understand a slight delay at the checkout if they see all the stations are being manned, or in the case of self-service machines, are working properly. But if it looks like the supermarket isn’t helping the situation by not making all checkouts available, people have every right to feel aggrieved.” 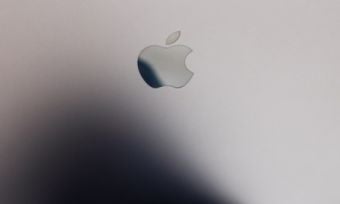