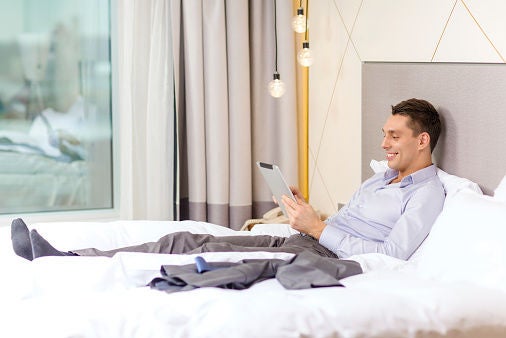 We’ve all experienced one of those mornings when you just can’t face going into work – when the temptation of a ‘duvet day’ is just too good to resist. And a new Canstar Blue survey has revealed the excuses some Australians will use when they want to ‘pull a sickie’.

From a standard headache and general sickness, to unwell pets and cars that won’t start, some people seem prepared to use any trick in the book to get out of going to work.

Canstar Blue surveyed more than 800 business managers to find out the most common excuses used by employees who they suspect of pulling a fast one and the industries in which taking a sickie are most common.

It seems that, for some people, phoning your boss and saying you feel sick just doesn’t cut it anymore. Some managers may expect their staff to be able to work through a common cold, so employees might feel the need to stretch the truth in order to get that day off. That could mean they end up exaggerating a little – or simply lie through their teeth.

You can only imagine what goes through the mind of a manager when a member of staff says they can’t come to work because their pet budgie is sick. But employers should ask themselves why their staff feel inclined to pull a sickie in the first place. If you’re happy at work, you’re probably less likely to try and get a day off for no good reason.

Who is most likely to pull a sickie?

The survey found that one in five small business managers, with 20 or fewer employees, regularly suspect some staff members of pulling a sickie, while 23% believe some people are miserable at work.

Nowhere is this more common than in financial services where 27% of bosses regularly suspect their staff lie to get out of work and one third believe they have miserable employees. At the other end of the spectrum, only 7% of managers in the arts and design industry have the same suspicions about employees being absent, and only 15% of tradespeople believe their employees are miserable.

It’s more common for bosses in the hospitality and food retail sector to organise social events (74%) and regularly ask staff members how they are feeling (94%), but those in education and training services are the most convinced that their workplace is a happy place to work (98%). Managers in financial services (86%) are the least convinced.

How to tell if an employee is pulling a sickie?

Nathan Schokker, found and director of facilities management and concierge services, Talio, said he has confronted staff who he suspected of faking injury or illness.

“I have witnessed people change their behaviour when it isn’t a genuine illness, whether that’s their conscience getting to them or just a sub conscience tick,” he said.

“The excuses I here most that raise suspicion are fake injuries or the like. Unfortunately they don’t normally have the foresight to think what happens when you see them next and ask about it.

“Business owners should keep it honest and simple with their people and pay a little more attention to them and what might affect them. The other big thing any business owner should do is trust their gut! If they think it’s not right, odds are it isn’t right.”

What frustrates managers most?

The survey also identified the reasons why some managers regularly become frustrated with staff members.

The reality is that many small businesses fail, and even those that are successful will only become so after their fair share of blood, sweat and tears. It’s therefore no surprise that the majority of employer complaints relate to wasting time, because time – especially in small business – is money. Anything that distracts people from doing their job efficiently – including the time spent on smoking or drinks breaks – is likely to cause a headache for many managers.

Also causing frustrations for managers is their employees’ use of the internet. One in five bosses said their staff are too liberal with their personal use of the internet and 31% have become so frustrated that they have decided to ban the use of social media. Seventeen per cent said they have disciplined staff because of their internet use, with 13% claiming to have discovered that a staff member had accessed pornographic material.

Ultimately, getting the best out of your employees is an integral part of the job when you’re in charge. Creating a positive working environment might not seem high on the list of priorities when you’re facing the sort of challenges that comes with running a business, but a happy worker is a good worker – and will probably be less likely to phone in sick.