Get your Pokeballs ready because the rumours are true − McDonald’s Australia will be launching Pokémon trading cards as well as another ‘Pokémon-themed’ surprise’ in a Happy Meal promotion later this year.

The popular fast-food chain is yet to confirm the specifics, but so far the website reveals fans can expect to also collect a mix of Pokémon stickers and game card frames with every Happy Meal purchase. Each meal box will include carrot sticks and apple slices, plus either a Macca’s hamburger, cheeseburger, chicken McNuggets, or a wholemeal snack wrap. 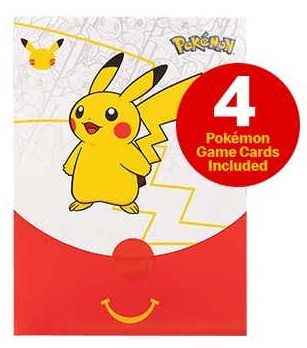 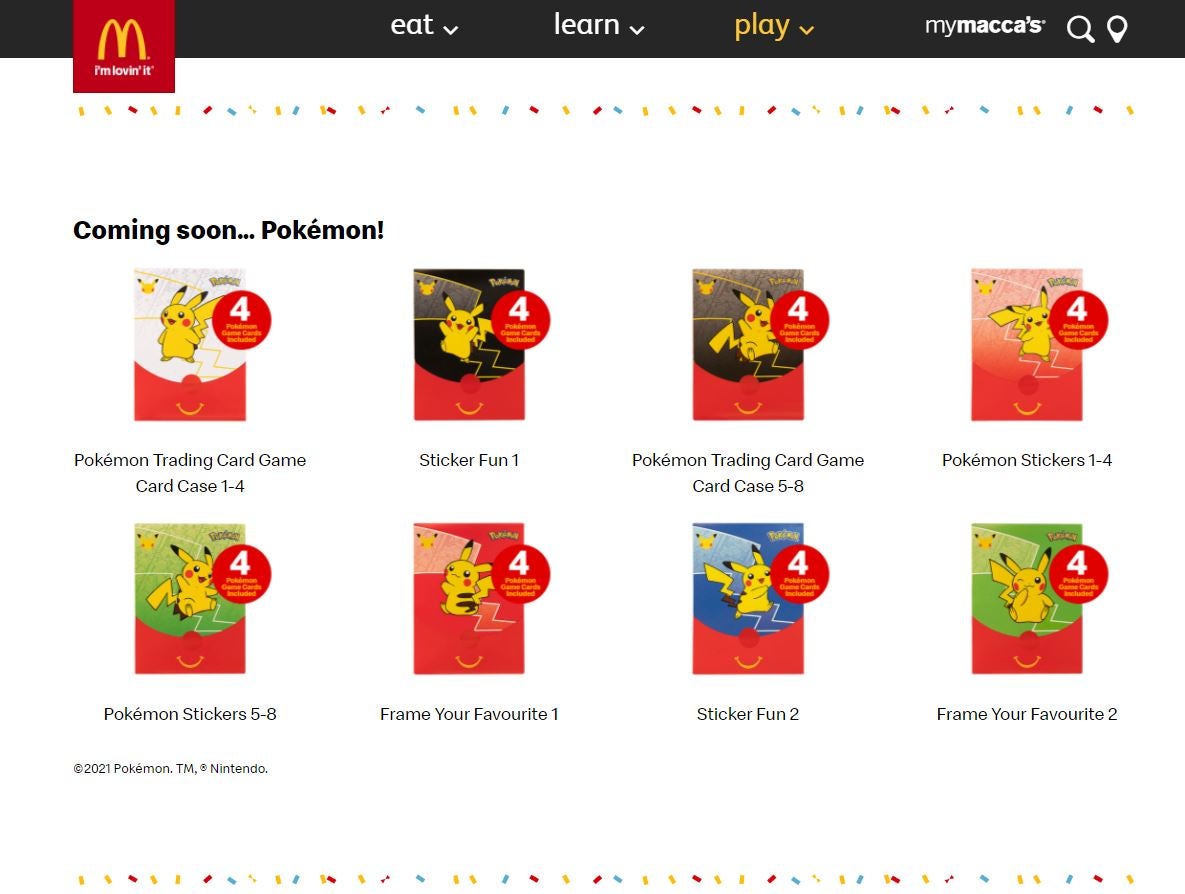 “To celebrate 25 years of Pokémon, McDonald’s is excited to confirm we will be offering Pokémon trading cards as Happy Meal toys in all restaurants later this year,” said Liz Whitbread, Senior Brand Manager of McDonald’s Australia.

“While we can’t reveal all our secrets just yet, there will be multiple trading cards to collect and a Pokémon-themed surprise with every Happy Meal purchase.

“We know how much love there is for Pokémon in Australia, so we look forward to embracing the nostalgia and excitement by introducing the collectable toys later this year.”

McDonald’s previously released all 24 starter Pokémons in the US, including Bulbasaur, Charmander, and Pikachu, with both holo and non-holo trading cards up for grabs.

Great stream opening the new US Maccas Pokemon boosters. Congrats to @CuraCards for winning the pulls on the bottom!

The limited-edition game cards have already been spotted online, with some reselling for almost $6,000 (USD) on eBay.

But for now, there are 14 limited-edition Space Jam: A New Legacy toys to collect ─ such as Bugs Bunny, LeBron James, Daffy Duck, Road Runner, and Marvin the Martian. The Happy Meal promotion is currently available in all McDonald’s stores nationwide, including takeaway, drive-thru, McDelivery, and via the MyMacca’s App.

McDonald’s Australia is currently celebrating its 50th birthday Down Under, offering everything from 50c Big Macs to old-school menu favourites like the Mac Family burger meal and limited-edition Macca’s drinking glasses.

Which Pokémons are included in the Happy Meal?

McDonald’s Australia hasn’t officially confirmed which Pokémon characters are making their way Down Under, but here’s a list of the different Pokémons that were included in the US promo: