Yoga is massively popular, attracting all walks of people from the health conscious, professional athletes and celebrities to ordinary, everyday people. In recent years the types and availability on offer have increased, with Bikram yoga (also known as ‘hot yoga’) the latest craze.

So where did it all start? Read on to understand the origins of yoga, what the benefits are, and why it’s so popular today.

Where did yoga originate? 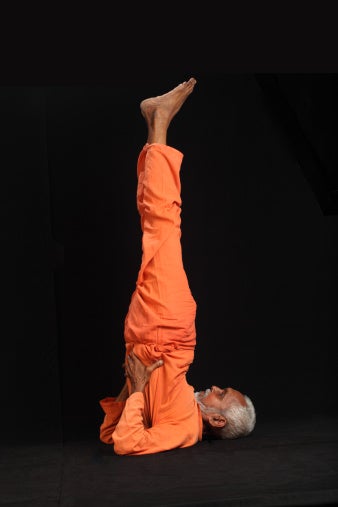 Yoga was developed in ancient India, but the exact time or location remain a mystery. Suggested origins are the Indus Valley Civilisation (3300-1900 BCE) and pre-Vedic north-eastern India (Bihar region), the Vedic civilisation (1500-500 BCE), and the sramana-movement (starting ca. 500 BCE). Translation: Yoga has been around for a long, long time.

Yoga is considered an Indian physical, mental, and spiritual practice or discipline, and was originally practiced as part of the Hinduism, Buddhism and Janism religions.

Yoga came to the attention of the west in mid-19th century, which were the beginnings of the modern-day western yoga known and practiced in most places today. The first Hindu teacher to advocate and disseminate aspects of yoga to a western audience, Swami Vivekananda, toured Europe and the United States in the 1890s.

By the early 21st century, there was a ‘yoga-boom’ in the west, where it was more often associated with being a form of exercise, rather than a spiritual practice. Today, yoga classes endeavour to combine both the physical and spiritual aspects, and are practiced in a range of places from spiritual retreats to gyms and standalone yoga businesses.

Would a single-sex gym work out for you?

What are the benefits of yoga?

Yoga boasts a range of health benefits for both your body and your mind. Physically those who practice yoga as part of their regular routine will benefit from improved flexibility and posture. Yoga is often prescribed as a way to improve poor posture by strengthening back and core muscles, and learning proper techniques.

You can also expect to see improved strength and muscle tone, with yoga stretching and toning the body muscles to make you fit and strong. Many celebrities attribute their much-envied figures to daily yoga practice.

As for the spiritual practice of yoga, the activity is great for reducing stress and finding inner peace. So much so, that yoga is now used for treatment of cancer patients to decrease depression, insomnia, pain, and fatigue and to increase anxiety control.

Many people use yoga as a way to decompress after a busy day at work, or as a peaceful start to their day. Stress has also been found to impair metabolism, so the spiritual aspects of yoga go hand-in-hand with the physical benefits.

Buddy up for winter

Why is yoga so popular?

Aside from the obvious health benefits of yoga, the practice has become increasingly popular because of the variety and availability of it today. Business owners and gyms alike have seen the popularity of yoga and have capitalised on the growing trend. 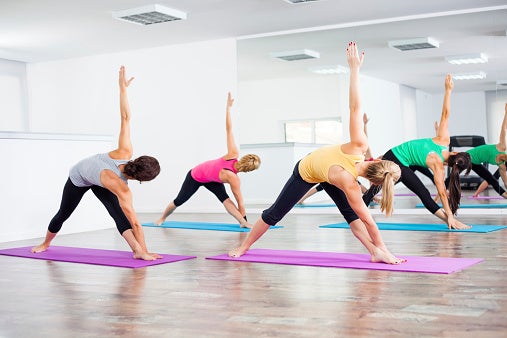 We are now seeing an increase in the varieties of yoga on offer, with Bikram yoga a popular mainstream alternative to traditional yoga. Bikram is a series of 26 basic yoga postures, each performed twice, in a sauna-like room. The heat is cranked up to nearly 40 degrees and 40 per cent humidity.

Bikram offers an alternative for those who feel like they need to sweat it out when exercising, and were previously deterred by the calming and gentle manner in which traditional yoga is practiced.