ALDI has historically done quite well in our survey results. It seems history is repeating itself once again, with this brand achieving our latest Supermarkets Award – just ahead of IGA, Foodland, Woolworths, and Coles.

The most significant driver of shopper satisfaction, according to these results, was value for money; followed closely by the quality of the supermarket’s products, and its available deals and specials.

As this video from Channel 7 shows, however, customers are quick to cite both convenience and layout as key drivers:

Editor’s Note: Both Woolworths and IGA received four stars for overall satisfaction – not three, as the video states. See our full report for the official results.

Presenter: Most Queensland families spend around $250 every week at the supermarket, and it’s usually the same one. Now, thousands of people have been surveyed to discover why they develop such loyalty, and what it would take to make them change.

Helen Wellings (reporter): All the major supermarkets have been rated for customer satisfaction. 2,500 people took part in a survey by Canstar Blue to assess value for money, customer service, variety of products and brands, quality and freshness of products, special deals, location – what matters most.

Steve Mickenbecker (Canstar Spokesperson): First and foremost, it’s value for money. Then there’s quality of products, you don’t want to spend your money on rubbish. Then things like store layout, specials and discounts – they all come into the pecking order as well.

Helen: Overall satisfaction: ALDI beat Coles, Woolworths, and IGA; getting five out of five for value for money, special deals, quality service, freshness, and layout; falling down only on variety of products.

Shopper #2: In here, I know exactly where to go, no matter which store I’m in.

Helen: In the survey, people’s top dislikes are items sold out, and long queues; but they tend to be overridden if the prices are cheap, and the quality is high.

Steve: So that’s really what’s driven an outcome that’s put ALDI right up there in the five star spot. 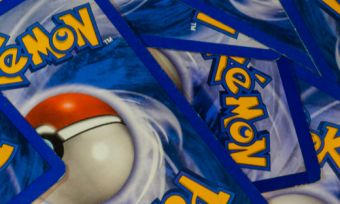