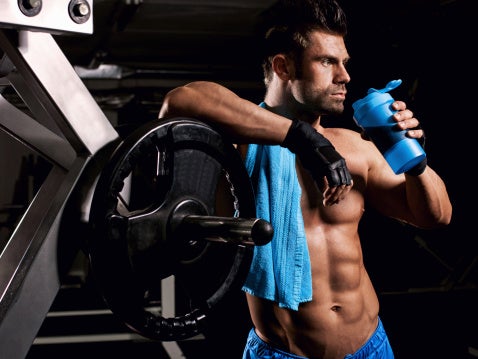 Hydration is important for post-workout recovery, and every athlete knows replenishing the water lost as sweat during exercise is important. But when it comes to sports drinks, the benefits become a little more cloudy. Sure, they contain heaps of electrolytes – but what is an electrolyte anyway? What’s in a sports drink and is it good for you? Here are some facts you need to guide you on post-exercise hydration.

Many people think of electrolytes as the ‘good stuff’ in sports drinks. But an electrolyte is actually the scientific name for the minerals in your blood and other bodily fluids that carry an electronic charge.

Electrolytes regulate the amount of water in your body and affect the pH of your blood, among other important bodily functions. The cells in your body rely on electrolytes to control membrane stability and to carry the electrical charges needed for muscle functions caused by nerve impulses. For this reason, electrolytes are essential to any physical activity.

You may be surprised to hear that you are already familiar with the most important electrolytes your body needs. Sodium and chloride, which maintain blood pressure and support muscle and nerve function, are the most well-known. Other electrolytes include magnesium – which is important for healthy cell function, calcium for muscle contraction, potassium to regulate energy and phosphate for pH balance.

When do I need to replenish electrolytes?

When you sweat your body loses both fluid and electrolytes. While water is key for hydration after a workout, electrolyte supplements will help replenish your mineral losses.

As a rule of thumb, you don’t need to worry about replenishing electrolyte stores for workouts under an hour, where just water will suffice. Most people’s regular workouts aren’t intense enough to need electrolytes immediately afterwards. However, there are a number of factors that can affect this – such as gender (research shows men tend to sweat more than women), size and heat – all of which can influence the amount of electrolytes you sweat out during exercise.

For those who have felt the negative effects of electrolyte loss, you may have experienced extreme consequences such as muscle cramps and fatigue.

What is the best way to rebuild electrolyte stores?

Sports drinks such as Powerade and Gatorade are the most popular electrolyte supplements, because they are high in sodium, potassium, magnesium and calcium. However they aren’t always the best option, as they often come with excess sugar and unnecessary artificial flavouring that adds calories.

You can just as easily restore your electrolyte levels through foods that are high in nutrients and minerals. For example, magnesium is present in dark leafy green vegetables and nuts, while bananas, citrus fruits and root vegetables are high in potassium. Even good ol’ table salt is filled with sodium and chloride, but it’s important not to overdo it on the sodium as it can have negative health consequences.

There isn’t a special post-workout window in which you need to replenish electrolytes lost via sweat, but ensuring your first meal after exercise is nutrient-rich will do the trick!

Can you have too much of a good thing?

Yes, you can most certainly have too many electrolytes, which can be just as harmful to your body as too few. The most common overdose is too much sodium, which can cause symptoms such as dizziness, vomiting and diarrhoea. Other issues include hyperkalaemia (too much potassium), hyperkalaemia (too much calcium), and magnesium poisoning, all of which can cause an array of problems such as heart arrhythmia, nausea, fatigue, lethargy, joint pain and muscle weakness, to name a few.

If you’re starting to feel overwhelmed, don’t panic. It’s extremely hard to overdo electrolytes when consumed as food, and even sports drinks contain only a moderate amount. To be safe, when taking supplements stick to the recommended dosage, always consume in moderation and take with plenty of water.

How to find an extra four hours a week

Would a single sex gym work for you?

How do weight loss shakes work?