A Canstar Blue survey found that 28% of Aussies are planning something special for Valentine’s Day. But if you’re bored of the usual flowers and chocolates, and are not sure what to do, here’s what you need to know when it comes to making ‘VDay’ special for your other half.

How did Valentine’s Day start?

What’s the real story behind the history of Valentine’s Day? The most well-known story about St Valentine is that Emperor Claudius II had outlawed marriage for young men because single men made better soldiers, but Valentine continued to perform Christian marriages in secret. The Emperor had him put to death for disobeying his decree.

While he was in prison for marrying young people, he began helping persecuted Christians escape the Roman prison where they were being tortured. Valentine prayed over the blind daughter of the jailor, Asterius, and she was healed, so he wrote her a letter signed “From your Valentine”.

People loved the story of a priest who gave everything to fight injustice. So at the end of the 5th century, the Catholic Church placed St Valentine’s Feast Day in the middle of February to replace Lupercalia, an earlier pagan festival for the Roman gods of fertility and agriculture.

The French claim to have written the first Valentine’s Day card. In 1415, Charles, Duke of Orleans sent love letters to his wife from his cell in the Tower of London. One of the poems he sent her can be seen in the manuscript collection at the British Library in London.

How do people around the world celebrate?

Some countries such as India, Nepal and Bangladesh restrict “the day of love” to adults only, to prevent children and high school students from being distracted from their studies by crushes. Saudi Arabia is the only country we know of that has banned Valentine’s Day outright since 2008. Florists and gift shops are not permitted to sell or display anything coloured red on this day.

So if you’re looking for something more interesting than chocolates or flowers, why not write your beloved a ‘gaekkebrev’ or take them for a barefoot walk, or hold a Friend’s Day Secret Santa party?

Of course, if you want to buy flowers, you should see which online flower delivery services is rated highest. 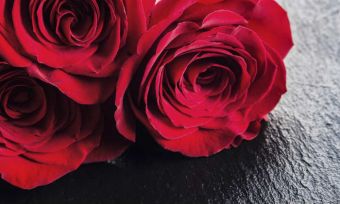 The hidden costs of Christmas tradition