In the latest move to earn your supermarket shopping loyalty, Woolworths has teamed up with Qantas to give customers the chance to win thousands of dollars in free flights.

After watching arch rival Coles capture the imagination of shoppers across Australia with its hugely successful Little Shop promotion, Woolworths is fighting back by giving away $50,000 worth of Qantas flights every day to its customers from Wednesday 17 October until Tuesday 13 November.

Coles recorded strong sales growth on the back of its Little Shop campaign, giving away miniature replicas of some of Australia’s most popular grocery brands, including Nutella, Weet-Bix and Milo, with a set of 30 to collect. Shoppers had to spend $30 to be handed one of the miniature collectables and it sent Aussies into a frenzy.

In a similar manner, Woolworths customers have to spend $30 or more in a single transaction, either in-store or online, and they will get a receipt with a unique code to enter via the Woolworths website to go into the draw to win.

There will be 10 daily winners, each receiving a $5,000 Qantas flight voucher to use to fly anywhere on the airline’s network.

Woolworths Director of Marketing, Andrew Hicks, said: “We know that it’s heading into holiday season and many families will be planning their travel for the year ahead.

“So we’re excited to be able to partner with Qantas for this unprecedented giveaway of $1.4 million dollars worth of flights at Woolworths to help fast track their holiday planning.

“This is one of Woolworths’ biggest ever giveaways and just another way we’re providing value for customers.

“Whether they want to travel to Fiji, Bali or LA, or any other Qantas destination, anyone who shops with us over the next four weeks and spends over $30 has the opportunity to win $5,000 towards their holiday flights.”

“Qantas and Woolworths have been rewarding shoppers for years by giving Woolworths Rewards members the choice to earn Qantas Points, but what’s really exciting about this competition is it gives every customer the chance to win Qantas flights just for buying their groceries.”

Woolworths customers and Qantas Frequent Flyers members can continue to earn Qantas Points on their shopping throughout the competition period when they opt-in through their Woolworths Rewards account.

Shoppers earn one Woolworths Point for every $1 spent on eligible purchases and every 2,000 Woolworths Points reached will convert to 870 Qantas Points each quarter. Bonus point offers will also continue to help members build their points balance.

Be aware that the competition comes with some conditions, including that you’ll need to submit some personal information.

According to a recent Canstar Blue survey of more than 2,000 Australians, the main reason shoppers switch supermarkets is to save money, with 59% of switchers citing costs as their main motivation for trying another chain.

Rewards points are a major draw in keeping shoppers loyal, the research found. Of those who always shop with the same chain, more than half of survey respondents gave rewards as a reason for their loyalty (54%). However, convenience is still the main reason consumers stay with the same supermarket (64%). 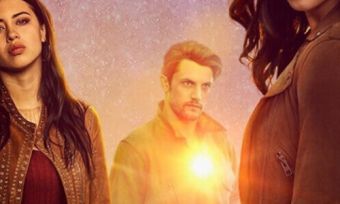