If you’ve logged into Netflix in recent days, you’ve probably seen a new movie called ’22 July’ pop up. You may have swiped past it without giving it a second thought – after all, the title of the movie doesn’t give its story away, plus there are lots of shows and movies with numbers flying around on Netflix these days, so there’s nothing too unusual about that. But this is no ordinary throw-away Netflix evening-filler. In fact, 22 July is the most harrowing movie you’re ever likely to watch on Netflix.

If you’ve put two and two together and realise what the story is about, you’ll feel a sense of dread and unease from the outset. If you’ve clicked play without reading over the synopsis, you’ll soon realise exactly what the movie depicts, and what’s about to unfold. Either way, nothing can prepare you for what you’re about to see. Even if you remember exactly what happened that day, seeing the story brought to life comes with one hell of a shock.

22 July tells the story of the terrorist attack on Oslo and the small island or Utoya on July 22, 2011. Far-right extremist Andres Breivik is shown preparing for, and executing, his heinous act of violence, mostly against teenagers who had gathered on the seemingly safe and idyllic island a short drive from the Norwegian capital. Now you remember the story!

It’s a stomach-turning watch. But a movie you can’t pause and finish another day. It has also proven quite controversial.

British director Paul Greengrass connected with victims’ groups and Norway’s former prime minister, Jens Stoltenberg, to bring the movie to life. He also worked with a Norwegian cast and crew to tell their story, albeit in English. That’s the first controversy.

Another is the graphic violence – the horrors of July 22, 2011 are not sugar-coated by any means, so be prepared.

The movie also, briefly, explores the police response to the attack, and examines the way in which society as a whole deals with such extreme views as those of Breivik. One of the most interesting sub-plots is the way that Breivik’s lawyer deals with having to represent his client.

But perhaps the biggest talking point is the movie’s apparent focus on Breivik himself. Sure, it also tells the story of the survivors, their families, and their painful road to recovery, but it’s hard to imagine that all the families of the victims would be overjoyed about Breivik being made the centre of attention – first in terms of planning the atrocity and then defending his actions in court. Is it appropriate? Should the movie have even been made in the first place?

You can decide for yourself after watching, but judged purely on its merits as a movie, it’s incredible viewing. 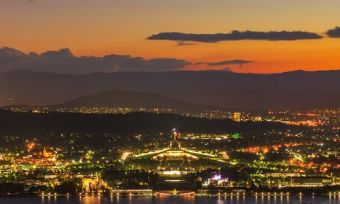 Power bills set to increase by more than $200 in ACT