Thanks to the beauty of streaming, international content is more accessible to us than ever before. American, British, Spanish, Norwegian – you name it, you can watch it. We have so many options that we often forget some of the greatest television and movies are sitting right in front of us. And, you’ve got to admit, after frying your brain with a bit too much American reality TV it can be pretty relieving to hear that sweet Aussie twang.

We think it’s pretty cool to support home-grown talent, which is why it’s important you keep up to date with the latest and greatest Australian content available on your favourite streaming platforms. To kick you off, we’ve created a list of some of the greatest Aussie content available right now – and where you can watch it. Better hop to it cobber!

An Australian creation to combat juggernaut Netflix, Stan has plenty of originals that are created and filmed in Australia, such as Bloom and Wolf Creek. They also heavily feature other Australian television shows and movies, both classics and new, such as Rake and Red Dog.

Bloom is a Stan original which explores our current society’s obsession with addiction and ever-lasting youth after a special plant is discovered after a freak-natural event. This must-see stars Aussie golden girl Jackie Weaver and Phoebe Tonkin, with six episodes currently available.

This home-turf classic stars Richard Roxburgh as Cleaver Greene, a brilliant but self-destructive criminal defense barrister in Sydney. With a full five seasons available to stream, watch Cleaver solve problems within the courthouse, while causing a few problems outside of it.

While the go-to for many independent shows, Netflix has a much smaller Aussie catalogue than Stan. It currently only has two Australian originals in the names of Tidelands and Chris Lilley’s Lunatics (three if you include Hannah Gadsby’s Nanette) but it does have an excellent (but small) collection of Australian TV and movies scattered here and there.

If there’s only room in your life for one more Aussie show, do yourself a favour and tune into comedian Josh Thomas’ Please Like Me. In the first episode alone, Josh (who plays… Josh) is dumped by his long-time girlfriend, forced to come to the realisation about his sexuality, and discovers his mum attempted suicide. Rough.

Glitch tells the story of seven people who return from the dead in perfect health. Small town policeman James is forced to discover how and why the seven are linked, and why they have returned. The third season is currently airing, meaning there’s still time to catch up.

As an Australian company, Foxtel seems to be trying its best to accommodate those wishing to see Aussie content as well as big American name shows and sports. In 2015, it committed to doubling its Australian entertainment programming by 2018, with a number of local TV shows and movies now available to stream.

Arguably one of the greatest prison dramas to grace our screen, Wentworth follows an ensemble cast of Australian women as they attempt to navigate the difficult hierarchy of Wentworth prison. It was revealed last year that 20 extra episodes had been commissioned – filming would begin in September 2019 and episodes released throughout 2020 and 2021, meaning expect plenty more drama to come.

If you’re looking for some outrageously good and outrageously Australian television, you can’t go wrong with the good old ABC. Here you will find hundreds of hidden gems, most of which are home-turf quality content, regardless if you’re in the mood for comedy, drama, horror or a bit of everything.

Diary Of An Uber Driver

Fans of Please Like Me will be pleased to hear that Thomas Ward, co-creator and co-star alongside Josh Thomas, is back with a new show he has written, Diary Of An Uber Driver. The dramedy is basically exactly what is says – following the day to day life of an Uber driver, with a few twists and turns along the way.

Loved Parks and Rec? Then you’ll love Utopia, a mockumentary-style Australian comedy which follows the working lives of a team in the brand-new fictional government organisation ‘National Building Authority’. The award-winning show stars funny people Kitty Flanagan, Rob Sitch and Celia Pacquola so you know you’re in for a treat.

Much like ABC iView, SBS On Demand is an excellent (and free!) way of digging around to find some top-quality Australian television.

Australians around the country have been hyping this one up – and for good reason. The Hunting stars Asher Keddie and Richard Roxburgh, and follows the lives of four teenagers, their teachers and parents in the aftermath of a scandal that rocks a school community.

With a number of providers all offering plenty of movies and TV shows based, filmed or created in Australia, you might see more familiar faces on both the big screen and small screen as streaming services look to bulk up their Aussie content. But if you’re in the mood for something a bit more local for your next movie night, you’re not short on options, which is just how we like it. 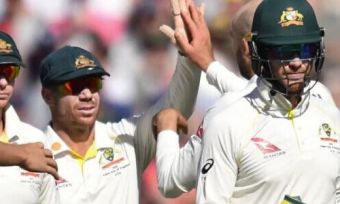 How to watch the 2021 Ashes in Australia

How to watch Curb Your Enthusiasm in Australia