Avid sporting fans have unprecedented access to live sporting coverage from across the globe. For the traditionalists out there looking to reminisce on some of the greatest sporting moments ever to grace a television screen, coverage can be scarce. Grainy YouTube clips can fall short for the sporting connoisseur, but thankfully Kayo has something up its sleeve: its Classic Collection.

Kayo offers customers access to high-quality footage of all your favourite moments from years gone. From motorsports to wrestling, there’s no shortage of classic content, and Canstar Blue has recommendations on the top picks of these classics to give you that juicy hit of sporting nostalgia.

No matter your sporting code of choice, Kayo has plenty on offer with its Classics Collections. Here are some of the top Classics available that you should watch:

Kayo offers a full slate of the biggest AFL games, including a massive selection of nail-biting regular season games, and every Grand Final since 1998. For the cultured sports fan looking for the best-of-the-best only, here’s three AFL Grand Finals on Kayo to put you on the edge of your seat until the final siren.

For the first time since 1961, the Western Bulldogs had secured a spot in the Grand Final, but found themselves facing the heavily-favoured Sydney Swans. The Swans had found themselves in a smattering of Grand Finals in the 2000s and 2010s, but had only secured two flags. The Bulldogs, on the other hand, had an average home-and-away season, finishing seventh on the ladder, while Sydney finished first. It would be an underdog performance for the Dogs. 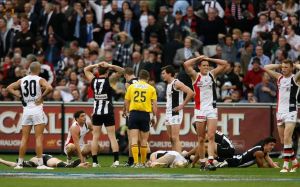 If you ask any AFL fan about the 2010 Grand Final, their first response would be “Which one?”. It was an unprecedented year, with the match ending in a draw as Collingwood and St Kilda couldn’t be separated. Both teams had scored 68 points as a stunned MCG crowd heard the siren blare. The replay was played a week later (also available on Kayo), where a definitive champion was crowned.

This one is an absolute thriller. The Sydney Swans take flight against the West Coast Eagles in front of 90,000 people at the MCG. The game finished with a four-point margin separating the teams, with two-time Brownlow medallist Chris Judd securing the Norm Smith medal. The final kick of the game determined the winner of this fiery contest.

Cricket fans understand how difficult it is to find quality cricket content online. Kayo saves the day once again, however, as they provide a selection of Test classics on home soil. Strap yourself in for some test cricket highlights. 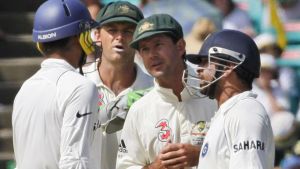 This test series was a tumultuous one, with Indian finger spinner Harbhajan Singh involved in a racially-charged incident aimed at Andrew Symonds, and Jamaican umpire Steve Bucknor dropped in the Third Test after a spate of poor decisions. But neither Singh nor Bucknor were in the spotlight for the Second Test – it was Michael Clarke. As centuries were scored on all five days of the match, the fifth and final day could’ve swung either way – unlike the ball. Enter Michael Clarke, who scored just one run in both innings. As Ponting handed the 26-year-old the ball in hopes of bowling India out with some wiley leg spin, history ensued. The three Indian tailenders fell to Clarke, bowling in just his second over of the day, in what will be considered one of the most important bowling performances of all time.

Cricket’s most intimidating duo of Courtney Walsh and Curtly Ambrose anchored a stacked West Indies squad as they visited Australia in the early 90s. After two drawn matches and Australia snagging one win, the hosts had a chance to seal off victory against a formidable West Indian team in their prime. But with no centuries scored in the match, the fourth test would prove to be a bowling masterclass by both teams, as the match goes down to the wire with one run separating the teams.

This match plodded along for the first few days, but as Australia faced the mammoth task of scoring 369 runs against the nightmarish bowling attack of Shoaib Akhtar, Wasim Akram, and Saqlain Mushtaq, Justin Langer and Adam Gilchrist put up 276 runs to secure the victory. A must-watch purely for the batting masterclasses put on by the youngsters. 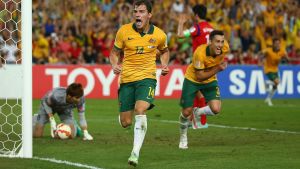 Under the A-League Classics section, Kayo are streaming the 2015 AFC Asian Cup Final, in which Australia faced South Korea in the decider. The fixture was littered with late drama, as the teams couldn’t be separated after regulation time. A memorable Grand Final performance for both teams, available via Kayo.

With no shortage of content to keep you busy during the halftime break as well as through the off-season, Kayo also offers a number of documentaries to keep you entertained if you’ve re-lived through all the glory days of your club.