With so much sport on offer from across the globe in the palm of your hand, accessibility to see your favourite player or team in real-time has never been easier. But for some sporting fans, sometimes hearing professional opinions on sport can be more entertaining than the sport itself. So for the refined sporting fan that prefers talk over walk, Canstar Blue has put together a list of the top panel/talk-shows available on Kayo for you to put your two-cents in.

Looking to see what the experts are thinking? Check out the best talk shows on Kayo below:

Known as the United States’ chief sporting program, ESPN’s nightly discussion program covers the big four American sports, including basketball, baseball, ice hockey, and gridiron. While a variety of personalities anchor the show, cult-figure Stephen A. Smith regularly appears on the show, bringing an air of light-hearted volatility to the program. One to watch for the American sports fans. 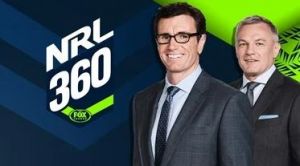 With the NRL season charging forward, NRL 360 proves to be the most insightful program for League fans. Hosted by Ben Ikin and Paul Kent, the show covers a range of topics from the weekend’s footy action, with appearances from competition legends such as Michael Ennis and Benji Marshall.

Hosted by acclaimed sporting journalists Gerard Whateley and Mark Robinson, AFL 360 runs from Monday to Thursday. The program covers players, team tactics, and gives valuable advice on form and fixtures for each team in the competition as the AFL season rolls on. Punditry doesn’t get much better.

Whether you’re a lover, fighter, or lover of fighters, DC & Helwani have you covered for all your mixed-martial arts action. A UFC legend himself, Daniel “DC” Cormier has the expertise to combine with MMA insider Ariel Helwani to bring some much-needed humour to a cutthroat sport, while delivering industry-standard journalism to viewers.

Taking a similar, but just as successful, format as DC & Helwani, this program sees NBA analyst Jalen Rose and ESPN resident host David Jacoby engage in light-hearted conversation on everything basketball-related, as well as topics off the court. A show perfect for the casual basketball fan looking for some laughs along with some food-for-thought.

Road to the Ashes

The Ashes kicks off in November this year, taking place on home soil. To build some hype for test cricket’s most prestigious series, Michael Vaughan, Mark Waugh, Justin Langer, and Brendon Julian join forces to dissect the potential line-ups representing the two nations. Langer’s role as coach of Australia, as well as the legacy of three former professional cricketers makes this program a must-watch for cricket fans. 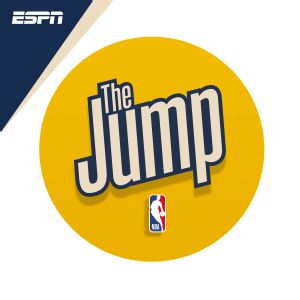 Another ESPN broadcast, The Jump focuses on the NBA, with episodes airing five days a week. Headed by analyst Rachel Nichols, a rotating cast of NBA insiders ensure dialogue is insightful and fresh, as the hosts discuss up-to-date issues, such as injuries, team hot-streaks and slumps, as well as off-the-court events. One for the die-heard basketball fans.

An acronym for the ages, ESPN FC takes a critical look at the world of football. Featuring Craig Burley, Frank Leboeuf, and Dan Thomas, the programs airs daily, and features top-quality analysis, as well as interviews with important football figures. A well-rounded show sprinkled with humour and sincerity, ESPN FC is an important one for any football fans.

If you’ve got the need for speed but want a slower breakdown of the racing world, look no further than Below the Bonnet. With a rotating cast of hosts, including the outspoken Peter Adderton, talking points range from Supercars to F1 and anything in between. With episodes being consistently rolled out, this is one to keep your eyes on. 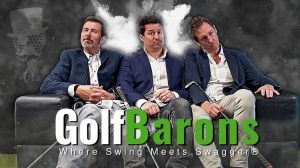 Golf – but make it fun. That seems to be the mission statement set out by GolfBarons. Looking to sprinkle some excitement into what many see as a sport lacking in it, GolfBarons put an innovative spin on traditional golf, discussing the game while playing the game they love. Described as being Top Gear for golf fans, this one seems to appeal to every demographic.

If you’re looking to keep busy during the off-season, or just want to get the behind-the-scenes scoop, check out Kayo’s range of documentaries to keep you going until kick off.