How far would you go for eternal youth? Turns out, a lot of people would go pretty damn far. Especially those existing in Bloom, the mystery-drama starring locals Phoebe Tonkin, Jackie Weaver and Bryan Brown. Fans of the award-winning Stan Original will be pleased to hear that, after a gruelling wait, all six episodes of season two will be hitting our screens on April 9, just in time for the Easter long weekend. To be honest, the timing couldn’t be more perfect.

Created by Glen Dolman and directed by John Curran and Mat King, Bloom tells the story of a country town that is completely destroyed by a flood, killing five people. That is, however, until a new berry is discovered with the power to restore youth for a period of time. Weaver stars as Gwen Reed, a 70-something woman on the brink of death – until she discovers the berry and is transformed into her former 20-something self (which is where Tonkin comes in). While the berry proved life-changing for some, for others it brought out a dark side full of corruption and killings. 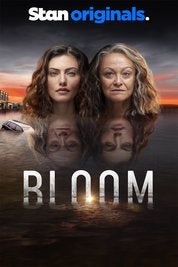 The second season is set some time after the first, with news of the miracle berry spreading far and wide. The plant also transformed ten-fold, with its side effects far more severe, and everyone wants a taste.

The trailer has been released and confirms that Ryan Corr will not be returning for the second season. However, the big three remain – Tonkin, Weaver and Brown – and are met with a large array of fresh faces. Jacqueline McKenzie (Stan Original series Romper Stomper) joins the cast as Anne Carter, the former CEO of a biotech company, who moves to the town with her young daughter and friend’s teenage soon Luke (Ed Oxenbould, Puberty Blues) with the cover of a “tree change”. Hmm – we’ll see about that.

Toby Schmitz (Black Sails) also joins as the troubled new town priest, alongside Jackson Heywood (Home and Away), Gary Sweet (House Husbands) and Bella Heathcote (Strange Angel). Things seem to be ramping up as well, with the trailer offering plenty of hints and insights into the struggles of the townspeople as they deal with potential immortality. Gwen has cheated death once – can she do it again?

Where can I watch Bloom?

Catch all six episodes when they drop on Stan on April 9. Until then, refresh your mind by catching up on the first season and checking out the trailer below.