Do you believe that there’s nothing more comforting than classic television comedy, improved only by the inclusion of a British accent? Can you name all 13 Doctors in order of appearance, along with their companions? Is there nothing that gets you hooked like a brooding main character solving mysteries in a sleepy English town with a sinister underbelly? If you’ve answered yes to any of the above, do we have the streaming platform for you.

Streaming service BritBox promises to deliver a unique viewing experience to Australian audiences, thanks to a specially curated selection of all things UK television. And after a slight wait, we can now tune into all our British favourites, from crime dramas to comedy. So kick back with some tea and biscuits and soak up some good, old-fashioned British telly with this Canstar Blue guide. 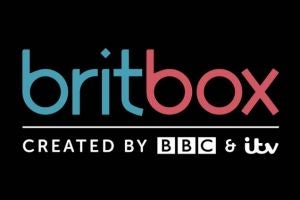 BritBox is the latest in an ever longer line of subscription video-on-demand (SVOD) streaming services to arrive on Aussie shores. A partnership between BBC studios and ITV, BritBox is naturally your one stop streaming service for all things British television. The platform, which has already launched in the UK, US and Canada, promises to provide the “ultimate collection of British comedy and drama, from brand new shows to loved favourites”, according to the platform.

Aside from the fact that it is bursting with British telly, there are a few notable inclusions that have been highly anticipated by audiences around the country. The entire Doctor Who collection will be available to stream on BritBox, spanning all 13 Doctors in their time bending glory, alongside classic British television series All Creatures Great and Small, with its recent reboot also available. There are a number of BritBox original series which will be made available to Australian audiences after airing express from the UK, as well as exclusive content from a range of genres.

How much does BritBox cost in Australia?

For a BritBox subscription in Australia, it costs $8.99 each month or $89.99 for a year. Unlike other streaming platforms such as Stan and Netflix, there are no tiered payment plans for different levels of streaming quality or number of devices, with everything consistent across the board, regardless of how long you sign up for.

Does Britbox have a free trial?

BritBox offers a seven-day free trial, however you must cancel your subscription within the trial period to avoid paying for the following month.

How to watch BritBox

You can stream BritBox on your phone, tablet, computer, Chromecast, Apple TV, Fetch TV or Telstra device, as well as through LG and Samsung Smart TVs. There is no mention at this stage of an Android television app, but it’s likely to assume that the British are coming (to more TVs).

If you’ve gotten your fill of British telly, why not check out Disney+ for some new shows and movies? There are two plan options to choose from – a monthly subscription at $11.99 per month, or prepay for a year at $119.99 and save on the monthly cost. Both plans include the same features, with unlimited downloads and the ability to stream on up to four screens at the same time. This table includes links to a referral partner.

What to watch on BritBox

BritBox has a collection of classic and contemporary British content covering a range of genres, including drama, crime, comedy, documentary and lifestyle. While British telly is the main aim of the game, there are a number of telemovie gems included if you’re looking for something closer to movie-length. Plus it wouldn’t be the BBC without some classic BBC miniseries (we’re looking at you Mr. Darcy). 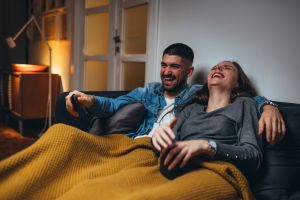 Some of the shows that are available on BritBox include:

If you want some help deciding on a show, check out our guide on the best shows on BritBox.

Is a subscription to BritBox worth it?

There’s something quite nostalgic about classic British television, so if that’s your thing then a BritBox subscription will be well worth the money. Although quite niche, the BritBox library covers enough genres for you to make your way through without it getting repetitive. You’ll also be able to spot numerous familiar faces, as many of the British greats are present including Rowan Atkinson, David Attenborough, Dawn French, Jennifer Saunders and Joanna Lumley… the list goes on!

It may be worth keeping in mind that there is not much in the way of children’s television, so it may potentially not be the best investment if you’re looking to keep the kids entertained for an afternoon. In saying that, there is plenty of opportunity within the BritBox catalogue to introduce the young ones to some of the classics and discover old family favourites for a new generation, and with a month-by-month subscription option that’s more affordable than other streaming services, it certainly won’t hurt to try. And if you’re not sure, check out our ratings on Pay TV and streaming services to see how they all stack up against each other.

What are the best internet plans for streaming BritBox?