No one in Greendale is knockin’ on heaven’s door – quite the contrary. Are you there, Madam Satan? It’s Sabrina Spellman, and she’s officially arrived at the gates of Hell. And she wants blood (well, she wants Nick). That’s right, the breakout witchy Netflix series Chilling Adventures of Sabrina is returning to our streams on January 24, with the highly anticipated third installment.

What is Chilling Adventures of Sabrina?

CAOS is a take on the classic Archie comics series and a darker and edgier remake of the iconic 90s sitcom ‘Sabrina the Teenage Witch’. Premiering in 2018, people were initially skeptical that anything could live up to the brilliance that was Melissa Joan Hart’s world of Sabrina. However, CAOS has blown expectations out of the water, and is one of the most popular shows on the streaming service at the moment.

In case you have yet to dance with the devil, CAOS follows half witch and half mortal Sabrina Spellman (Kiernan Shipka), and her attempt to juggle her ordinary life as a teenager whilst battling against the evil forces that threaten to harm her, her friends, and the only family she has left – two witch aunts named Hilda (Lucy Davis) and Zelda (Miranda Otto).

The trailer (or should I say music video) for Part 3 was released a few days ago – and it’s something. Sabrina is seen singing: “When it comes to love / I’m going straight to Hell” – and by this, we think she means that she is literally going to Hell to rescue her warlock boyfriend Nicholas Scratch (Gavin Leatherwood) whose soul is currently possessed by her dead father (Luke Cook) under the watchful eye of Madam Satan (Michelle Gomez).

Fans have been dying (not as literally as some unfortunate characters in the show) to know what was going to happen to bad-boy-turned-sweetie Nick after he made the ultimate sacrifice. According to Netflix, Sabrina will rally her mortal friends together – Harvey (Ross Lynch), Rosalind (Jaz Sinclair) and Theo (Lachlan Watson) of “The Fright Club” – and make it their mission to free Nick from eternal suffering. It appears that a large chunk of the season will be spent in Hell, especially because Netflix mentions that Sabrina must assume the title of “Queen” after the Dark Lord’s unseating and defend it against a challenger, the handsome Prince of Hell, Caliban (surely, we’re not gearing up for another love triangle?)

The OG cast will remain the same, however we will be seeing some fresh faces joining the cast in Part 3. Sam Corlett (The Dry) will take on the role of The Prince of Hell, and Skye P. Marshall (The Fix) will play Mambo Marie, a voodoo princess who appears helpful but has her own secret agenda. Jonathan Whitesell (Riverdale) will also be coming on board as Robin, a man who travels with the carnival that comes to Greendale and threatens the Spellmans and the coven.

No spells required for this – Netflix renewed CAOS for a Part 4 back in 2018, and the cast are currently filming as we speak! So, that means we won’t have to wait long after we devour Part 3!

Chilling Adventures of Sabrina will be available to stream on Netflix on January 24. Meet you at the gates. 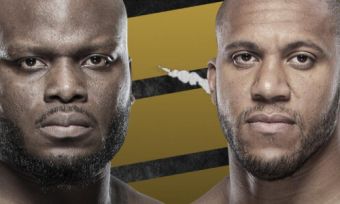