If you enjoy time-travel and you’re a fan of Stranger Things, chances are ‘Dark’ is right up your alley, with the German series unofficially thought of as the big brother of the Hawkins-based Netflix Original. Home to intrigue, wormholes, and a lot of family history that’s best left alone, Dark is returning for a second season, with a lot more time-travel related headaches expected. In a good way.

What is Dark about?

For those who missed the first season, Dark is essentially about creepy occurrences in a small town, which is where it gets its comparison from Stranger Things. What sets Dark apart, aside from it being Netflix’s first German-language original series, is the element of time-travel, as well as the series being a lot ‘darker’ than the adventures of Eleven and her friends.

Dark is set in the fictional German town of Winden (itself a play on the German word for ‘twists’), where children are mysteriously going missing. Four families are drawn into the drama, with the townsfolk also falling victim to time travel, splitting the show between 1953, 1986 and 2019. Confused? Intrigued? You wouldn’t be alone.

What can we expect in Dark season two?

With the final seconds of the first season introducing us to the wasteland of 2052, it appears that we’re going forward in time, as well as backwards. “We’ve done our thinking,” says writer Jantje Friese.

“The second season would put more light on other people in the character structures we haven’t been through that much, while not losing some of the ones that you kind of came closer to. But also introducing new ones, while maybe killing some other ones.” What a tease.

Season two is expected to contain eight episodes, with the show returning to Netflix on June 21, just in time for the weekend. Perfect.

What about Stranger Things?

While you don’t have much longer to wait for the latest season of Dark, you don’t have to wait long for Stranger Things either, with the hit series coming back to Netflix on July 4. There’s been quite a build up over the last few months, with trailers teasing at what’s to come for the Hawkins crew, and by the looks of things, it’ll be worth the wait. It’s a good time to be a sci-fi fan. 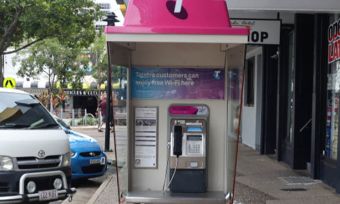