As the breadth of streaming services becomes larger and larger, more companies are aiming to arrow in on a more select range of content. DAZN has aimed to do this by becoming the only boxing-dedicated streaming service in the world. So if you’re a boxing fan, or just a fan of sports in general, then read on with Canstar Blue to find out everything you need to know about DAZN, and if it’s worth signing up to.

DAZN is a streaming platform dedicated to coverage of boxing content. The platform also provides a whole host of other sports in different countries, however Australian fans are only treated to boxing for the time being. The service kicked off in 2015 in the United Kingdom, however it is now available in over 200 countries and territories.

How much does DAZN cost?

There is only one subscription tier for DAZN, which costs $2.99 per month. The ground-breaking quality about DAZN is that the fee covers everything on the site. The pay-per-view system has become uniform with the boxing world, however this isn’t the case for DAZN – what you see is what you get, and no extra payments apart from your monthly subscription are necessary.

How to watch DAZN

To stream boxing on DAZN, simply open the website and launch whichever content you’re looking to sink your teeth into. As far as mobile devices go, iPhones, iPads, Android phones, tablets, and Amazon Fire tablets are all compatible with DAZN. You can also stream boxing on your gaming consoles, including PlayStation and Xbox.

As far as TV and streaming devices go, the list of compatible ones is as follows:

What sports are on DAZN?

Currently, DAZN is a boxing-only streaming service, however Australian customers are being treated to a small array of additional football content, including select games of UEFA tournaments. You can catch live fight nights, daily boxing shows, documentaries, classic fights, and a whole host of other boxing content on the site, so whether you’re trying to catch Anthony Joshua go to work in the heavyweight division, Canelo Alvarez evade some lethal jabs, or a historical documentary on the foundations of boxing, DAZN has you covered.

The football side of the site streams the UEFA Women’s Champions League, as well as a select array of football documentaries. These UEFA matches are live-streamed only, however a highlights package is also released for the low-on-time football fan.

Is DAZN worth it?

There are a handful of sports streaming services in Australia, offering a wide variety of codes, sports and competitions for fans to enjoy. However, DAZN has broken that mould, and is currently looking to appeal solely to boxing fans. The addition of some football content is a good sign for the future, however currently DAZN is only truly worth it if you’re a boxing fan, or a fan of the UEFA Women’s Champions League. For $2.99, boxing fans should delighted at the broad library of content available to them, but for the casual sporting fan, it’s always best to look into your options in the sports streaming world to make the best decision for you, as while $2.99 a month isn’t likely to break the bank, if you’re not getting value out of it, it may be worth putting that pocket change towards something more your speed. 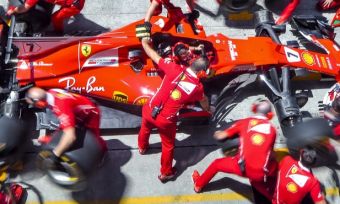