Jen and Judy are the friendship that no one asked for – but now must be protected at all costs. And when we say protected, we mean literally, because the police are after them for murder… Luckily the two are “ride or die, no matter the lie”, right? Watch it all unfold as the hilarious and much-loved Dead to Me returns to Netflix for season two on May 8.

What is Dead to Me? 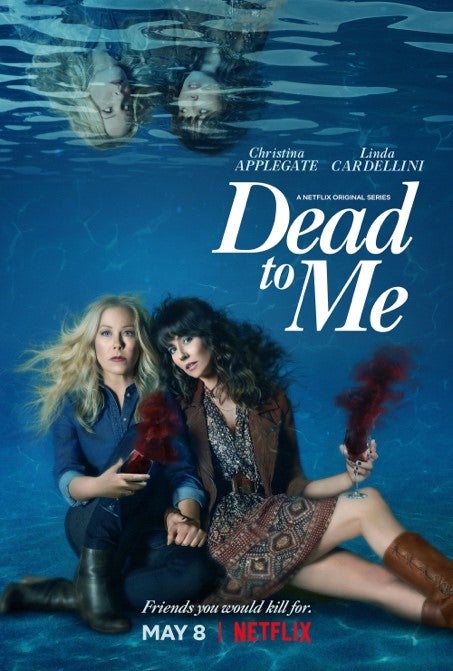 From Emmy Award-winning creator Liz Feldman, Dead to Me was the surprise dark comedy hit of 2019. Christina Applegate (Bad Moms) and Linda Cardellini (Freaks and Geeks) star as Jen and Judy respectively, friends who met at a grief support group and bond over shared trauma after Jen’s husband was tragically killed in a hit and run.

Throughout the season, Jen seeks to find out who was responsible for her husband’s death and enjoys her blossoming friendship with someone who finally ‘gets’ her. Despite concerns of Judy’s ‘chaotic’ and ‘strange’ energy from her friends and family, Jen allows Judy to move into her guest house, much to her children’s dismay.

We don’t want to give too much away in case you haven’t seen season one, but I think we can all draw conclusions that something or someone isn’t who they seem. And there is more than one person responsible. That’s all we will say on the matter.

According to Netflix, in season two, “the stakes are higher, the friendship is deeper and the traumas that bond loom larger than ever before” – and after watching the trailer, we’re likely to believe them. After that season one cliff-hanger, and that body floating (or should we say hiding) in Jen’s pool, the girls have got their work cut out for them.

With a surprise visitor in town and the town’s Detective Perez (Diana Maria Riva) hot on their tails, the two friends (how they are still friends we honestly don’t know) must take some pretty drastic measures to keep themselves and their families safe. Although the show kicks up the crime factor tenfold (everything is bursting into flames around them), the pair are funnier than ever (Applegate and Cardellini are geniuses).

Dead to Me is the You x Santa Clarita Diet crossover you didn’t know you needed. Tune in when the new season drops on Netflix, May 8.